(Minghui.org) Falun Dafa practitioners in Germany held activities on Bunsenplatz in Heidelberg, Germany on December 11, 2021, to commemorate Human Rights Day. They told people about the Chinese Communist Party’s (CCP) crime of harvesting organs from practitioners while they are still alive, and collected signatures on a petition calling for an end to the CCP’s atrocities. Many people wished practitioners success and wanted to show their support by signing the petition. Some Chinese students took this opportunity to quit the communist organizations they joined in China. 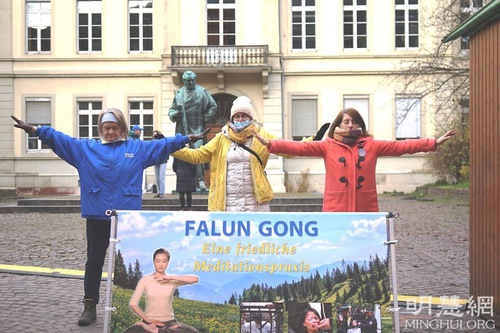 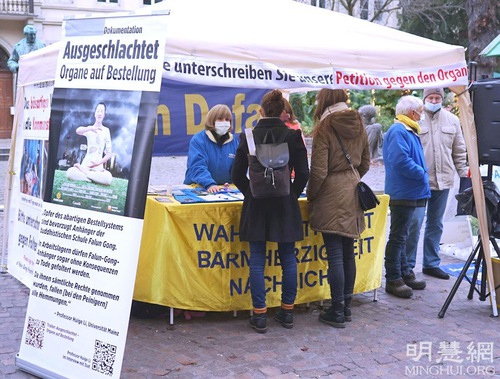 Practitioners expose the CCP’s persecution during activities on Bunsenplatz in Heidelberg on December 11, 2021. 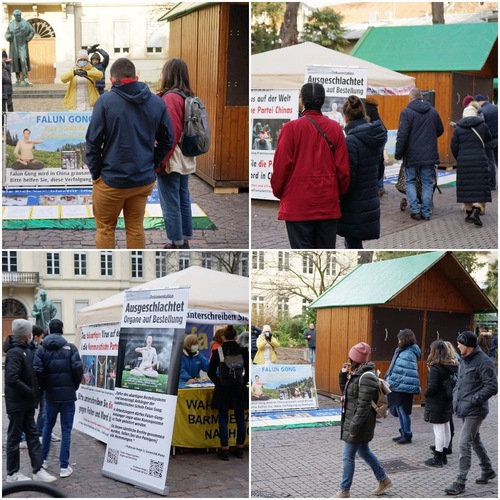 People stop to read the information. 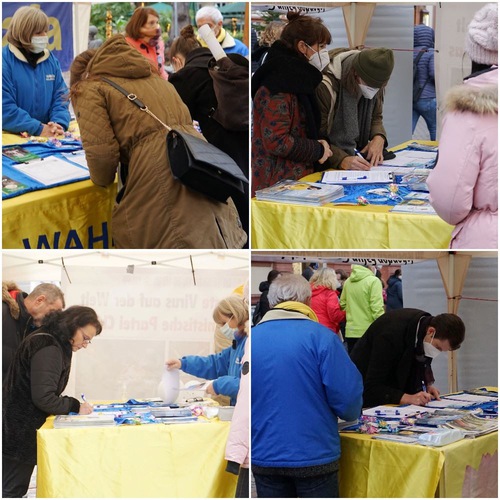 Eva, a student from China, praised practitioners and said, “What you are doing is great! I hope to see more of your activities. You remind people about the evil nature of the Chinese Communist Party. Many have forgotten it.”

A practitioner asked Eva if she had heard about quitting the communist organizations. She said that she hadn’t joined the Communist Party, but joined the Young Pioneers and the Youth League when she was young. When the practitioner explained the significance of voiding her vows to distance herself from communism, Eva decided to quit these organizations using her real name.

A German couple was surprised to learn the extent of the CCP’s cruelty. They decided to sign the petition to help stop the CCP’s persecution.

A young man from India asked a practitioner about the background. When the practitioner explained, the young man asked, “You are from China. Why are you against China?” The practitioner said, “I love China and its traditions and culture, but the Chinese Communist Party is not China.” The young man gave her a thumb-up, and said, “You are right! I support you. If you hold any other activities in the future, feel free to let me know what I can help with.” 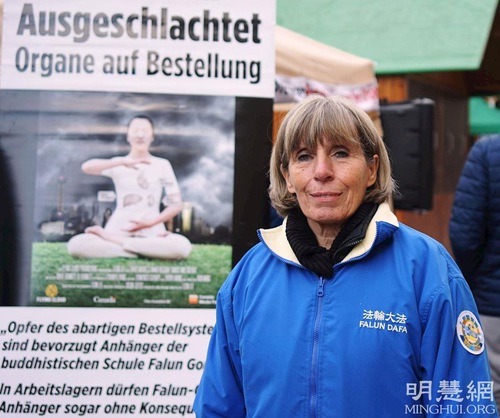 Practitioner Edith said, “Returning to one’s origin and following Truthfulness-Compassion-Forbearance brings hope to our future. I strongly believe I have made the right choice, despite all the CCP slander against Falun Dafa.” 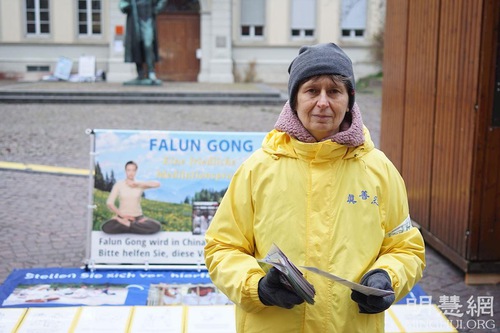 Practitioner Ija started practicing Falun Dafa in 1997. She said that she hopes the Chinese people can see through the CCP’s lies and awaken to the truth. She is determined to continue spreading the truth until Falun Dafa practitioners in China gain their freedom of belief.