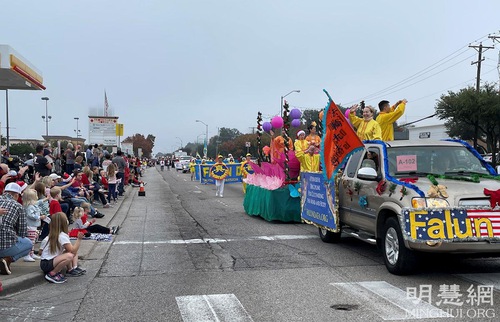 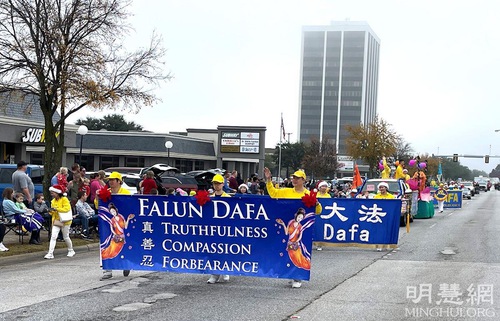 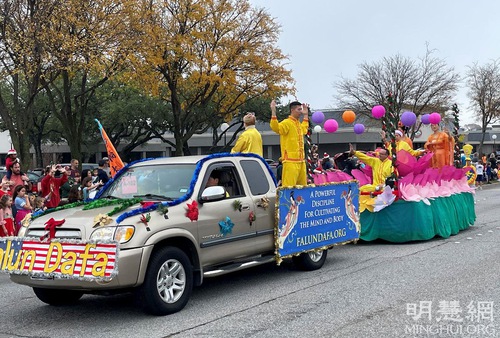 More than 50 groups participated in the annual parade, including schools, clubs, and civic organizations. Commenting that the design of the Falun Gong contingent as a whole was original, creative, unique, beautiful, and expressive, the parade judges presented the group with the “Grand Marshall’s Award.” 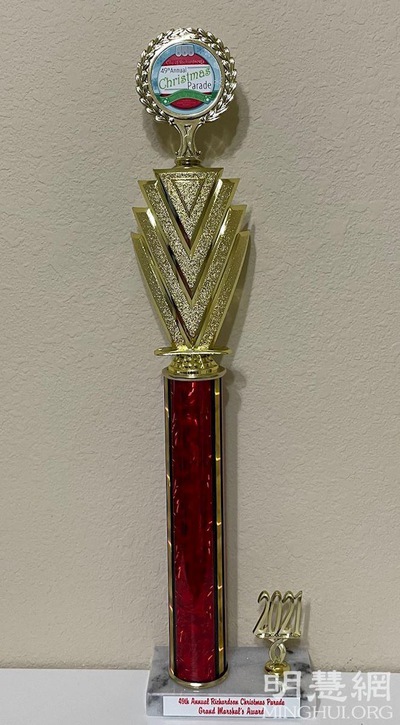 Starting from Richardson High School, the parade followed Coit Road north and ended at Melrose Road as local residents lined the route to enjoy the festivities.

A large lotus flower was the centerpiece of the practitioners’ float, which also carried celestial maidens and practitioners in gold uniforms demonstrating the exercises. Time and time again spectators exclaimed in amazement as the float passed, “It’s so beautiful!”

Seeing the brightly colored banners that read “Falun Dafa, Truth, Compassion and Forbearance” and “Falun Dafa Is Good,” many people took a flier to learn more about the practice. 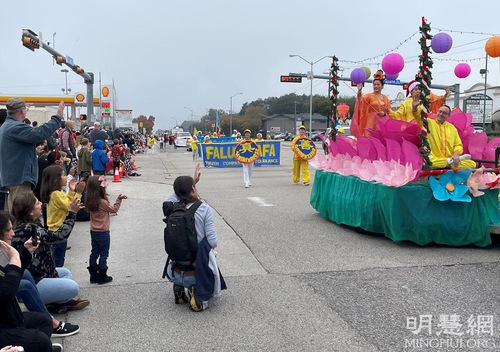 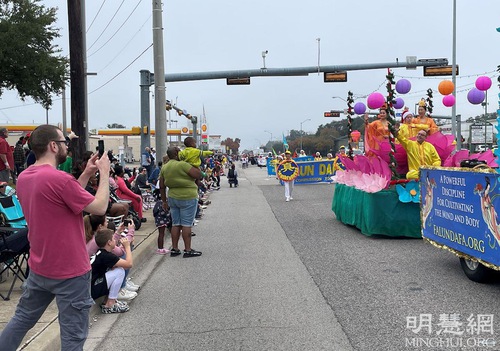 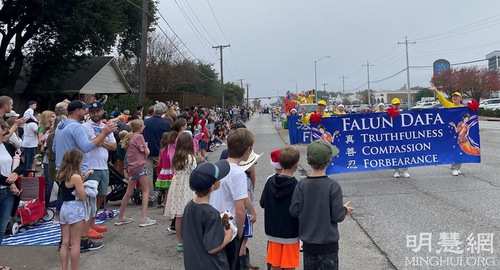 People cheer for the Falun Gong entry in the annual Christmas Parade in Richardson.

A hub for many high-tech companies, Richardson has a large Asian population. An older Chinese couple said they were very happy to see Falun Gong in the parade and added, “We support you!” Another elderly man gave the practitioners a thumbs up and said, “Awesome!” Many people smiled and waved at the practitioners. 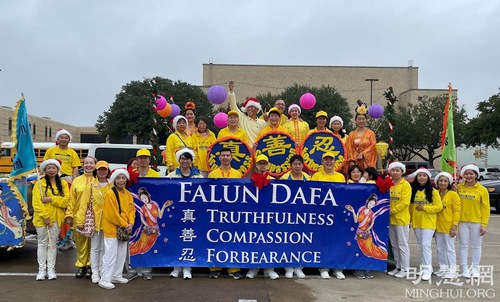 Some of the practitioners who participated in the Christmas Parade in Richardson.