(Minghui.org) On December 10, 1948, Human Rights Day was adopted by the United Nations General Assembly. To mark the event, Falun Gong practitioners rallied in front of the national parliament (Japanese Diet) to appeal to the legislators to speak up for human rights and to sanction officials of the Chinese Communist Party (CCP) who continue to violate human rights. 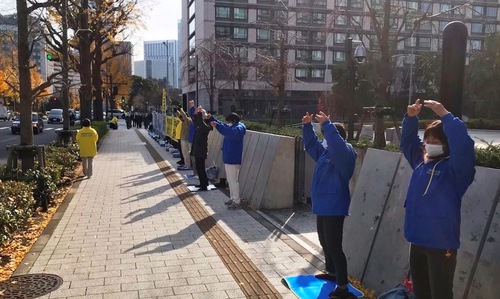 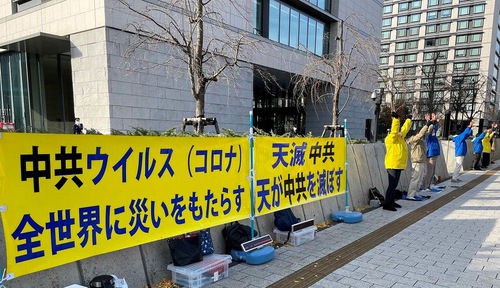 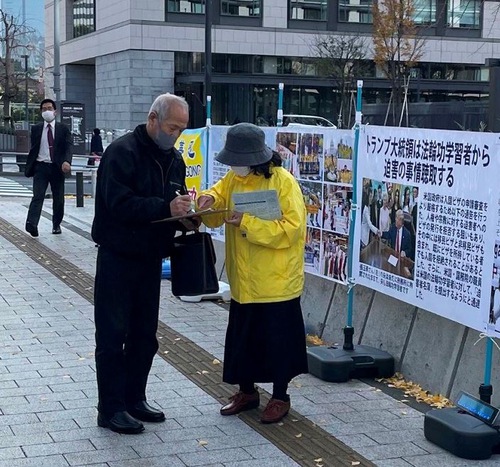 A passerby signs a petition calling for an end to the persecution of Falun Gong in China.

Practitioners have been clarifying the truth outside the National Diet building year round. They set up banners and display boards and passed out fliers to passersby. They also collected signatures on a petition asking that legislators call for an end to the human rights violations perpetrated against Falun Gong in China.

A practitioner said that it was necessary to continue to tell more people the truth about the persecution of Falun Gong for as long as it continues. Falun Gong is still one of the largest and worst persecuted groups throughout the world. After the outbreak of the CCP virus (Wuhan Pneumonia), more and more people realized that the Party is not only persecuting one billion Chinese people, but also endangering seven billion people worldwide. If the world doesn’t recognize the Party's true nature, it will never end the persecution.

After learning the facts of the persecution, many passersby accepted the Falun Gong informational materials, and signed their petition in support of their efforts to end the persecution in China.

“What Master Provides to Us Is Enormous”

“Lessons Learned from a Customer”