Elected officials and members of human rights organizations from the U.S., Canada, Belgium, the U.K., India, and Romania spoke during the online event. They put forward suggestions on how to protect Falun Gong practitioners’ basic human rights, especially freedom of belief and freedom of speech, through legislation and expansion of media influence. Falun Gong practitioners are brutally persecuted in China, and countless have been killed through the illicit practice of live organ harvesting.

Numerous speakers mentioned the Universal Declaration of Human Rights that was written in Paris on December 10, 1948. That same year, people vowed that the atrocities committed by the Nazis would never happen again.

But 73 years later, under the CCP’s rule, Falun Gong practitioners and others still cannot exercise the most basic right—freedom of belief. Worse, many are even killed for their beliefs. The CCP continues to commit crimes against humanity and genocide, which must be stopped. 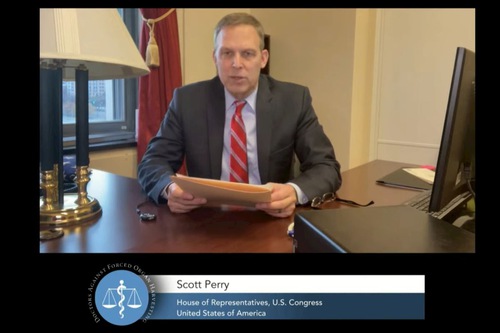 U.S. Congressman Scott Perry said, “Our nation continues to witness increasingly distressing examples of communist China’s depravity and see clearly that it has directed a campaign to harvest the organs of Falun Gong practitioners. These are living people having their organs taken from them. Some one and a half million believers may have lost their lives as a result.”

He indicated that the CCP’s crimes against Falun Gong could constitute one of the worst atrocities committed in modern times. He declared that a targeted piece of legislation to specifically address the persecution of Falun Gong in China was needed; that it was time to introduce a “Falun Gong Protection Act.”

He said that the passage of this bill would authorize the U.S. President to sanction anyone who directly or indirectly contributes to organ harvesting in China. It would also allow the Secretary of State to determine whether the CCP’s persecution of Falun Gong constitutes genocide, a crime against humanity, by its definition.

The bill would also strengthen the internationally recognized basic principles of human rights, that is, to life, liberty, and personal security. No one should be held in slavery or servitude.

He said, “China's persecution of Falun Gong, whether by forced organ harvesting or unjust imprisonment or forced labor, is evil and perverse, and Congress must commit to ensuring that millions of Falun Gong practitioners are not denied the freedom to exercise their religious beliefs.”

He said he looked forward to working with everyone to move the bill through Congress.

Member of Belgian Parliament: Put the Persecution of Falun Gong on the Political Agenda 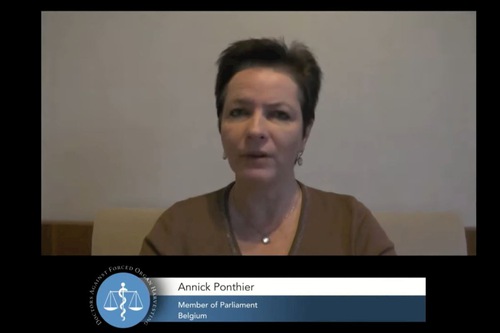 MP Annick Ponthier of Belgium said forced organ harvesting should get a lot more attention from both the media and policymakers because it constitutes an undeniable crime against humanity.

She said she became personally acquainted with the problem by viewing the ruling of the China Tribunal (an independent people’s tribunal to inquire into forced organ harvesting from prisoners of conscience in China) in the spring of 2020. She then did her own research. She attended the World Summit on Combating and Preventing Live Organ Harvesting in September 2021, which increased her knowledge on the topic.

She believes that the CCP persecutes Falun Gong because the principles of Falun Gong are different from the ideology the CCP imposes on its people. That has prompted the CCP to subject Falun Gong practitioners to brainwashing sessions, illegally detain them, and torture them mentally and physically. The Party also uses the media to instill its slanderous messages in an attempt to turn public opinion against Falun Gong. She said how she couldn't understand how a country that has signed the Universal Declaration of Human Rights could act so cruelly in today’s world.

She said that everyone should pay attention to Falun Gong, because its practitioners make up the greatest number of victims in the CCP’s crime of live organ harvesting. Both she and her party hope to pass their resolution and put it on the agenda to stop the CCP’s persecution of Falun Gong. 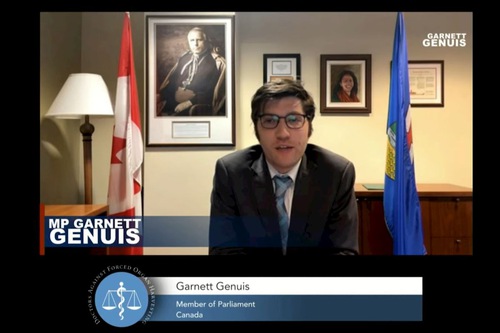 He indicated that all parties should take action to stop the CCP’s live organ harvesting because it is an urgent human rights issue. He specially mentioned the “Universal Declaration on Combating and Preventing Forced Organ Harvesting” announced during the World Summit in September.

He said, “This declaration is an international roadmap to the steps that countries around the world, including Canada, could take to stand up and protect the fundamental rights of all victims of forced organ harvesting and trafficking.”

He agreed that in facing the ongoing persecution, one must make a choice. “To remain silent is to help the wicked. Therefore, more countries must take action to jointly stop the CCP’s persecution of Falun Gong.” 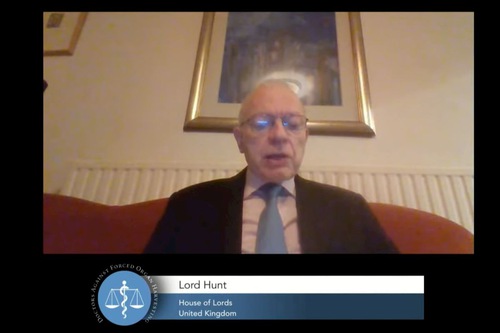 Lord Hunt, former UK Minister of Health and MP, said that he was shocked when he heard about the CCP’s live organ harvesting. He indicated that legislation should be perfected to prohibit going abroad to obtain involuntarily sourced organs, especially when a third party will gain huge profits.

He also specifically mentioned that the sources of the plasticized bodies used in the human body exhibitions are also unknown, and there should be legislation requiring all the information to try to stop the CCP’s abhorrent crimes. 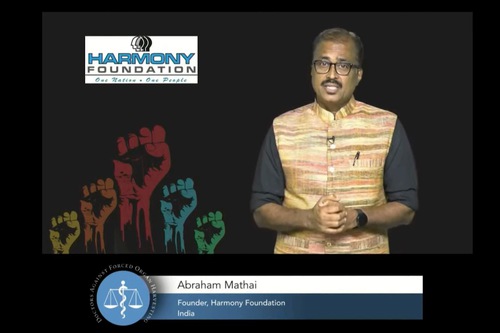 Dr. Abraham Mathai said that, for over 20 years, Falun Gong practitioners have been subjected to forced live organ harvesting: “If we turn a blind eye to such a heinous crime, where is our conscience? The Universal Declaration on Combating and Preventing Forced Organ Harvesting is a supplement to the Universal Declaration of Human Rights issued 73 years ago. We should stop the CCP’s live organ harvesting.” 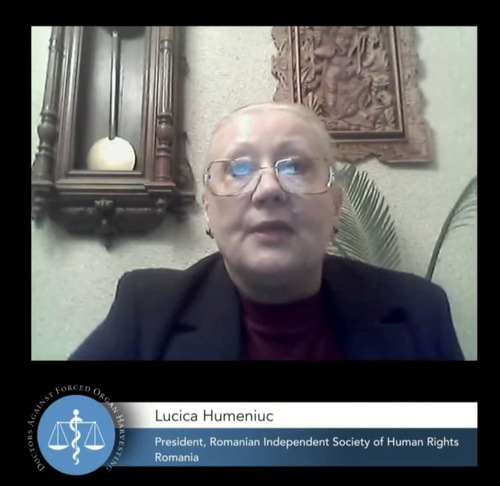 President Lucica Humeniuc of the Romanian Independent Society of Human Rights said that the recent Universal Declaration on Combating and Preventing Forced Organ Harvesting marks a turning point and that there is an urgent need for an independent international monitoring and reporting mechanism on the human rights situation in China.

She said, “In the 21st century, the forced harvesting of organs from living persons is by no means just a national problem, but a problem of humanity. The declaration, which calls on all organizations and individuals around the world to jointly sign, is a tool to stop the brutality of the CCP.” 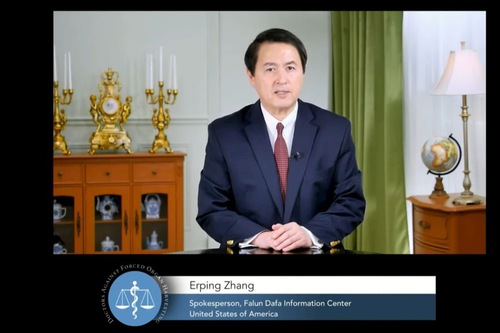 Mr. Erping Zhang, spokesperson for the Falun Dafa Information Center, talked about Falun Gong and the CCP’s persecution of its practitioners over the past 22 years. He pointed out that Falun Gong practitioners have persevered in their faith and do their best to let more people know the evil nature of the CCP.

Falun Dafa (also known as Falun Gong) was first introduced to the public by Mr. Li Hongzhi in Changchun, China, in 1992. The spiritual discipline is now practiced in over 100 countries and regions worldwide. Millions of people who have embraced the teachings—which are based on the principles of Truthfulness, Compassion, and Forbearance—and learned the five exercises, have experienced improved health and well-being.

“What Master Provides to Us Is Enormous”