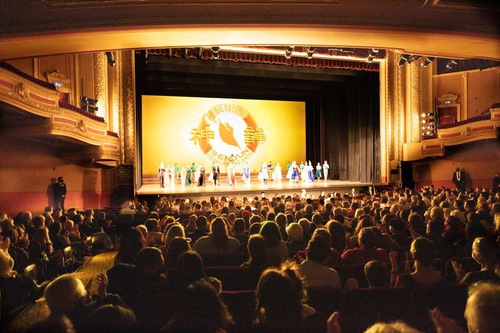 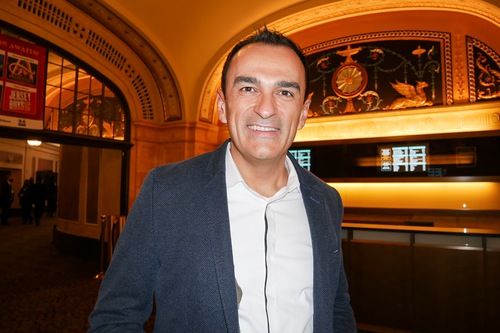 Claude Balestra, Vice President of Finance Transformation Lead at Cargill, saw Shen Yun with Marianna Pavan, an engineer, at the Orpheum Theatre in Minneapolis on December 4.

He said he was particularly impressed by the erhu, also known as the Chinese “two-stringed violin.”

“That was very amazing to see the two-stringed instrument do all that,” he said.

“I loved the dancers, loved the songs, different performances,” she said. “It was just very peaceful and very calming, and it was a celebration [of life] at the same time.” 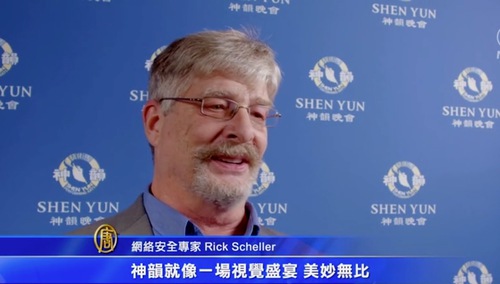 Rick Scheller, an IT supervisor, saw Shen Yun at the Orpheum Theatre on December 3.

“This gave me a chance to turn off my mind and turn on my heart and my soul and just feel and just be and just live,” Mr. Scheller said.

“I was there every minute. I turned off my brain and let my heart call and just let it flow with the people. Sometimes [I] just re-focused my eyes so I saw everything and not just one individual person. I saw a whole production from end to end and the journeys of the characters. I’m a changed person,” he said.

He elaborated on how Shen Yun brings out historic wisdom as well as the hope for a bright future.

“Our everyday life is bombarded by common sense, by hard facts and things that are going on in the economy and our house payments and how much our salary is and our money and everything like that. But that’s all a temporal struggle.

“There’s a very distant past and there’s a very, very bright future, and I think seeing things like this allows you to feel that again.

“I yearn for that kind of history... Coming from 200 measly years of history, and looking at thousands [of] years of struggle in history, it’s incredibly moving. It’s soulful and I hope I can hold this feeling for a long time,” Mr. Scheller said.

He also expressed his appreciation for the performers and artists behind Shen Yun, particularly the Artistic Director of the performing arts company.

“If I could talk to him, I would thank him so much for giving me a place where my heart can come out without my mind attached and just feel,” he said.

“As I get older—I feel older now—I feel like I’m finding that spot, that spot of where the heart and mind work together, and this was the best example I’ve ever seen.

“When the show was over and we were applauding the orchestra pit, I made eye contact with one of the violinists and took off my mask and said, ‘Thank you,’” Mr. Scheller said. He said the violinist smiled back.

“Gave Me a Deeper Appreciation for Life and Culture” 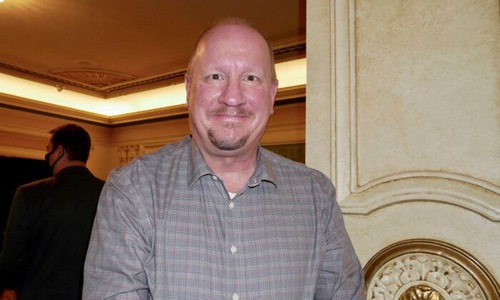 “A very moving experience... It’s a wonderful experience,” Mr. Joachin said. “And the costumes are amazing and the dancers are just wonderful.

“[The performer’s] skills are... almost unbelievable—the way they move and tumble and dance and jump and fly through the air... They were amazing to watch.

“You could feel the emotion coming through from what they do and you really get into the story. It was very easy to follow the storylines of all of the dances,” Mr. Joachin said.

He was amazed by the diversity of movement and stories that were portrayed. “They covered such a broad scope... The quality was absolutely wonderful. I can’t remember a performance here in America that I’ve seen as close to that,” he said.

“It gave me peace. It gave me serenity. It gave me a deeper appreciation for life and culture... It’s something I won’t forget. It was a unique experience that I’ll remember for a very long time,” he added.

Mr. Joachin remarked he was particularly touched by the scenes of heaven.

“I feel them very deeply inside. It’s very spiritual. You realize you’re just a small part of something greater, much bigger.”

He was also impressed by the performance of Shen Yun’s soprano and the message she imparted to the audience.

“[Human beings are] divine, we come from Heaven. She was wonderful,” he said. 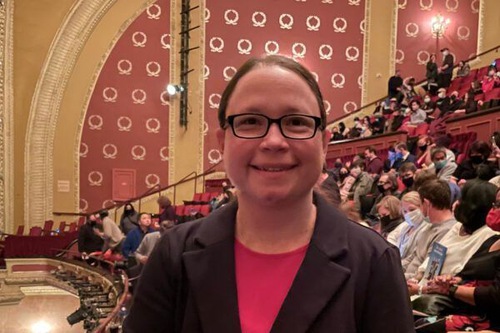 “I think it’s super important... to make sure that the heritage and the culture are held up for future generations,” said Ms. Nistler, who plays the flute and is a vocalist with an Irish band.

“I think it’s very lovely, between the dancing and the live music. [Shen Yun] really puts together a show [where] you can see imagination and creativity and the history of China.

“The costuming and the dancing has been inspirational and very artistic,” Ms. Nistler said.

One dance that resonated with Ms. Nistler was a modern piece that depicts how the Chinese communist regime carries out campaigns of persecution against innocent people, including forcibly harvesting organs from detained prisoners of conscience.

“They were showing the hospital and the women and the abuse—that really hit me pretty hard. You know it’s there, but you don’t really think about it too often. And so, to see it played live in front of you, that was hitting me,” she said.

Ms. Nistler said she was particularly impressed with the soprano who sang in the classical bel canto style. The technique is known to have been used in early European operas, but according to Shen Yun, it was also used in ancient China, and the company is reviving it by bringing it to modern-day audiences.

“She was absolutely beautiful at the high notes and [the lyrics were] very dreamlike. Very touching,” she said. 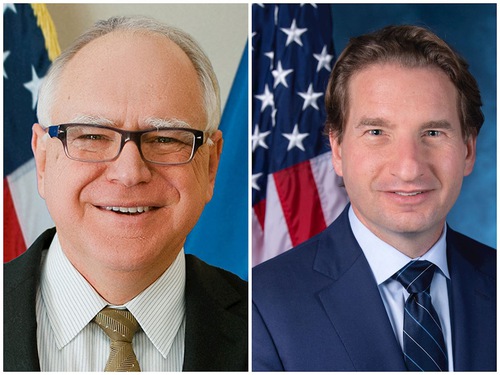 Prior to Shen Yun's performances in Minneapolis, Tim Walz, Governor of Minnesota, and Dean Phillips, Member of Congress, each issued a welcome letter to the performing arts company. (Minghui.org) 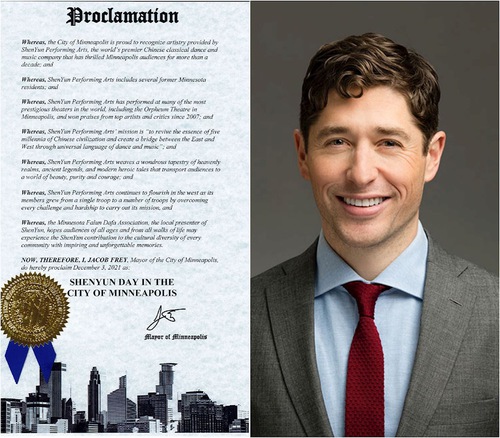 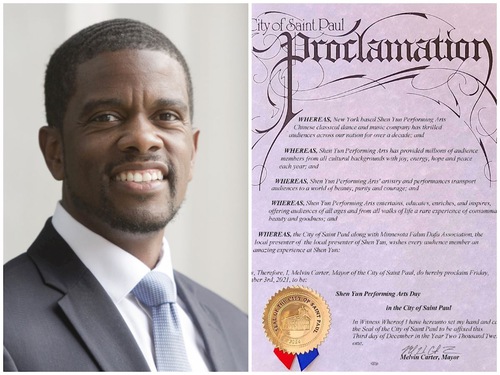