The streets of Chennai, India’s “manufacturing capital,” were flooded by the heavy rains that fell from November 7 to 8, 2021. Many people and vehicles had to wade through the water. Firefighters sent by the government used rubber boats to evacuate residents in the disaster area.

Chennai is located in southeastern India. It is the largest city along the Bay of Bengal and the fourth largest city in India.

The Chao Phraya River in Thailand was affected by high tide and its water level rose, and the overflowing water flooded many areas of the capital Bangkok from November 8 to 10. People had to wade through the streets, and many sandbags were stacked around the market.

The British Broadcasting Corporation (BBC) reported on November 12, 2021 that an Adélie penguin, mainly living in Antarctica, appeared recently in a coast sound of Christchurch, New Zealand, at least 3,000 kilometers away from its habitat. This is the third time in history that Adelie penguins have been found off the coast of New Zealand. The first two records were in 1962 and 1993.

The veterinarian checked the penguin and found that it was a little underweight and had symptoms of dehydration.

According to data from the Lightning Detection Network of Weatherzone, Australia’s largest weather information service company, within the 24 hours as of 8 a.m. on November 11, 1.37 million lightning bolts were detected in central and eastern Australia, including cloud lightning and lightning between clouds and the ground. 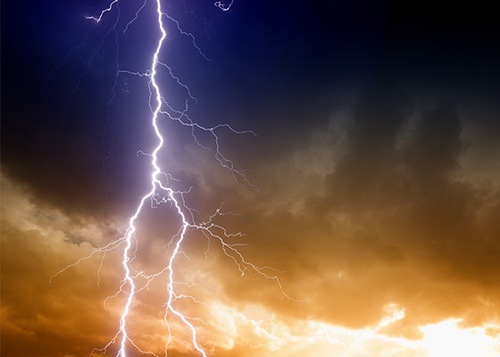 Weatherzone’s data shows that Alice Springs in the Northern Territory recorded about 140 mm of rainfall from November 9 to 11, of which Wednesday (November 10) saw rainfall as high as 100.2 mm, the highest amount in a single day in 21 years.

The rainfall in Applethorpe, a small town in Queensland, reached 86.8 mm in one day from November 10 to 11, a 9-year record.