Home > News & Events > Parades & Other Community Events
Montreal, Canada: Practitioners Raise Awareness and Call for an End to the Persecution
Nov. 12, 2021 | By a Falun Dafa practitioner in Canada

(Minghui.org) Falun Dafa practitioners held a parade in Montreal on November 6, 2021, to call for an end to the Chinese Communist Party’s (CCP) 22-year-long persecution. Many residents praised them, and some said that everyone should be concerned about the persecution. Practitioners told people about Falun Dafa, exposed the CCP’s brutal persecution and forced live organ harvesting which targets practitioners.

Reports from witnesses and Chinese physicians reveal that large numbers of imprisoned Falun Dafa practitioners have been killed for their organs, which are sold and transplanted for profit in the CCP’s state and military hospitals. 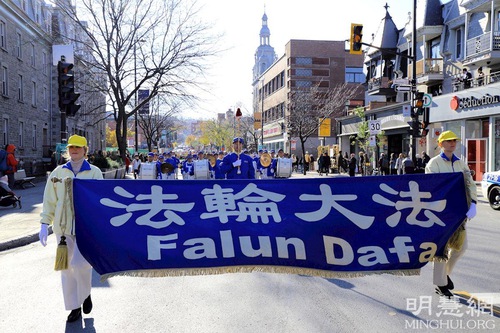 Practitioners held a parade along Montreal’s Mont-Royal Avenue on November 6, 2021.

As the parade started at 1:00 p.m., practitioners headed eastbound on Mont-Royal Avenue, one of Montreal’s trendiest and most popular shopping areas. Many people stopped, applauded, put their thumbs up, or whistled to show their support for Falun Dafa practitioners as they paraded through the streets. 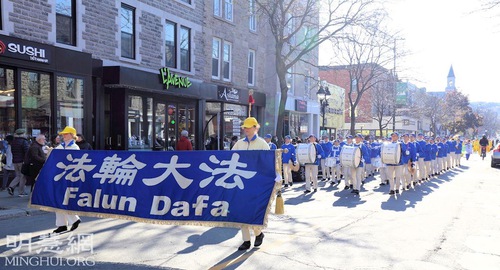 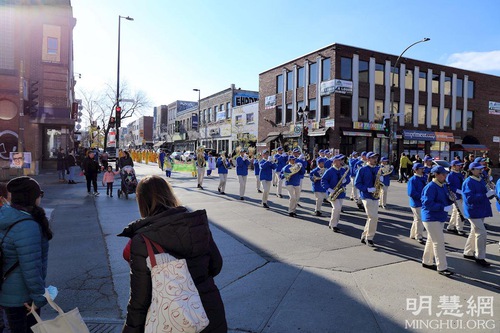 A group of Western Falun Dafa practitioners followed the Tian Guo Marching Band and demonstrated the five sets of exercises. With smiles and serene expressions on their faces, they demonstrated the gentle, slow exercise movements. 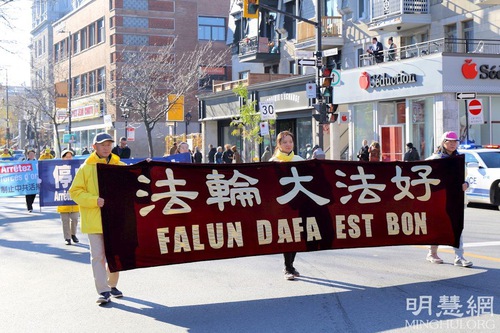 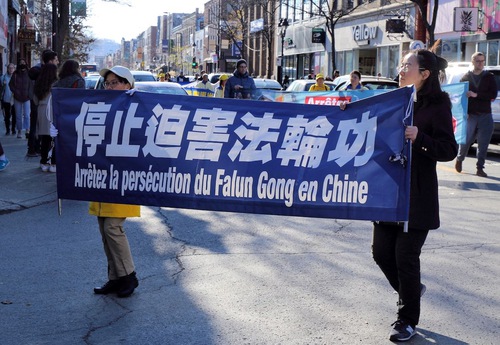 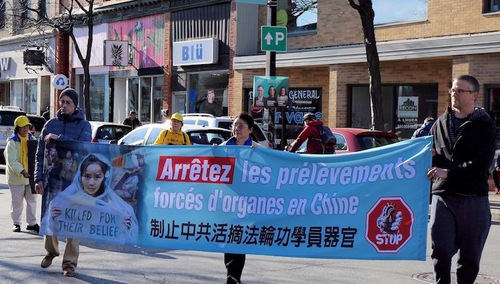 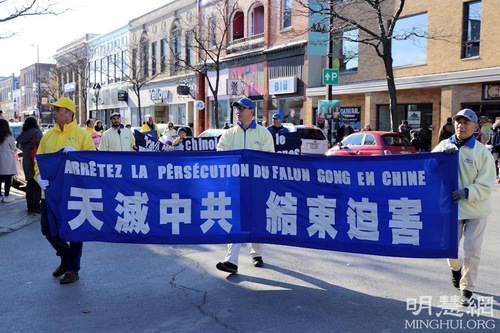 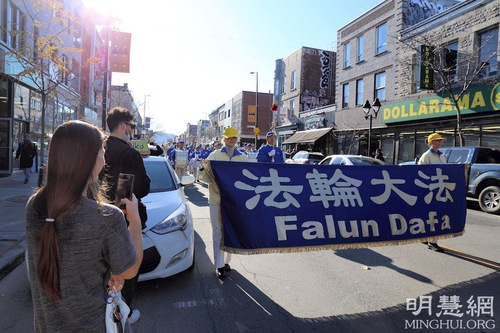 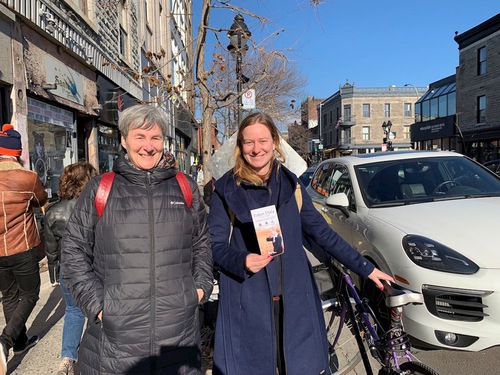 Ms. Gauthier was very happy to see the parade. After reading the information about Falun Dafa on the flyer, she said, “This practice is very beneficial. I am very happy to meet Falun Dafa practitioners. This parade is important because more people should know about Falun Dafa and how practitioners are persecuted. I follow the developments about the persecution in China, especially on the issue of forced live organ harvesting.”

She stated that everyone should say “no” to the persecution. She said, “We should inform our local government representatives about the persecution. It is very important for them to stop the CCP.” 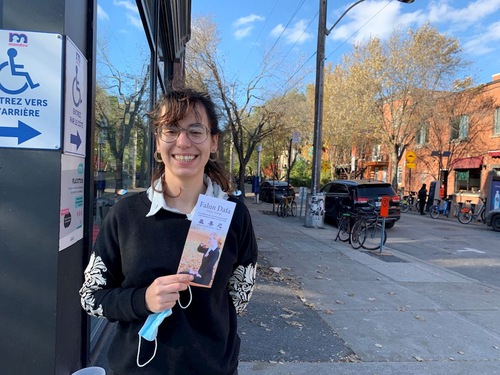 Ms. Williamson, who lives in Montreal, agrees with Falun Dafa’s principles of Truthfulness-Compassion-Forbearance, and said that they are beneficial to society.

Ms. Williamson, a Montreal resident, said, “This parade is very important! We should be made aware of the persecution happening in China. It’s better if we talk to practitioners and hear their first-hand experiences when they tell us about the persecution, rather than seeing it online or on television.” 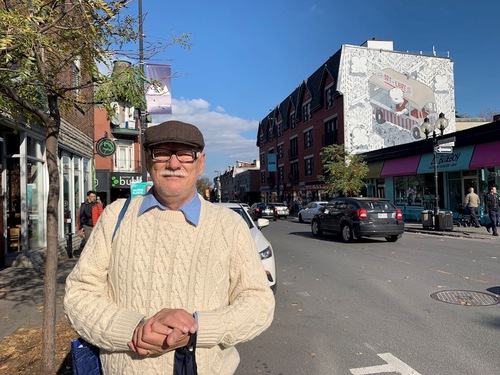 Montreal resident Mr. DuJohn said he was interested in practicing Falun Dafa. He was very happy after learning that free classes are held online.

Mr. DuJohn from Montreal watched the parade and said, “It was a pleasant surprise seeing the Falun Dafa practitioners in the parade.” He wanted to learn the practice and was very happy after learning about the free online classes. He said that he was very inspired by Falun Dafa practitioners exposing the CCP’s crimes and awakening people’s consciousnesses. He knew that the CCP persecutes Chinese people and religions through forced labor and constant surveillance. He felt the CCP’s behavior is quite shocking, and he stated that more people need to know about it.

Linda, another resident from Montreal, said that everyone should be concerned about this persecution. “You should invite the mainstream media to come report about this persecution at the next parade. When more people know about it, they’ll start reflecting on this issue. What you’re telling people is very important.”