(Minghui.org) A forum entitled “China—Forced Organ Harvesting and the Chinese Communist Party” took place at the Press Club Brussels Europe on October 27, 2021. As part of the day’s events, Falun Dafa practitioners were invited to demonstrate the exercises at a local park before the forum began. 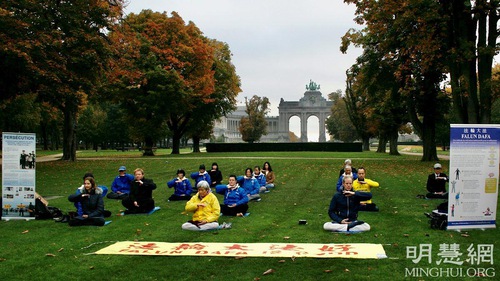 The forum was organized by Gary Cartwright, publishing editor of the London-based media EU Today, and Andy Vermaut, a member of The International Alliance for the Defense of Rights and Freedoms and a human rights advocate.

Annick Ponthier, member of the Belgian Federal Parliament, was present and listened to the speeches. 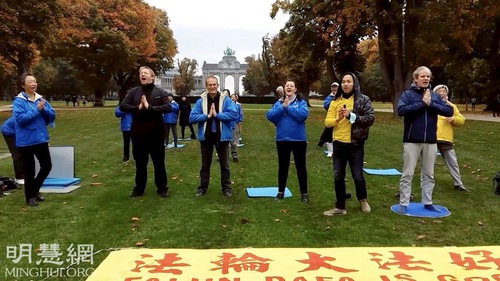 Andy Vermaut, member of The International Alliance for the Defence of Rights and Freedoms, does the exercises with the group. He suggested afterward that everyone call out, “Falun Dafa is good!”

Practitioners do the exercises every week at The Parc du Cinquantenaire or Jubelpark. That morning, Andy Vermaut came to learn the exercises and did them for an hour and a half. At the end he suggested that everyone shout, “Falun Dafa is good!” He thinks that those who practice Falun Dafa have a peaceful mindset and that the principles of Truthfulness-Compassion-Forbearance can improve society’s moral standards. 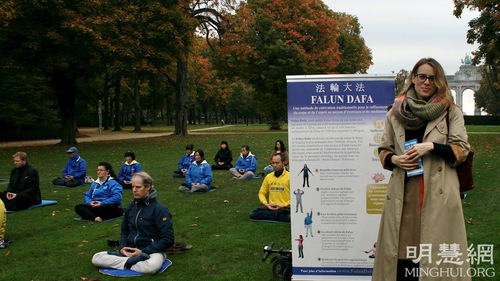 Susanne Guenther works at the European Parliament. She passed by the garden and stopped to watch practitioners doing the exercises. She first heard about the persecution of the spiritual discipline back in 2010 when she was teaching in Shanghai, and said, “I read many things about the persecution of Falun Dafa on the Internet. Because I lived in China for nine years, I know what they did to practitioners. It is very sad.” On the subject of organ harvesting, she said, “This is a crime. Obviously, it is a huge offense and there is no reason whatsoever for this persecution.”

Ms. Guenther thinks the main reason Western countries never speak about what happens to practitioners in China is due to economic interests. She said this is unacceptable and that Falun Dafa practitioners have not done anything wrong. She said, “This organ harvesting is totally unacceptable.” When she learned that there was a forum on organ harvesting at the press club that day, she said it would help more people learn about Falun Dafa. She left her contact information and said she hoped to be informed about what was said at the forum because she is concerned about the issue. 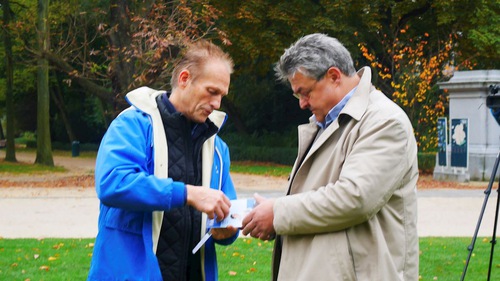 A passerby stops to talk to a practitioner and learn more about Falun Dafa.

The soothing exercise music attracted passersby who stopped to watch and expressed interest in learning more about Falun Dafa. Many said they hoped to return and learn the exercises.

Falun Dafa (also known as Falun Gong) was first introduced to the public by Mr. Li Hongzhi in Changchun, China, in 1992. The spiritual discipline is now practiced in over 100 countries and regions worldwide. Millions of people who have embraced the teachings—which are based on the principles of Truthfulness, Compassion, and Forbearance—and learned the five exercises have experienced uplifted health and well-being.