(Minghui.org) Falun Dafa practitioners in Argentina held an experience-sharing conference on Sunday, October 10, 2021. Before the conference, they divided into groups and held activities throughout the capital city Buenos Aires. They demonstrated the Falun Dafa exercises and introduced the spiritual practice to tourists and locals in Chinatown, city parks, the Chinese Embassy, and passing cars on the streets. Many people, especially young people, were interested in learning how to do the exercises. 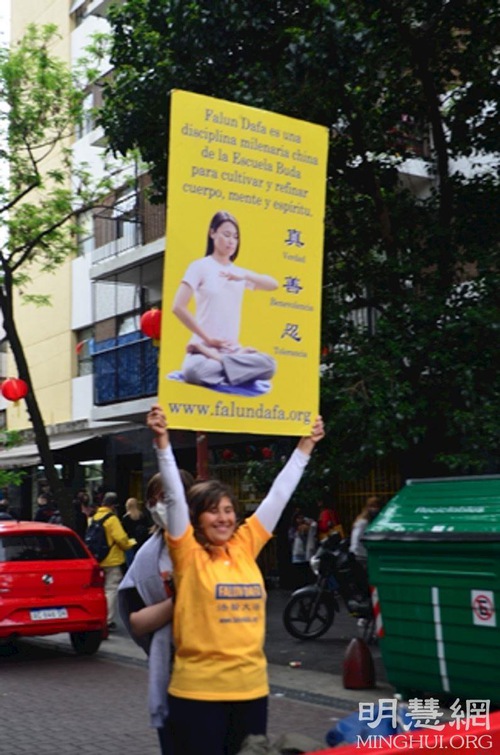 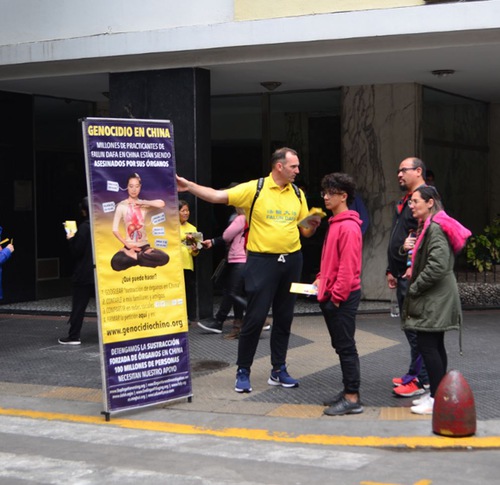 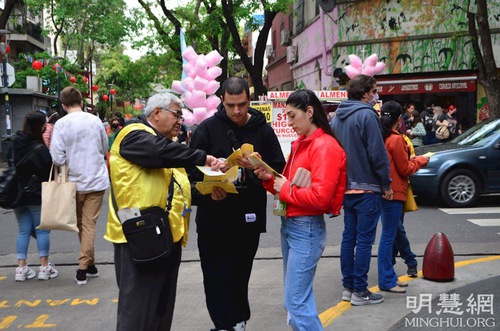 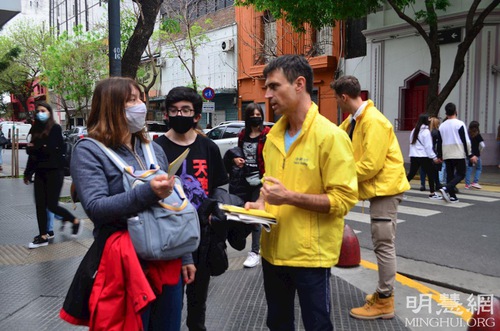 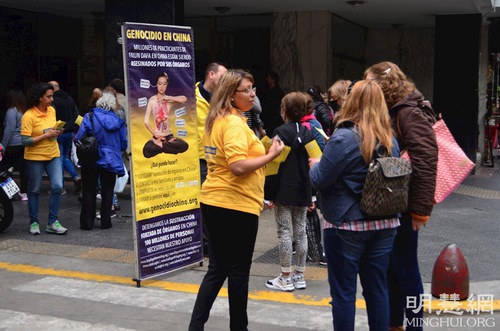 Practitioners hold activities in Chinatown, Buenos Aires, to tell people about Falun Dafa and the ongoing persecution in China. 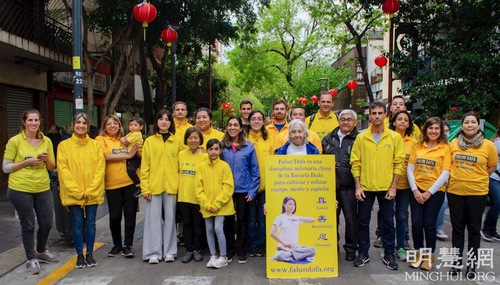 Group photo of practitioners who went to Chinatown.

When practitioners demonstrated the exercises, a 10-year-old boy came over and shyly asked if he could learn. He carefully followed the practitioner’s every movement. 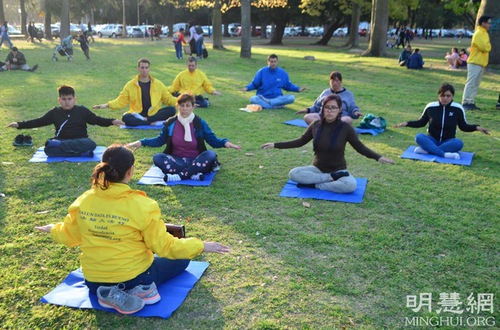 A practitioner said that many people accepted fliers and repeatedly thanked her. Some held the fliers dearly in front of their chests. 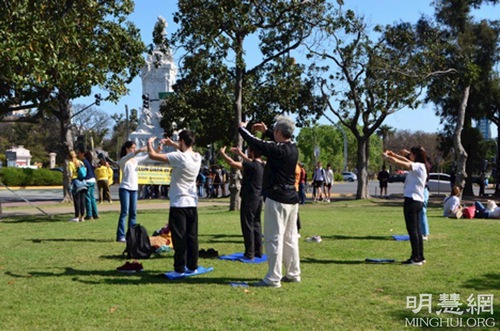 A toddler was very interested and kept watching the practitioners from far away. After a practitioner walked over and handed her parents fliers, her father said, “She wouldn’t leave and kept staring at you. She’s never done this before.” The father told the practitioner that perhaps she saw something that he couldn’t. “She really likes you,” he said.

A 9-year-old girl and her mother watched practitioners as they did the exercises. The mother said that she couldn’t figure out why her daughter was so interested in Chinese culture and art because no one in the family had any ties to China. The practitioner told them about Falun Dafa. 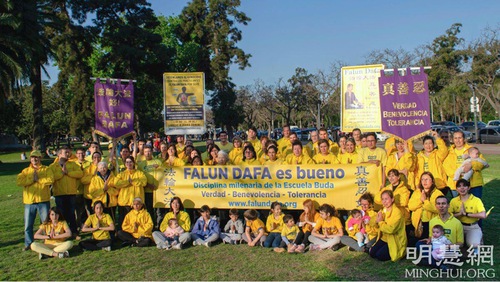 Practitioners who went to a city park

Practitioners gathered in front of the Chinese Embassy, demonstrated the exercises, and handed out information about Falun Dafa and its persecution by the Chinese Communist Party (CCP). 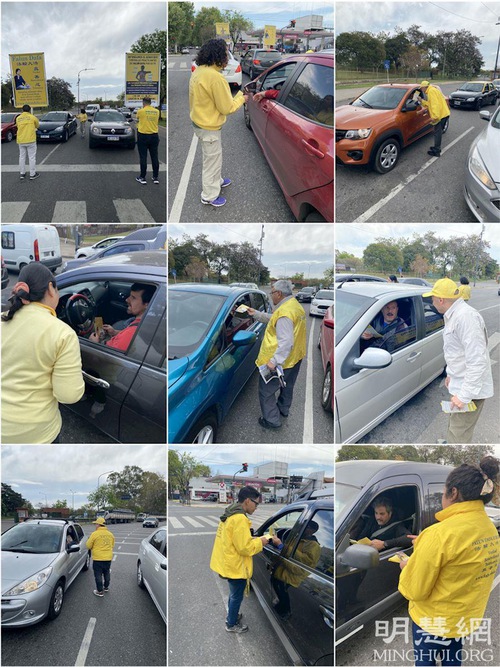 Practitioners hand out information about Falun Dafa to drivers near the Chinese Embassy. 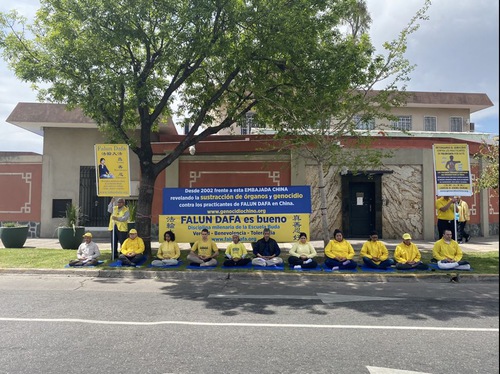 Practitioners meditate in front of the Chinese Embassy.

Falun Dafa (also known as Falun Gong) was first introduced to the public by Mr. Li Hongzhi in Changchun, China in 1992. The spiritual discipline is now practiced in over 100 countries and regions worldwide. Millions of people who have embraced the teachings, which are based on the principles of Truthfulness, Compassion, and Forbearance, and learned the five gentle exercises—have experienced uplifted health and well being.