Home > Cultivation > Journeys of Cultivation
Practicing Falun Dafa Turned a Gambler and Prodigal Son into a Good Person
Oct. 25, 2021 | By a Falun Dafa practitioner in Japan

(Minghui.org) Youwei Ruan, a 33-year-old Vietnamese, lives and works in Aichi Prefecture, Japan. He is healthy, works hard, and is appreciated by his supervisor. He respects his parents and helps his relatives.

Just a few years ago, he was a completely different person. He secretly sold his family’s motorcycle and used the money to gamble. He got into fights and ran away from home. And even though he’d practiced karate and martial arts for more than ten years, he was in poor health. This is his story of how practicing Falun Dafa helped him become a healthy and responsible human being. 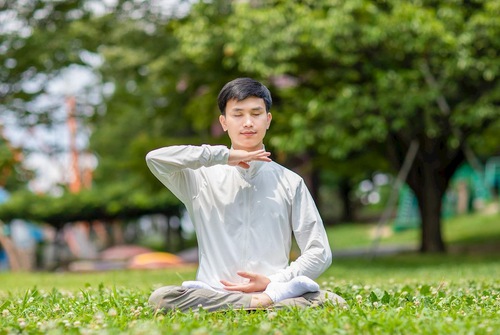 In March 2017, Youwei had only been in Japan for about a month when he stayed home one day due to illness. Browsing the Internet, he came across the Falun Dafa website and was surprised to see that the teachings were translated into more than 40 languages. He wondered why people in more than a hundred countries around the world practiced Falun Dafa, so he started to listen to the audio recording of the lectures given by the founder, Master Li Hongzhi. After only a short while, he thought what he was hearing was quite profound. He listened to all nine lectures that day.

After he finished, it seemed that almost all of his questions about life had been answered, and he decided to practice Falun Dafa. The first time he listened to the exercise music, when he heard Master’s voice reciting the verse at the beginning of the first exercise, tears ran down Youwei’s face. From that day on, he began to practice Falun Dafa.

About a week later, Youwei had illness symptoms. He had a fever for three days, vomited, and had diarrhea. He was not alarmed and knew that Master was removing the bad things from his body. After that, his addiction to smoking was gone.

Youwei said with gratitude, “I no longer had the urge to smoke. All my bodily pain disappeared. The three bones in my neck and back stopped degenerating and returned to normal. My low blood pressure also became normal.”

Before he left Vietnam, his mother had bought him lots of medicine to take to Japan. He only used some of the analgesics. The day after he finished listening to Master’s lectures, he stopped using them altogether and later gave all the medications to his friends. 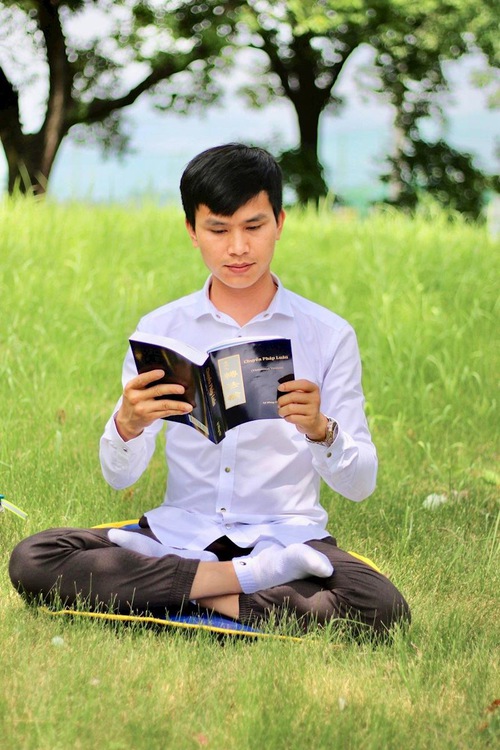 After he began to practice Falun Dafa, Youwei worked harder and more efficiently. Things at work greatly improved, especially his relationships with his coworkers. He does the work that others avoid, such as repairing computers and machines. A Japanese coworker asked him, “Why are you able to do what others won’t do?” He replied, “I work with my heart. Even without supervision, I will fulfill my responsibilities.”

“The company employs more than 30 people, both Vietnamese and Japanese. But my boss talked to me, someone who had only studied Japanese for less than three months, three times about raising my salary and letting me be a manager,” Youwei said. “If I did not practice Dafa, and if I did not follow Truthfulness-Compassion-Forbearance, I would not have earned this kind of trust so quickly. I believe that Truthfulness-Compassion-Forbearance is needed everywhere.”

Youwei said that after he started practicing Falun Dafa, he benefited so much that he wanted to introduce the practice to his parents. However, there were two major obstacles: one was that he had done so many bad things before that his parents did not trust him; the other was that his family were Christians and might be unwilling to listen.

“When I was a student I was spoiled and played around: I smoked, gambled, played the lottery and games, and participated in fight clubs. I ran away from home three times. I even sold my family’s motorcycle because I wanted money to gamble. I fought. I worried my parents, and they wept over me many times.” After he began practicing, Youwei was determined to reform himself according to Truthfulness-Compassion-Forbearance and become a respectful and responsible person.

He began to call his parents every day and to send money to them and other relatives.

Once after Youwei had sent money to his parents, they asked him for more. He asked them why the money he’d already sent was spent so quickly. But then he looked within and realized that he had an attachment to money, so he called them back to apologize and sent them the amount they asked for.

Youwei’s attitude towards his family also changed. He said, “I am no longer condescending towards my family members, instead I’m cheerful and calm. I appreciate my wife more. I haven’t said a bad word to my wife for more than five years. I think she is the best wife in the world. Before I began practicing Dafa, I only saw my wife’s mistakes and compared her to other wives.”

His parents noted his positive changes. Gradually, their attitude towards Dafa changed. A year later, his father decided to practice it. His father told Youwei that he’d made the decision to practice after a lot of consideration. Their large family are Christians. His father told him that if he decided to practice Falun Dafa, their other relatives and friends might not understand, so he knew he needed to be determined and sure of his decision. His father said that Youwei’s improvement surprised him and moved his heart.

Youwei said that everyone in the family noticed his improvement. Later, his mother, wife, and younger brother all began to practice Dafa. Now, others in his family members have listened to Master Li’s teachings or read Falun Dafa books.

Youwei described one moving experience: He once distributed fliers to clarify the truth to people who came to take the Japanese Language Proficiency Test. He met three Vietnamese. When he took the bus home, he met these three people again. They told Youwei that they kept getting on the wrong bus until they met him again. Youwei knew that this was Master’s arrangement and that he should tell them about Falun Dafa, so he did. Two of them were interested in learning more and left their contact information.

A week later, these two people decided to practice Dafa. One of them said, “At first we thought you were making money by distributing fliers. But we later learned that you were a volunteer. You were so enthusiastic and kind, and every word you said touched us. We really wanted to know why. Now we know. Everyone who practices Falun Dafa is so kind.”

On another occasion, a Japanese man came over in the rain to sign the petition to protest the Chinese Communist Party’s (CCP) persecution and nodded as he listened to Youwei as he clarified the truth. The man later returned with a cup of coffee for Youwei and said, “Thank you for telling me that.” 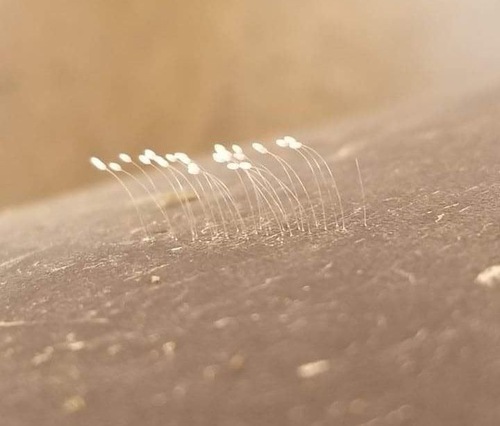 For the past few years, udumbura flowers have been blooming on the fruit, leaves, cars, and doors of Youwei’s house. He thinks that their appearance tells the world that the true teachings that people have been awaiting for thousands of years are now available. (In the spiritual community, udumbara flowers are considered auspicious. According to Buddhist scriptures the udumbara is a sacred flower that only blooms every 3,000 years. They are thought to appear when there is great virtue in the world.)

On behalf of his entire family, Youwei thanks Falun Dafa’s Master for giving them happy lives and healthy bodies and, most importantly, for letting them know the meaning of life. He will work hard to do better and live up to Master’s expectations. He wants to use his personal experiences to tell everyone, “Falun Dafa is beneficial. Don’t believe the CCP’s lies, and don’t miss this once-in-millennia opportunity!”

“Believing in Master and Dafa: Being Unwavering When Facing Tribulations”