(Minghui.org) Falun Gong practitioners in California participated in the 20th annual Irvine Global Village Festival in Great Park, Irvine, on October 9, 2021. They demonstrated the five exercises, introduced the benefits of Falun Gong, and exposed the Chinese Communist Party’s (CCP) persecution of the practice. Many people were interested in learning this traditional cultivation practice and expressed their support for bringing an end to the persecution. 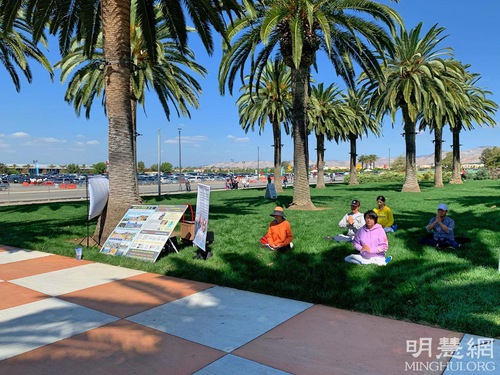 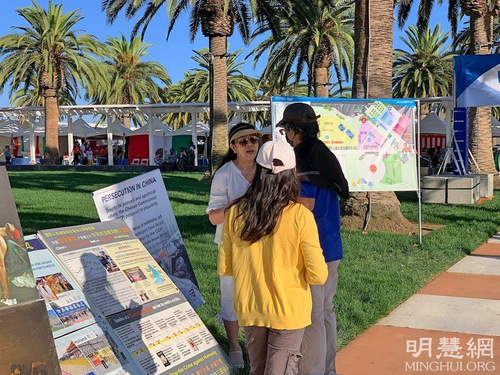 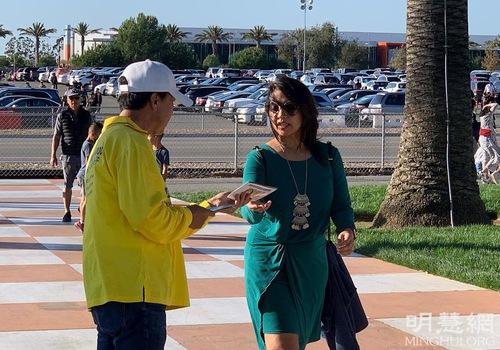 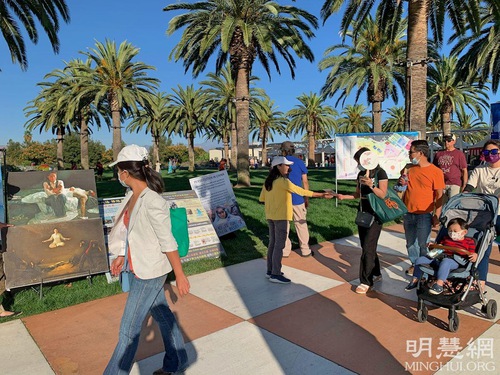 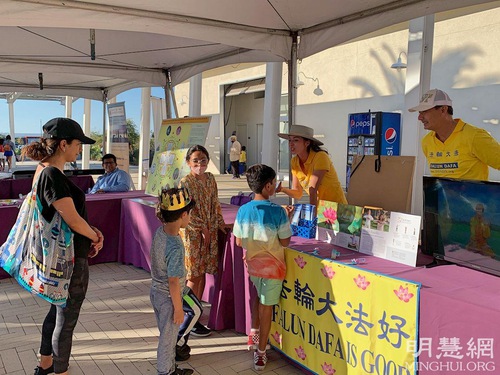 A woman told the practitioners that the recent happenings had made her pay attention to the CCP’s irresponsible conduct and the atrocities it committed against Falun Gong. She thanked practitioners for exposing the persecution, and for spreading the message of Truthfulness-Compassion-Forbearance. She praised practitioners for their faith and encouraged them to continue helping more people see the nature of the CCP.

Many people became interested in Falun Gong after watching the exercise demonstration. They found out about the health benefits and the great principles of Truthfulness-Compassion-Forbearance. Many said they would like to learn it.