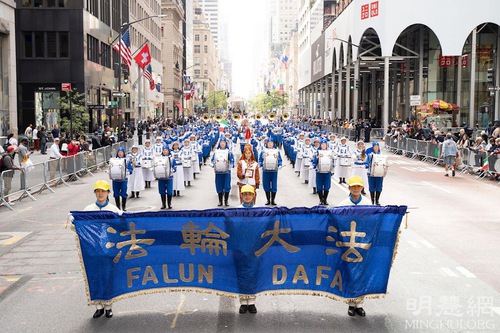 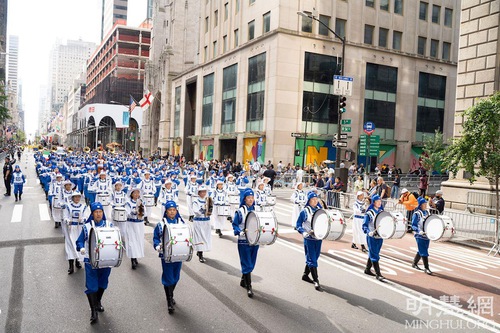 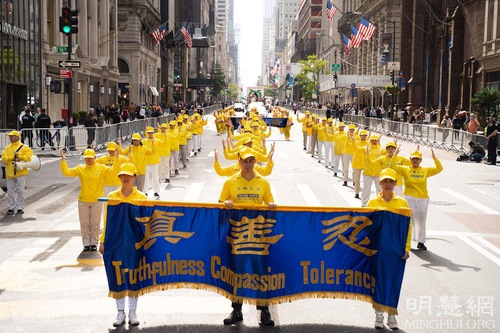 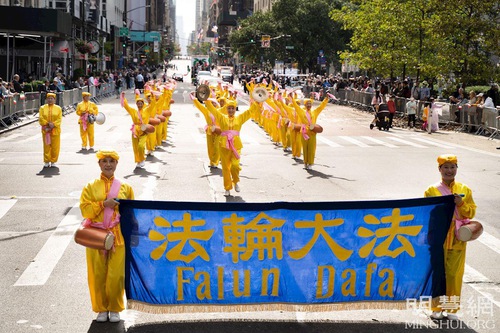 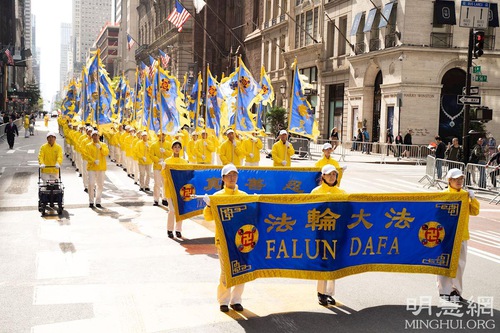 William Davis, a health care professional from Mount Sinai Hospital, said he liked practitioners’ performance the best. He thought their music was great and everyone seemed to be in sync.

Local resident Guy Strobel was very happy to see Falun Dafa practitioners in the event. He said their unique performances were so wonderful, he thought they were the best. 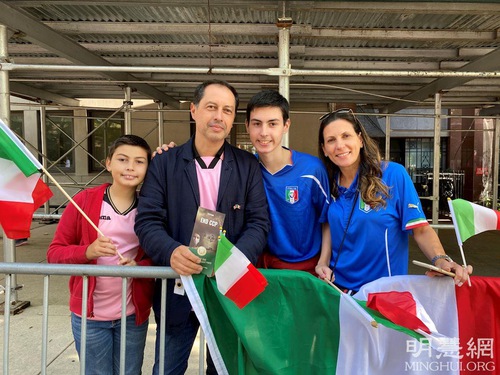 Gandolfo, who watched the parade with his family, thanked practitioners for coming. 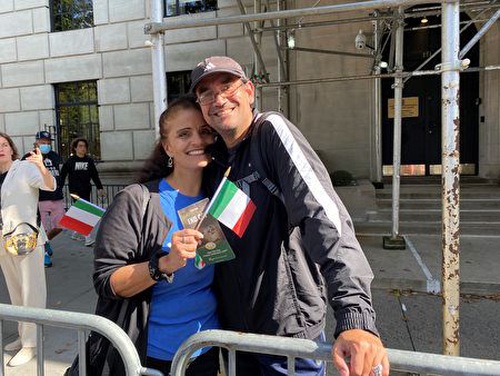 Jack Hafter was glad to see Falun Dafa practitioners participate in this event on behalf of Chinese Americans. He thanked practitioners for their great contribution.

Another Carol was delighted by the bright colors of the practitioners’ entry. She feels the principles of Truthfulness-Compassion-Forbearance will bring peace and reconnect people after difficult times during the pandemic.

Romeo Tiu agreed. He said he was drawn to the colors, the music, and, more importantly, the message, which he feels are important for everyone, especially forbearance.

Sharing the Beauty of Falun Dafa

Columbus Day is a US holiday that celebrates Christopher Columbus’s arrival in the Americas in October 1492.

Zhou Wenwen, director of the Tian Guo Marching Band, said she and other practitioners were happy for the opportunity to share Falun Dafa with the public.

Waist drum team leader Xiao Li said she is grateful to Falun Dafa because the practice brought her health and inner peace. By acting according to the principles of Truthfulness-Compassion-Forbearance, she also found life more meaningful and productive.

Falun Dafa (also known as Falun Gong) was first introduced to the public by Mr. Li Hongzhi in Changchun, China in 1992. The spiritual discipline is now practiced in over 100 countries and regions worldwide. Millions of people who have embraced the teachings—which are based on the principles of Truthfulness, Compassion, and Forbearance—and practice the five gentle exercises have experienced uplifted health and well-being.

“Cultivating Myself Well to Fulfill My Mission”