(Minghui.org) During the last session of the “World Summit on Combating and Preventing Forced Organ Harvesting” on September 26, 2021, the five hosting nongovernmental organizations from the US, Europe, and Asia issued the “Universal Declaration on Combating and Preventing Forced Organ Harvesting,” calling on all organizations and individuals in the world to join the effort to stop live organ harvesting by the Chinese Communist Party (CCP). 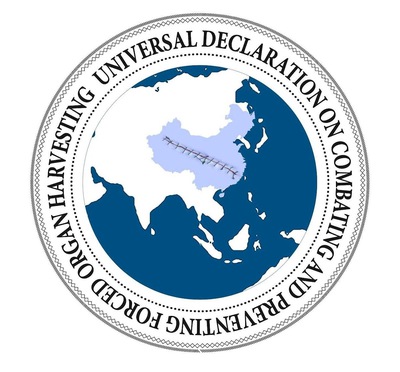 Arthur L. Caplan, director at the Division of Medical Ethics at NYU Grossman School of Medicine and a renowned researcher of ethics in transplant medicine, said during the summit that the Declaration was built on the “Universal Declaration of Human Rights” and “The Convention for the Protection of Human Rights and Dignity of the Human Being.”

Dr. Caplan emphasized that organ donation should always be a donation and shouldn’t be coerced. It has to respect the choice of the individual and the individual’s welfare and wellbeing.

He added that the Declaration urged the governments to take necessary legislative measures to combat illegal organ procurement, transplants, as well as stop patients from traveling to China to receive organ transplants; each government’s judicial, legislative and executive branches should work together to combat the crime of live organ harvesting; and on the international level, different countries should work together to collect evidence and share information about their research and investigation, in order to stop illegal live organ harvesting and trafficking of human organs and tissues.

President of CAP Freedom of Conscience: The Declaration of Paramount Importance to Protect Human Beings

Thierry Valle, president of CAP Freedom of Conscience in France, said their organization became alerted when the Chinese communist regime began to persecute Falun Gong in 1999 and they have since followed closely the development of the persecution.

He said, “Forced organ harvesting is a crime of forcibly removing organs from non-consenting prisoners of conscience for the purpose of transplantation or other medical procedures. [It] violates universal ethical values and moral principles of human life and dignity.”

He believes that the new Declaration “will bring the international community together around a founding charter for the protection of human beings so that such crimes against human dignity cease.

“Your participation in this World Congress is important, because together we can make a difference,” he said.

Founder of DAFOH: Declaration An Initiative that “Addresses the Abominable Practice of Forced Organ Harvesting”

Torsten Trey, founder and executive director of Doctors Against Live Organ Harvesting (DAFOH), said that several independent investigations and reports, as well as the judgment by the China Tribunal in London have “shown beyond reasonable doubt, that the practice of state-sponsored, forced organ harvesting from living people has occurred and continues to occur in China.”

Dr. Trey said, according to credible testimonies and telephone interviews with medical personnel in Chinese hospitals, the primary victims of this crime are Falun Gong practitioners, who have been persecuted by the Chinese Communist Party for over two decades.

“Although the evidence is irrefutable, one has to ask why the international community has not been able to stop these crimes against humanity?” he asked.

Despite the fact that countless practitioners have been murdered for their organs, “it appears that the global community, by remaining silent, has not honored or abided by the Universal Declaration of Human Rights.”

He believes the new declaration against organ harvesting isn’t only a step towards improving the human rights situation in China, but also an initiative to stop these crimes while they are still occurring.

Kentaro Inagaki, president of the Japan Transplant Tourism Research Association, said that the world is suffering from the CCP virus, which was turned into a pandemic due to the Chinese Communist Party’s nature of concealing the truth. Despite this serious situation in the world, the CCP has continued its push for hegemony.

While condemning the CCP for pushing for hegemony, the international community also began to pay more attention to its human rights abuses at home. The most vicious issue is the organ harvesting from Falun Gong practitioners and Uyghurs, who were killed for not aligning with the CCP’s ideology.

“This is unprecedented in human history. This atrocity must be stopped as soon as possible,” he said.

“I hope this Universal Declaration will help the international community to say ‘NO’ to this unprecedented, barbaric practice of organ harvesting by the CCP and to the horror of the CCP, which promotes totalitarianism to enable this practice,” he concluded.

Lee Seungwon, president of the Korea Association for Ethical Organ Transplants (KAEOT), said that the world has been paying attention to the incredibly evil human organ harvesting in China since 2006. Unfortunately, since 2000, countless Koreans have received organ transplants in China, mostly supplied through illegal channels.

“It’s a disgrace that Korea, a nation that practices democracy and legal justice, gains such a shameful reputation,” he said.

He said that KAEOT had submitted a list of Chinese doctors involved in organ transplant crimes to the Korean government last year and urged the government to ban the doctors from entering Korea.

“I believe all the determination and actions to stop it are evidence of the human conscience. The society of health care, law, politics, and civil organizations around the world have to work together to make things right,” he declared.

Huang Chien-feng, Secretary-General of the Taiwan Association for International Care of Organ Transplants (TAICOT), believes that the launch of this declaration will be another important turning point in the history of mankind.

As a sanatorium doctor, he said that as early as 2006, it was found that many patients went to mainland China for organ transplants. Upon returning to Taiwan, many suffered various health problems and some struggled with mental issues. After some investigation, he and his colleagues found that every year, more than 100 patients went from Taiwan to China for organ transplants, and the organs mainly came from prisoners of conscience, with most being Falun Gong practitioners.

“They are killed for their organs by the Chinese Communist Party. Millions of people are still in danger,” Dr. Huang said.

He added that the medical community in Taiwan therefore took steps to educate the public about the organ harvesting crime. The Taiwan government also passed a bill to restrict Taiwanese from going to China for organ transplants, which drastically reduced the number of travels for organ transplants. “That was a major development,” he said.

Later on, they also discovered that organ trafficking is a global problem and that many people from other parts of the world still travel to China for illegal transplants, facilitating the crime against humanity, which prompted them to join the global effort to combat the killing of innocent people.