(Minghui.org) During the CCP virus (named after the Chinese Communist Party) pandemic, Falun Gong practitioners outside of China have been persistently using various channels to reach the people in China, help them understand how the CCP has been persecuting Falun Gong and how it has been using similar suppressive tactics from the persecution to handle the pandemic. These practitioners urge the Chinese people to quit the CCP and its associated organizations to ensure a safe and bright future.

Although the CCP has upgraded the firewall and tightened up the censoring of overseas Internet, the software such as “Freegate” or Ultrasurf” have been widely circulated in mainland China to help people break through the CCP’s Internet blockade.

And it’s not only the Chinese that are taking actions, the world is also encircling and suppressing the CCP. U.S. Secretary of State Mike Pompeo gave a speech entitled “The Promise of America,” stating that the United States needs to help the Chinese people obtain free information and overthrow the Internet firewall. The significance of such promise of America cannot be overstated for countless Chinese people who have struggled to obtain free information outside the wall. 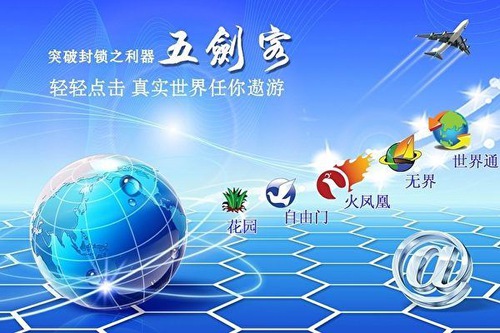 Mr. Chen, who has a doctoral degree in physics, talked to a practitioner over the phone at the end of 2020. The practitioner explained the difference between China as a country and the CCP as a ruling party, as well as the evil nature of the CCP and how the CCP controls the Chinese people via “one-voice” by establishing the Internet firewall.

Mr. Chen said, “I understand. I must quit the CCP. But what I urgently need now is the Internet censorship circumvention software.” Because he was searching the Internet while listening to the practitioner, he couldn’t find any information she mentioned.

After the practitioner shared with Mr. Chen how to download the software, he said to her, “Thank you! I will quit the CCP now! Your software is very precious, and I will share it with others too.”

Mr. Zhang Wenbin a young man from Shandong Province, released a video using his real name on March 30, 2020, calling for the CCP to step down. He said he used to be a fan of the CCP, but had slowly recognized its evil nature after using the circumvention software to read the truth about the persecution of Falun Gong, the persecution of people in Tibet, Hong Kong and Xinjiang. Although its evil influence has reached every corner of the entire world today, many are still turning a blind eye to it and even singing praises. Through using the software and learning the truth, he was turned from a fool into a sensible person. The awakening process of Mr. Zhang Wenbin proved the historical significance of overthrowing the firewall.

Mr. Zhang Zhenyu, a former Phoenix Net reporter who lives in Canada, said that he learned the truth about quitting the CCP through breaking through the Internet blockade. He said, “I can’t believe the CCP. I have to find the truth myself to save my life. I broke through the firewall and quit the CCP myself.”

Mr. Zhang Zhenyu used to live in Lanzhou Military Region when he was in college. He received the information and three circumvention software from Falun Gong practitioners in his mailbox. The most user-friendly one was Freegate, which can be updated automatically. He has been using it and reading the uncensored information ever since.

Through his own experience, Mr. Zhang Zhenyu said there is nothing to be afraid of to break through the firewall because the CCP police are not able to watch that many people. He also recommended the media run by overseas Falun Gong practitioners because they are the most truthful and the most reliable.

Pompeo: Helping the Chinese People to Overthrow the Internet Firewall

U.S. Secretary of State Mike Pompeo delivered a speech entitled “The Promise of America” at the Ronald Reagan Institute in the United States on November 10, 2020, stating that the Trump administration has successfully changed its policy towards the CCP and said it would help the Chinese people overthrow the CCP’s Internet firewall.

He said, “It’s our fundamental effort to work to make sure that the Chinese people have access to information, data, all the things that they will need to see so that they, too, can share in these very freedoms that we all care so much about… And for us to have the capacity to permit them to tear down this firewall that has been built around China would enable the people of China to make a much different set of decisions than the one that their current leadership has taken them down.

President Trump said in a statement commemorating the 30th anniversary of the fall of the Berlin Wall in November 2019, “Let the fate of the Berlin Wall be a lesson to oppressive regimes and rulers everywhere: No Iron Curtain can ever contain the iron will of a people resolved to be free.”