(Minghui.org) Ms. Wei Xiuying won the case against her local Social Security Office (SSO) for withholding her pension, but the SSO still refused to resume her pension. Instead, they kept harassing her and pressing her to return the over 100,000 yuan fund she had received during her wrongful prison term for practicing Falun Gong. She is now faced with even more pressure after the local court sided with the SSO and froze her bank account in order to force her to repay the fund. 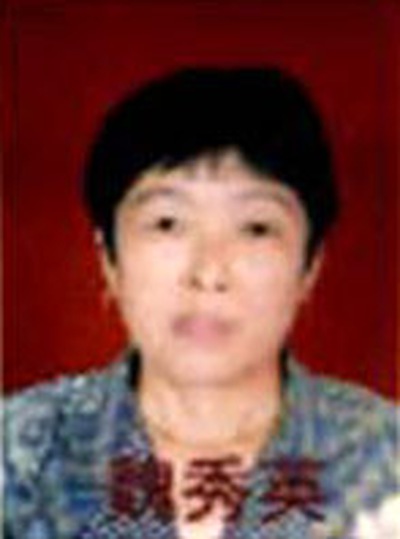 Ms. Wei, a Linghai City, Liaoning Province, resident, was arrested in April 2009 and sentenced to seven years in September 2009. She served time at Liaoning Women’s Prison and was released on medical parole on April 14, 2014.

Starting in December 2016, the Linghai SSO stopped Ms. Wei’s pension payments and demanded that she return the 130,000 yuan she had received during her five-year imprisonment.

She filed a lawsuit against the SSO in the same month. The Linghai City Court ruled the case in her favor in August 2018 and ordered the SSO to make full payment to her within ten days of the ruling. The SSO objected to the decision and appealed to the Jinzhou City Intermediate Court.

Ms. Wei later appealed to the trial court and demanded that they enforce their ruling – to have the SSO return her pension.

After judge Li Gang accepted the case, he told Ms. Wei to file a completely new litigation against the SSO with the newest amount of settlement. Ms. Wei and her family didn’t agree. With their repeated requests, judge Li finally agreed to talk to the SSO about her case.

Six months later, on October 12, 2019, the court rejected Ms. Wei’s appeal and said that she failed to establish her case without specifying the amount of pension the SSO should pay her, which was a required condition for the court to enforce the ruling.

On December 23, 2019, Ms. Wei received another notice from the SSO, which demanded that she return the remaining 104,635 yuan pension she had received during her term, after subtracting the fund they had withheld in the past four years. The notice threatened to sue her if she didn’t pay off the amount in six months.

Two court staff members came to Ms. Wei’s home the next day, telling her to sign a document. As Ms. Wei wasn’t home, her husband showed them the court’s ruling in 2018 in favor of Ms. Wei. He said to them, “We won the case. You didn’t help us to enforce it, but you are now on their side?”

Those two staff members said they didn’t know about the history of the case and they were just delivering the document for judge Cai Bo, who ruled the case in 2018.

Ms. Wei’s family later called judge Cai and questioned her why she ruled the case in favor of her but now helps the SSO to collect more money from Ms. Wei. The judge said, “you should talk to your lawyer” and then hung up.

The SSO staff members harassed Ms. Wei a few more times after that.

Six months later, on June 29, 2020, a group of 11 people, including police officers, residential committee and SSO staff members, broke into Ms. Wei’s home and asked her to pay off the fund. While Ms. Wei wasn’t home, the officers attempted to force her husband to sign the document, which left him deeply terrified and traumatized.

The officers said they would give them ten more days and if they still didn’t receive the money by then, they would sue them in court and ask the judge to enforce the decision.

As Ms. Wei couldn’t afford to pay anything to the SSO, they filed a case with the court.

In October 2020, Ms. Wei found that the heating subsidy given by her former employer was frozen by the bank. Judge Li informed her that they were enforcing the SSO’s request. As long as she paid off her debt, she could access her bank account again.

After Ms. Wei negotiated with her former employer, they agreed to deposit the heating subsidy to another bank account of hers.

After judge Li found out about it, he summoned Ms. Wei to the court. As Ms. Wei still struggles with poor memory and has difficulty talking due to the torture in prison, her family didn’t let her go, fearing that the judge may cause more trauma to her.

Jinzhou City, Liaoning Province: Over 30 Falun Gong Practitioners Have Had Their Pension Suspended After Being Convicted for Their Faith

Ms. Wei Xiuying Had to Be Carried Into Court as a Result of Being Brutally Tortured

Ms. Wei Xiuying in Critical Condition Due to Torture

Ms. Wei Xiuying from Linhai City, Liaoning Province, In Danger of Losing Her Life Due to Persecution

“Incarcerated for 12 Years, Ningxia Man Gets Another 14 Years for His Faith in Falun Gong”