Japan: Practitioners Collect Signatures on New Year’s Day to Call for an End to Persecution in China

They called on Japanese people to help stop the persecution by signing a petition calling to bring Jiang Zemin, the former CCP leader who initiated the persecution, to justice. 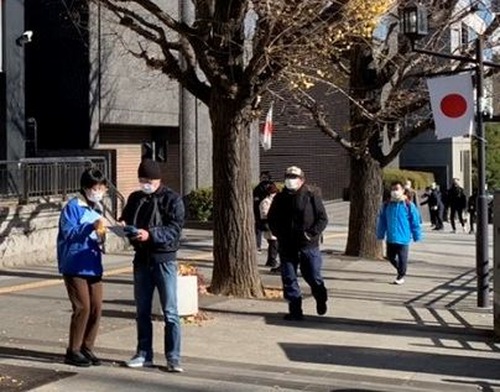 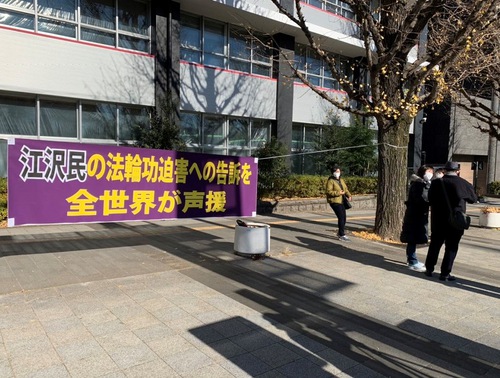 Banner calls on people to help stop the persecution. 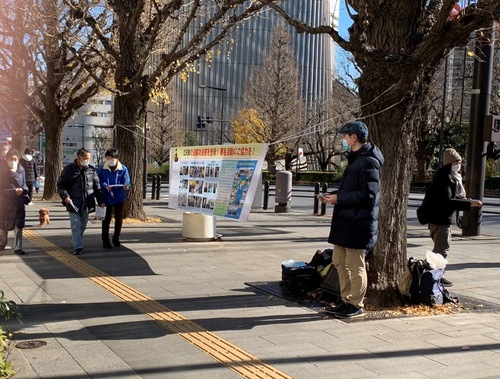 Practitioners talk with passersby about the persecution.

A practitioner who has helped collect signatures for years said, “We started the activities to support lawsuits against Jiang in 2015. The persecution in China has led to numerous deaths of Falun Dafa practitioners and countless broken families.

“What is even worse, the CCP doctors conduct live organ harvesting without using anesthetics. This is inhumane. We live in a free country and should support the practitioners in China,” she said. “Over 930,000 Japanese people have signed the petition supporting the lawsuits against Jiang. Over 3.8 million people across the world have signed to support the lawsuits.”

Many passersby accepted flyers and signed the petition. They encouraged practitioners to keep up their efforts. One person said, “Japanese people should speak out with more courage, and especially tell the government. If Japan treats the CCP as an ally, it will fail. The CCP is humanity’s enemy.”

“Henan Man Given Second Prison Term for His Faith”