(Minghui.org) Falun Gong, also known as Falun Dafa, is a meditation system based on the principles of Truthfulness, Compassion, and Forbearance. Since the Chinese Communist Party (CCP) began to persecute it in July 1999, many Falun Gong practitioners have been detained and tortured in custody for refusing to renounce their faith.

This report focuses on Sihui Prison in Guangdong Province, which is notorious for its use of force and violence in its efforts to “transform” practitioners. Practitioners who are steadfast in their faith are tortured beyond the limits of human endurance. They are deprived of sleep for long periods of time, denied access to the restroom, prohibited from talking, forced to sit on a small stool, and beaten.

The No. 4 Sub-Division in the 6th Division is mainly responsible for persecuting practitioners. Those involved include the current head and deputy head of the prison, officials from the Political and Legal Affairs Committee, and officers from 610 Office. The prison is managed by the Guangdong Prison Administration.

The Political and Legal Affairs Committee (an extra-judiciary agency) and the 610 Office (an extra-legal agency) have been orchestrating and carrying out persecution policies against Falun Gong over the past two decades.

Below are snapshots of some cases.

Mr. Jiang Hanquan of Puning City, Guangdong Province, was arrested on December 1, 2014, after plainclothes officers broke into his house.

While he was in Puning Detention Center, Mr. Jiang developed dangerously high blood pressure, kidney problems, and hyperuricemia (high uric acid levels in his blood). He was sentenced to 3.5 years in Sihui Prison on April 9, 2015, and was released in late 2017.

After his release, he said that the prison used all kinds of torture and deceptive means in attempts to force Falun Gong practitioners to renounce their faith, regardless of their age or health. Another practitioner, Mr. Liu Beiping, suffered bleeding in his brain and became paralyzed as a result of the torture. Mr. Jiang also recounted that the guards periodically drew blood from the practitioners. He suspected it was related to the Chinese regime’s killing of Falun Gong practitioners for their organs.

Agents from Puning 610 Office frequently harassed Mr. Jiang after his release and threatened him to make him give up practicing Falun Gong. He passed away in January 2019.

Struck on the Head

Mr. Zheng's wife, Ms. Peng Perishan, went to visit him on April 3 and May 4, 2018, but 610 Office agents refused to allow her to see her husband either time, saying that Mr. Zheng did not cooperate and give up his belief.

Ms. Peng later hired a lawyer and was finally allowed to see Mr. Zheng. During the visit, she noticed that he was emaciated and groggy, with dark circles under his eyes. He told her that he'd been deprived of sleep after being forced to sit on a small stool for more than 10 hours without moving. Afterwards, Mr. Zheng went on a hunger strike to protest against the persecution.

When Mr. Zheng's daughter visited him on June 22, 2018, he had been on the hunger strike for nearly 50 days and weighed less than 100 pounds. She noticed a scar on his forehead near his right eyebrow and a large area of bruises on his head and arm from the beatings. He told her that he was beaten by inmates, especially on his head over 50 times. His neck was injured and remained stiff and he couldn’t move it.

At the time of writing, Mr. Zheng is still in the prison.

Mr. Zheng Yiying of Jieyang City, Shandong Province, was arrested in 2015 by agents from the Chaozhou City 610 Office. He was later sentenced to a five-year prison term and taken to Sihui Prison.

Mr. Zheng was so severely abused that he had a mental breakdown. Despite his condition, the guards told inmates to tie him up with a belt. 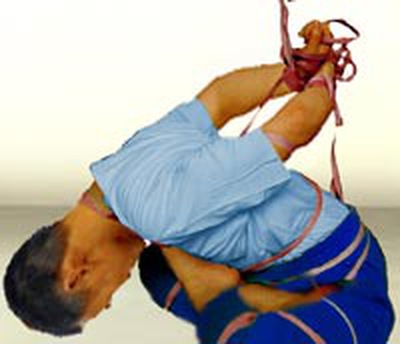 When Mr. Zheng’s sentence was over on March 18, 2020, he was taken to the Jieyang Psychiatric Hospital. His family later took him home.

At the start of 2020, a guard instigated an inmate to beat Mr. Zeng several times. 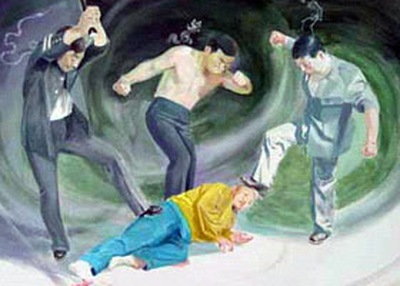 At the time of writing. Mr. Zeng is still in the prison.

On September 24, 2016, Mr. Feng Shaoyong and Mr. Chen Zeqi were arrested by officers from Ailian Police Station and the police department in the Longgang District. They were each sentenced to 8 years in prison in August 2018 and taken to Sihui Prison in 2019.

In March 2019, their lawyers visited Mr. Feng and Mr. Chen, and both of them signed their Powers of Attorney. Shortly after, the prison pressured the men and they were forced to dismiss their lawyers two months later. They remain incarcerated.

Mr. Feng, in his 40s, holds a doctorate degree from Beijing University of Posts and Telecommunications. Mr. Chen is a software engineer.

1. Mr. Liang Shunjing was arrested on December 11, 2015, by officers from Meijiang Police Department. As a result of the persecution, he developed three huge tumors. He was sentenced to ten years and three months on March 29, 2016, and taken to Sihui Prison on August 23, 2016.

4. Mr. Wu Chunxiong, the owner of a small company in Jiexi County, Jieyang City, was arrested on May 22, 2017. He was sentenced to 8.5 years in May 2019 in the Rongcheng District Court and taken to Sihui Prison.

Parties Involved in the Persecution in Sihui Prison:

(Contact information for more participants is available in the original Chinese article.)

“Guangdong Man Sentenced to Prison for His Faith”