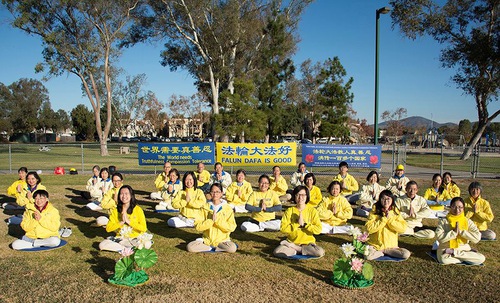 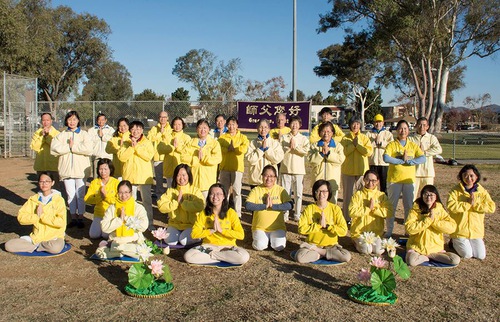 The first Falun Dafa group practice site was set up at the University of California at San Diego in 1997. New practitioners have joined one after another since then. Under Master Li’s compassionate protection, the practitioners in San Diego have followed Truthfulness-Compassion-Forbearance to cultivate themselves. With the coming of New Year, practitioners reflected on their cultivation experiences. 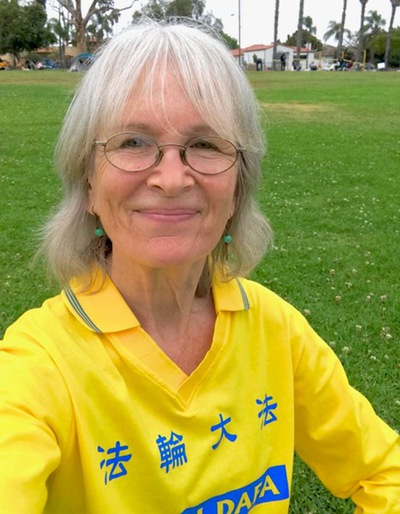 “With the coming New Year, I am grateful and wish Master a Happy New Year,” said Gisela Sommer, who has practiced Falun Dafa for 16 years.

Sommer immigrated to the United States when she was young. She said she heard about Falun Dafa and how the Chinese Communist Party’s (CCP) persecutes it in 1999. After she watched the news on TV about the persecution she told her daughter that Falun Dafa practitioners practiced in parks peacefully, but were arrested by the CCP. She said communists always harm people.

Sommer came from Germany, half of which was controlled by communists. So she knew very well that communists persecute good things.

She said in 2004 her left shoulder was injured. At her friend's recommendation, she visited a Chinese doctor, who happened to practice Falun Dafa. The doctor treated her and recommended she read Zhuan Falun.

Sommer was interested in eastern spirituality and had been looking for a spiritual practice. She was deeply moved by Master Li's teachings.

She said Zhuan Falun talks about the essence of how to be a good person: One's illness will not be cured if one does not improve virtue. She completely agreed with everything Master Li said and she started to practice Falun Dafa.

She said she was weak and had illnesses since she was born. Because of her preconditions, health insurance companies declined her application when she was only in her 30s.

She had headaches every other day. The pain was so bad that she was dizzy and could not eat. Her headaches and other illnesses were gone after she practiced Falun Dafa.

“My health is very good now,” Sommer said. “I have never been so healthy.” She is 73 years old and said that practicing Falun Dafa is the most important thing in her life. 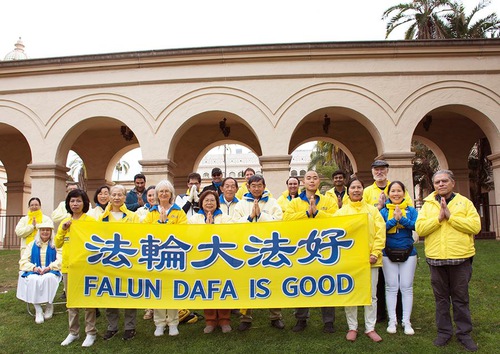 Wei Sun is a second-generation Chinese and recently started practicing Falun Dafa. He was interested in qigong and Taiji and learned about Falun Dafa via social media. When his parents objected to his practicing he said, “I immediately realized that Falun Dafa was persecuted for upholding the truth.”

He kept researching online and learned the exercises by following the video online. Then, he joined the practice site at Balboa Park. Sun said, “I was sure Falun Dafa was profound and righteous. I knew that any righteous belief is persecuted, unfairly treated, and not understood.”

He started to read Zhuan Falun. He said the book taught about being kind and virtuous, and that one must eliminate attachments. “Master's teachings about space and other things are consistent with what I learned before. All this told me that this is a genuine and high-level practice.”

Former Chinese Court Judge: I Found the Meaning of Life 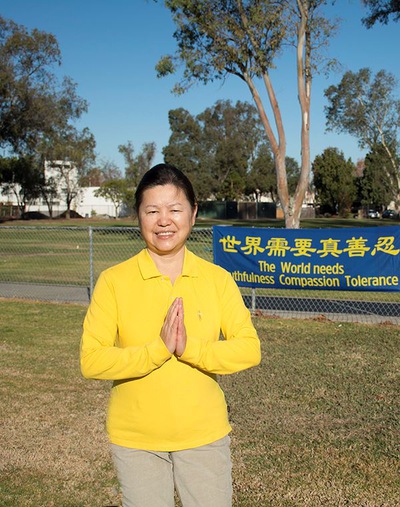 Huiying Li, a former court judge in China, started to practice Falun Dafa in 1994. She said, “I have practiced Dafa for over 20 years. Cultivation helps me understand the meaning of life, have belief and courage. With the New Year almost here, I wish Master a Happy New Year.”

“I am fortunate to learn Falun Dafa. I follow Truthfulness-Compassion-Forbearance in my daily life and work.”

She said her supervisors tried to tell her how to handle some cases. She did not agree but instead issued a verdict according to the principles of being fair and reasonable. Being honest and clean, she gained the trust and respect of her supervisors and colleagues. 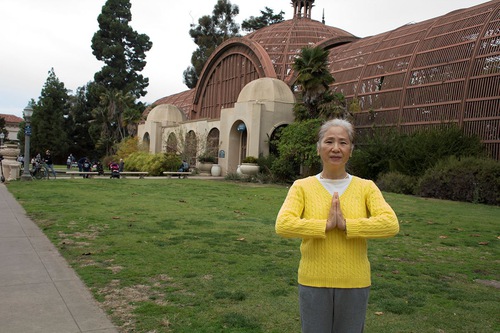 Alice Kim, a Korean American, only began practicing Falun Dafa seven months ago but has already experienced amazing things. She feels fortunate to practice Falun Dafa and has benefited in both mind and body.

She said she returned to South Korea for health reasons last May. She practiced a Korean sitting meditation for 17 years but said, “I did not feel any improvement for a long time. My body had no change.”

Her friend who used to do the sitting meditation with her told her to try Falun Dafa. Her friend started practicing Falun Dafa three years ago.

Kim found a 9-minute video online about Falun Dafa and learned the first exercise. “The left side of my body often felt cold. But that night, it felt very warm. I asked myself, ‘Did the Falun Dafa exercises make so much difference?’”

She continued learning the other sets of exercises online the next day. A few days later she decided to participate in the nine-day free teaching session in the Tianti Bookstore in Seoul.

That day, her son suddenly called her and quarreled with her over the phone. She did not go to the bookstore that day. That night she thought, “I must go to the class tomorrow.” She later understood from reading Zhuan Falun that when one starts to practice there might be interference. Her son later told her that he did not know why he suddenly phoned her and argued with her.

Kim said she experienced many amazing things even though she only practiced for seven months. She has read all of Master Li's teachings and has no doubt that everything he said is true.

She began going to the group practice in a park after she returned to America. She has benefited in both mind and body and is grateful to Master Li. She said, “People cannot dissolve karma. Only Master can. I've had many amazing experiences since taking up the practice and I truly believe in Dafa.”