(Minghui.org) Guangdong Women’s Prison, which is under the jurisdiction of the Guangdong Provincial Prison Administration, incarcerates most of the female Falun Gong practitioners in the province who refuse to submit to the Chinese Communist Party's (CCP) suppression and renounce their faith.

Falun Gong, also known as Falun Dafa, is a spiritual discipline that has been persecuted by the CCP since July 1999. In the past two decades, countless practitioners have been arrested, harassed, imprisoned, and tortured for upholding their faith.

Guangdong Women's Prison is notorious for how brutally Falun Gong practitioners incarcerated there are treated. The facility forces practitioners to work without compensation in its manufacturing plant, known to the public as Guangdong Guangyu Group Jiashun Industrial Co., Ltd (formerly Guangdong Jiashun General Factory), which sells its slave-labor products for hefty profits.

The prison’s mandatory brainwashing and “transformation” programs are carried out in the 4th ward, where all newly admitted Falun Gong practitioners are held. The goal is to coerce practitioners to renounce their faith.

In addition to writing and signing the three statements renouncing their faith, the practitioners must also pass an evaluation before they are transferred to other wards. Most practitioners are held in the 4th Ward for about four months, but those who remain steadfast in their faith have been held there up to two years.

To reach the “transformation rate” (the percentage of practitioners that have renounced their faith and the primary indicator used to evaluate a prison’s overall performance), the prison’s management team and guards use mental abuse and corporal punishment to compel the practitioners to give up Falun Gong.

Practitioners are often beaten, verbally abused, and forced to stand or squat for extended periods of time. They are also deprived of food and sleep and prohibited from using the toilet or taking showers. They are not allowed to buy daily necessities.

Ms. Zhao Ping, a law lecturer at Guangzhou Public Security Management College, was given a three-year sentence in September 2008 for her faith in Falun Gong and admitted to the Guangdong Women's Prison in 2009.

After she was released, Ms. Zhao published an account of her horrific experiences on Minghui.org, including brutal brainwashing, “transformation” programs, as well as the slave labor that practitioners are forced to do daily. After her article was published, the authorities harassed her until she passed away on May 14, 2016. She was 58. 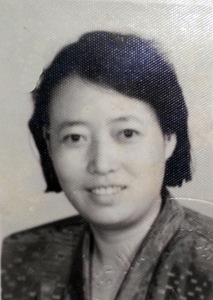 Ms. Yu Mei has been persecuted repeatedly since 1999. She spent a total of at least ten years in prisons and brainwashing centers and became destitute for three or four years to avoid further arrests for her faith. She was given a four-year sentence in 2016 and transferred to Guangdong Women's Prison on May 18, 2018.

Ms. Yu refused to comply with prison regulations when she was held in the 4th ward and being run through the brainwashing programs. She believed that she did not break the law and should not be incarcerated and treated as a criminal. Guards instigated criminals, including murderers, drug traffickers, and drug addicts, to torture her. They forced her to stand or squat in a fixed position for extended periods of time. If her hips touched the ground when she was squatting, her tormentors kicked and hit her.

After squatting for more than a month, her feet were swollen but she still refused to give in. The guards then hit her genitals, poked her soles with the tip of a pen, pulled her hair and slammed her head against the wall, hit her temples and chest repeatedly, and on and on.

They also attempted to force her to write statements to agree to be “transformed.” When she refused, they increased their manpower and made the torture worse. One night, the guards instructed three inmates to drag her into a dark room where the inmates began to strike her on the back with their hands and knees until they knocked her out. When she came to, they grabbed her nipples and lifted her up. Her nipples began to bleed, and her clothes were soaked with blood.

Guards confiscated Ms. Yu’s daily necessities and wouldn’t let her use the toilet. She was forced to relieve herself in her pants or had to wipe herself with her clothes or quilt since she was not given any toilet paper. The guards often found excuses to beat her. She was knocked unconscious several times and almost lost her sanity at one point. Three of her incisors were knocked out, and her hair all turned grey. She was emaciated after enduring all the barbaric torture.

Ms. Lin Jieping in a Coma

Ms. Lin Jieping, a gynecologist in Jieyang City, was sentenced to four and a half years on March 1, 2018, and admitted to Guangdong Women’s Prison on August 13. Shortly after her imprisonment, her leg was broken. The guards claimed that she tripped and fell. The prison notified her family in April 2020 that she’d broken her leg again because she “over walked” herself. Her family received another call from the prison on July 19, 2020, saying that Ms. Lin had an electrolyte disorder and was in a coma.

The following are 18 Falun Gong practitioners currently incarcerated in Guangdong Women’s Prison (listed by the date of their arrests):

Ms. Tang Jianqun of Jieyang City was arrested in May 2017. She was sentenced to eight and a half years in the Rongcheng District Court in May 2019 and incarcerated in late October 2019.

Ms. Zhong Liena of Jieyang City was arrested on June 19, 2017, and given a four and a half-year sentence in the Jiedong District Court. She was imprisoned in June 2018.

Ms. Wang Jiafang, an associate professor at Guangzhou University, was arrested on October 27, 2017. She was sentenced to three and a half years in the Liwan District Court on August 24, 2018, and imprisoned on December 18, 2018.

Ms. Chen Haixia of Zhanjiang City was arrested in October 2017 and given a seven-year sentence. The Intermediate People's Court rejected her appeal and upheld the original verdict. She was admitted to the prison on January 17, 2019, even though she had high blood pressure. Ms. Chen is currently in the 4th District. She was force-fed after she went on a hunger strike to protest her treatment. Her blood pressure remains at a dangerously high level and she is very haggard.

Ms. Lin Jinlan, a 76-year-old Mei County resident, was arrested on May 28, 2018, and sentenced to three years and three months in the Mei County District Court.

Ms. Fu Xiufang of Shenzhen was arrested on October 25, 2018. She was given a three-year-and-three-month prison term in the fall of 2019.

Ms. Xing Shuxian, a teacher at Xingning City No. 3 Primary School, was arrested for talking to her students about Falun Gong on March 22, 2019. She was given a three-year sentence and fined 3,000 yuan in the Mei County District Court on December 13, 2019.

Ms. Cai Caiying, a primary school English teacher in Foshan City, was arrested in March 2020 and sentenced to six years in the Chancheng District Court in August 2020.

“Podcast (Cultivation): “Falun Dafa Has Blessed All Three Generations of My Family””