(Minghui.org) A Lianyungang City, Jiangsu Province resident died on August 14, 2018, two months after he was released from prison for practicing Falun Gong, a spiritual and meditation discipline that has been persecuted by the Chinese communist regime since 1999.

While cremating his body, a funeral house worker noticed that Mr. Zhong Chongbin’s ashes were black. When his family told the worker that he had just been released from prison, the worker stopped talking. 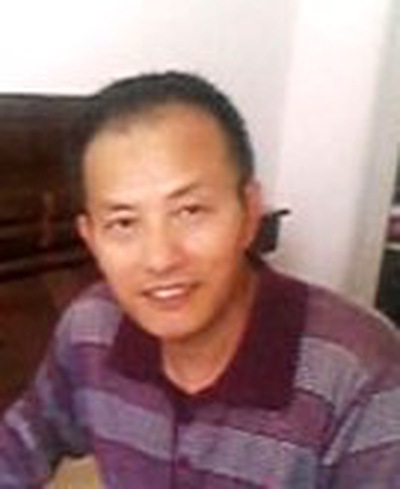 Mr. Zhong was arrested on June 12, 2015, and later sentenced to three years for filing a criminal complaint against former Chinese leader Jiang Zemin, who ordered the persecution of Falun Gong.

While serving time at Hongzehu Prison, Mr. Zhong contracted tuberculosis and was quarantined. During that period of time, he did the Falun Gong exercises and recovered. Upon learning that Mr. Zhong didn’t take any of the pills the prison doctor gave him, the prison hospital took him back the next day he was discharged, even though he wasn’t ill anymore.

A friend of Mr. Zhong who was familiar with his situation later told his family that he lost his appetite not long after he was taken back to the hospital. It was about three months before he was released. That friend suspected that the prison put toxic drugs in his food, which might also explain why his ashes were black.

Mr. Zhong’s family also confirmed that he had never coughed or complained about any issue with his lungs after he was released from prison. Rather, he was unable to eat and his organs gradually failed. Yet the prison claimed that he died from not taking medicine for his tuberculosis – one of the major lies the communist regime uses to attack and demonize Falun Gong, i.e., practitioners become sick or die because they refuse to seek medical treatment or follow doctors' advice.

Mr. Zhong was an air force veteran and paralegal. He took up Falun Gong in 1999, one month before the persecution started. He was arrested and given two years of forced labor in January 2002. Not long after Mr. Zhong's release, he was arrested again in 2004 and sentenced to four years in prison.

One week after he was sentenced in June 2016, his wife, Ms. Xia Zhengyan, was also arrested and sentenced to two years in May 2018 for practicing Falun Gong. Mr. Zhong passed away while she was still serving time. The couple’s son, now 18, grew up witnessing their persecution and was deeply traumatized.

“My Determination to Cultivate in Dafa”

Latest Art & Music
Sweden: The Art of Zhen Shan Ren on the West Coast Island of Styrsö in the Gothenburg Archipelago
- Oct 22, 2020