Many people said they have come to know about the devious nature of the CCP through its trying to shift responsibility in spreading the coronavirus, which has led to the current global pandemic. Many people signed the petition calling on the CCP to immediately stop the persecution of Falun Gong and they condemned the current regime. 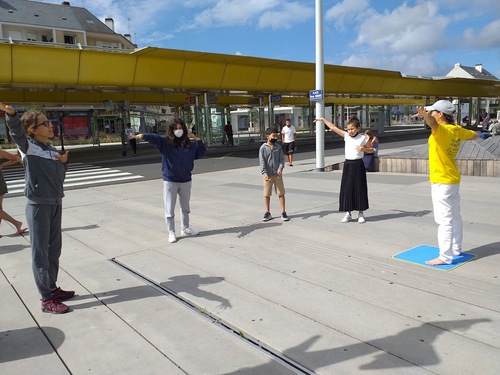 A group of students waiting for a train noticed the practitioners' display. They watched the exercise demonstration and learned the first exercise. Practitioners gave them folded paper lotus flowers and asked them to remember Falun Gong's principles: Truthfulness-Compassion-Forbearance. 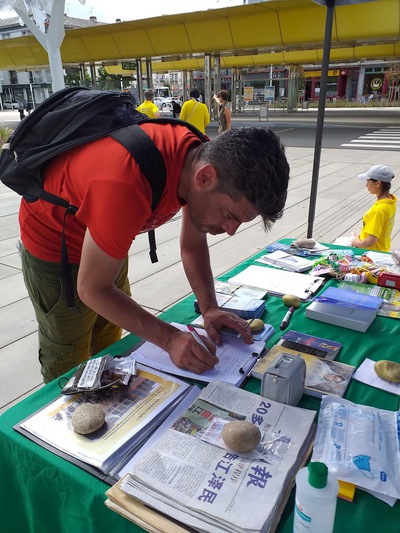 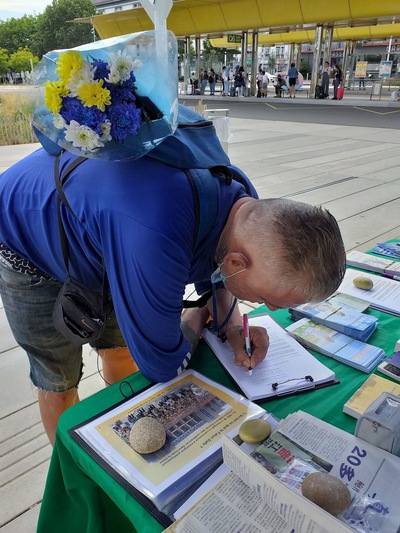 Several people signed the petition against the persecution.

One man said, “I know China well. I think you should be alert because the Chinese government does not respect any morality.” He thanked the practitioners for letting people know about the situation and for collecting signatures to condemn it.

A young man noticed the shrivatsa on the poster board and asked if it was related to Hitler's swastika. A practitioner explained the symbol's history, which dates back thousands of years. He said that its name comes from the Sanskrit word “swastika,” which represents happiness and good fortune and is a symbol of the Buddha.

The young man understood and also learned about the CCP’s forced live organ harvesting in China. He condemned the persecution and immediately signed the petition against it.