(Minghui.org) “The Mid-Autumn Festival symbolizes reunion. We feel that the time we meet again will come soon. We wish you a happy moon festival!” This greeting message to Master Li Hongzhi, founder of Falun Gong (also called Falun Dafa), from folks in Pingshan County, Hebei Province, represents the heartfelt sentiments of hundreds of millions of people in China.

Many people see the beauty and righteousness of Falun Gong and are blessed in return. One after another, they chose to renounce their membership in the Chinese Communist Party (CCP). Many have realized that Master Li is here to save people and they have quit the CCP. There are many family members of practitioners who support Falun Gong. They too help to spread the truth and in return, they have become healthy and have recovered from illnesses.

On the occasion of the coming Mid-Autumn Festival, these people have sent greetings to wish Master Li a happy holiday.

Family members of a practitioner in Ningyang County, Shandong Province, wrote in their greeting message: “We witnessed how extraordinary and amazing Falun Gong is through practitioners. Their compassion and kindness have moved people around them and made our lives peaceful. Things like fighting with each other for petty gains stopped happening. People help and respect one another. We thank Master Li from the bottom of our hearts.”

A daughter of a practitioner in Baoding City, Hebei Province sent this greeting: “I am the daughter of a Dafa practitioner. For the past two decades, my mother has been arrested, tortured and sent to labor camps, time and again by the CCP. Although I don’t practice Falun Gong, I saw the miracles that happened to my mother after she became a practitioner. I know Dafa is a righteous way and Master Li is saving sentient beings. On the occasion of the upcoming holiday, I thank you for your compassionate salvation on behalf of everyone in the family.”

A retired party official from Zhaoyuan City, Shandong Province shared how he miraculously recovered from an illness. Half of his face became swollen suddenly one day. Medication did not help and his condition got worse. He had difficulty eating. His wife is a practitioner and is very supportive. She suggested that he recite “Falun Dafa is good, Truthfulness, Compassion and Forbearance is good.” After reciting it, the swelling in his face quickly subsided.

A businessman from Zhaoyuan City, Shandong Province wrote in his message: “Falun Gong is wonderful. I recite this phrase every day. The CCP does not allow people to say it but I’m not afraid to express my opinion.”

“When my sister was ill, I told her to recite this phrase. She chanted this sincerely and became well. I know this was due to Falun Gong. My whole family believes Dafa can save people.”

A practitioner and his family in Beijing sent in a heartfelt greeting to Master Li. He wrote: “Happy moon festival, Master! Thank you for always protecting and blessing my family these past 20 years. I know how hard it has been for you and practitioners. Especially in 2020, it has been extraordinarily difficult. After the Wuhan virus broke out, everyone lived in fear, and cities and villages were in lockdown. There were very few people on the streets and it was like a ghost town.”

“My wife practices Falun Gong. She listened to Master Li and persisted in going out to tell people the facts about Falun Gong, as many people were misled by the CCP’s propaganda. I totally support her actions and bury my concerns for her safety deep in my heart.”

Family members of Dafa practitioners in Tangshan City, Hebei Province wished Master Li a Happy Mid-Autumn Festival. They said in their message: “Greetings Master, you have been working hard. We are a big family and because our family members practice Dafa, we have been protected by you and received blessings. We lead a safe, healthy and happy life amidst such troubled times. We know that this is because Master has withstood all kinds of pressure to save humanity amidst the corruption of declining moral values.”

“We hope you will return to China someday soon, free hundreds of millions of families from the CCP’s tyranny, give Chinese people a free society without the CCP, and revive our 5,000 years of glorious culture.” 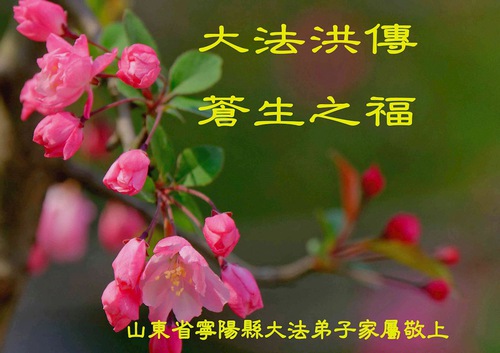 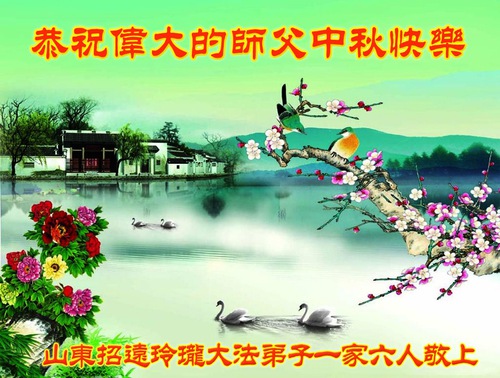 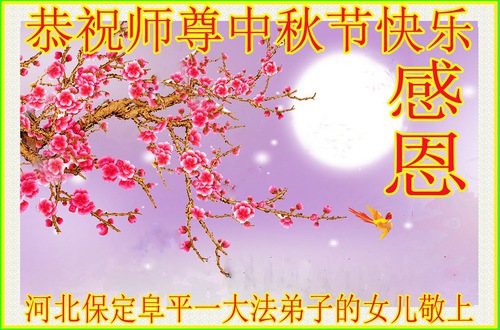 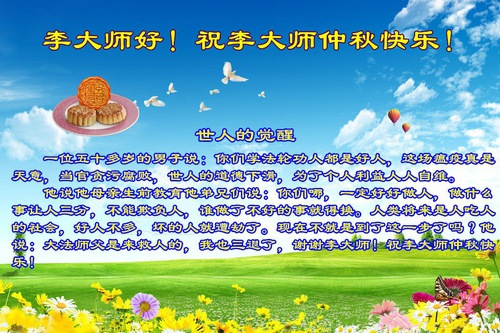 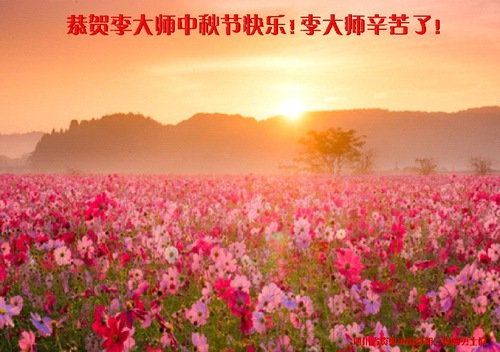 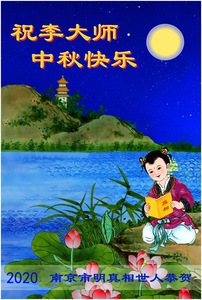 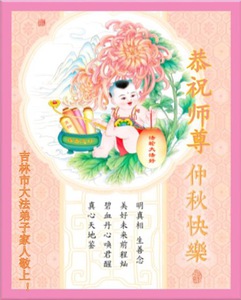 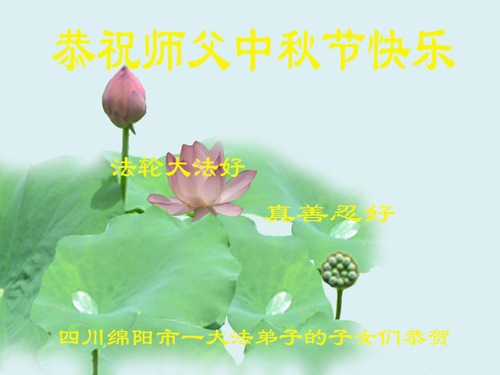 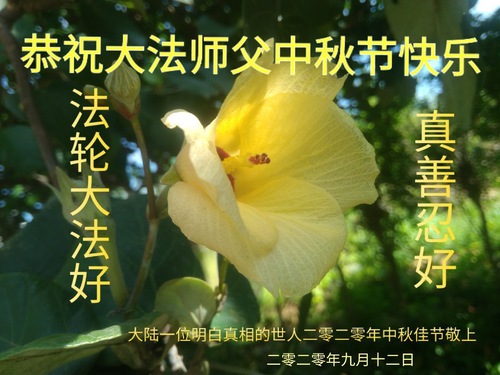 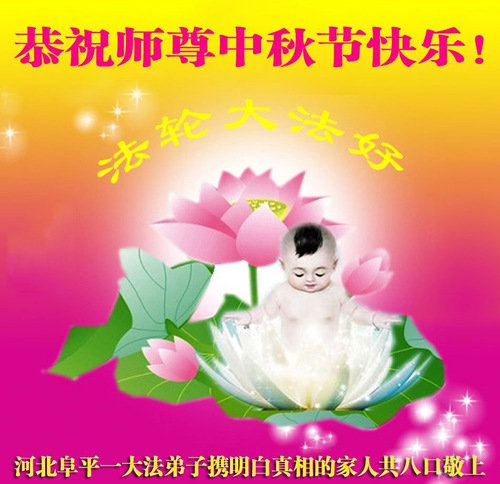 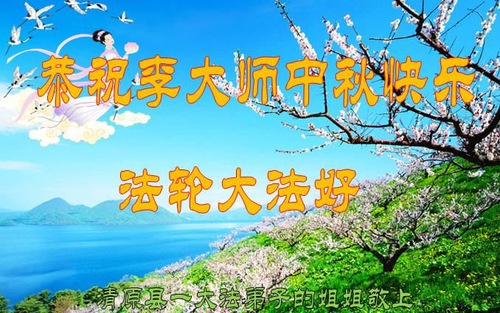 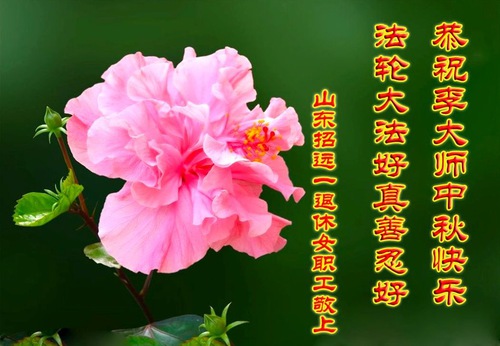 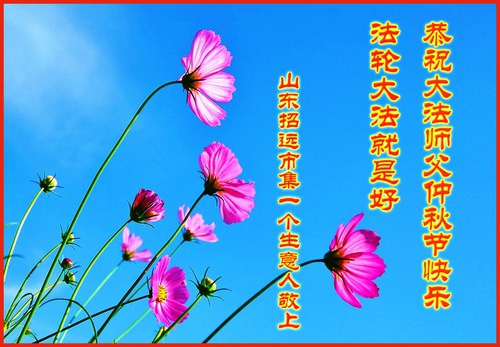 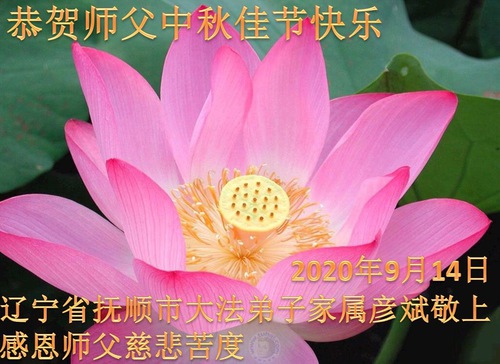 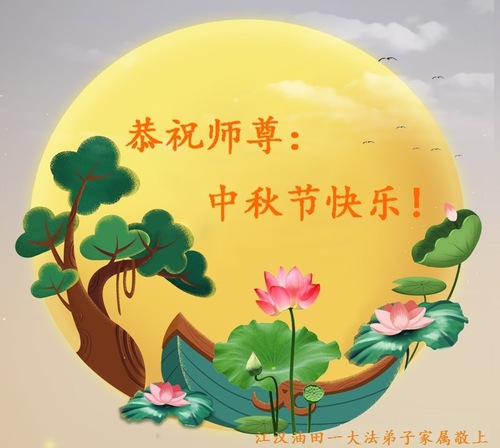 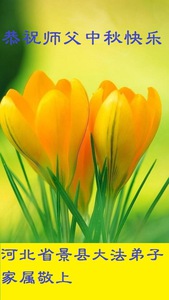 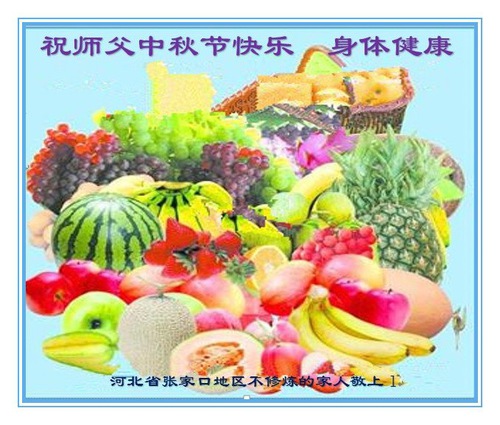 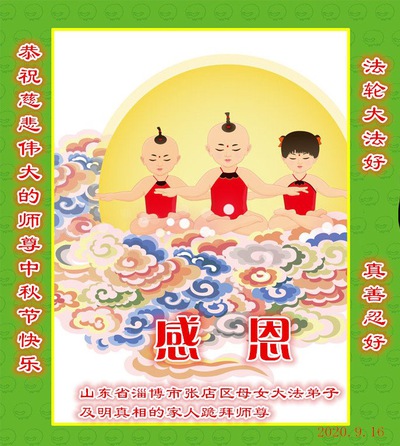 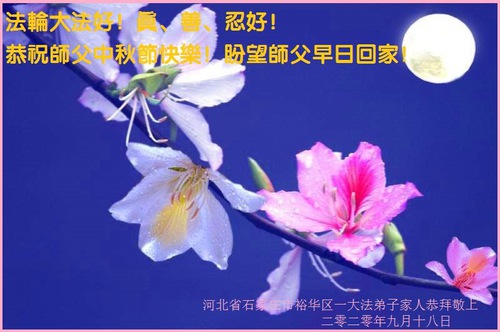 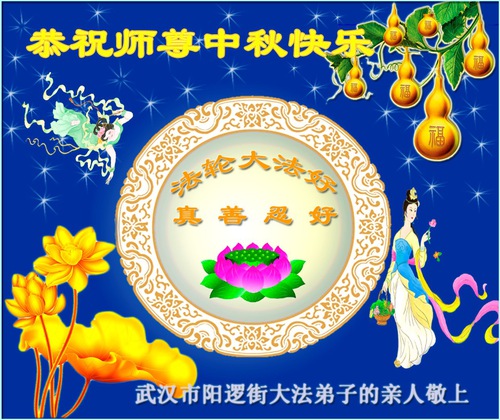 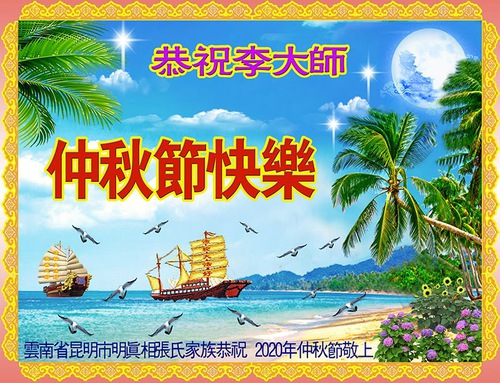 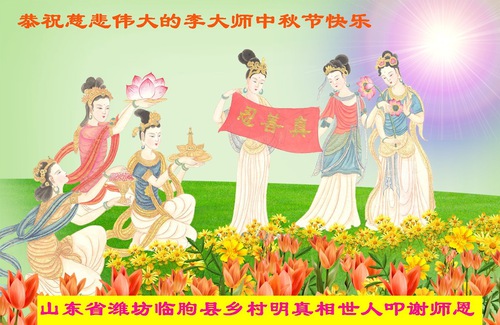 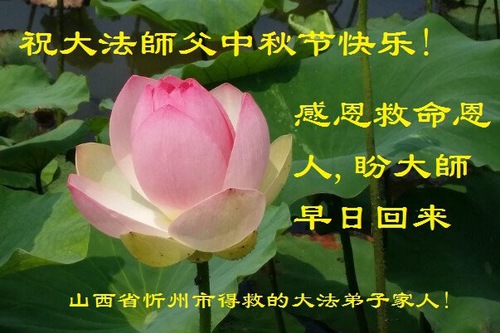 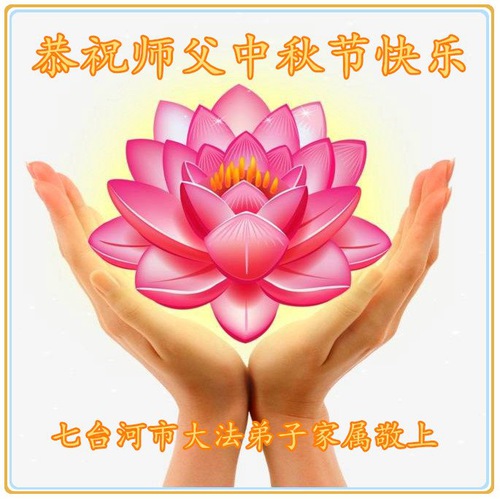 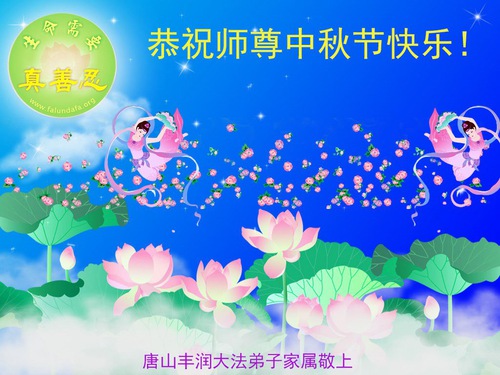