California: Activities Held to Raise Awareness About the Persecution of Falun Gong and Wish Master Li a Happy Mid-Autumn Festival 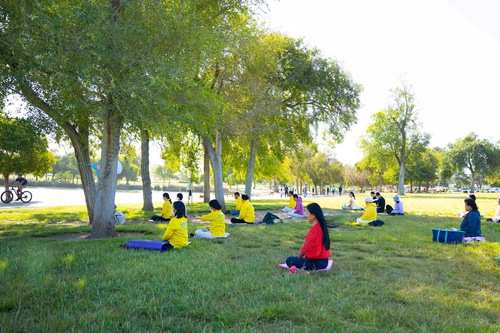 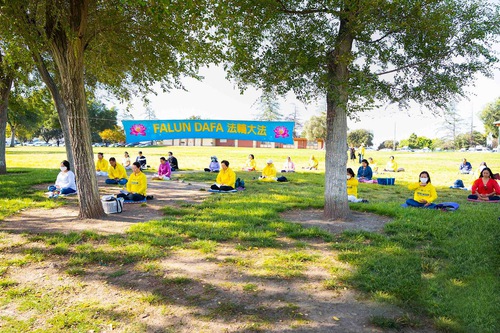 Practitioners began the day by doing the Falun Dafa exercises in a park. 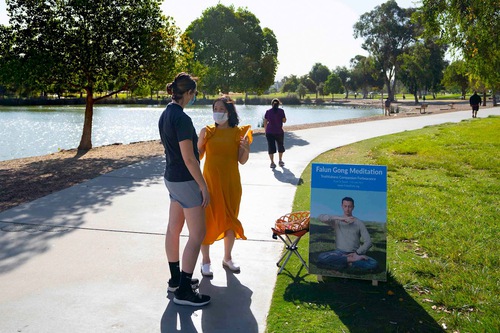 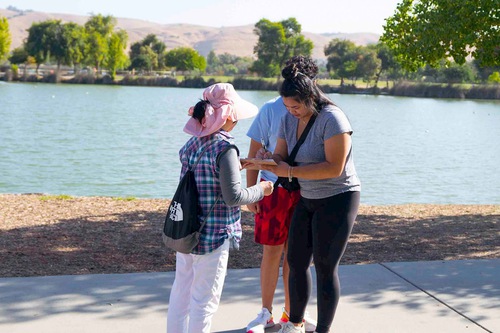 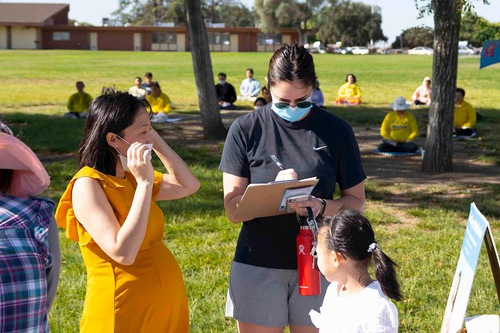 A resident signs a petition calling for an end to the persecution in China.

The day began with practitioners gathering at a park to do the exercises. The melodious music attracted many people who took informational materials about Falun Dafa. Jorge, a local resident who frequents the park said, “I always come here and see practitioners doing the exercises. I am getting older and was hoping to find a mediation exercise to calm my mind and soul while maintaining a healthy body.”

When he heard that Falun Dafa's principles are Truthfulness-Compassion-Forbearance and have five easy to learn exercises, he said, “This is what I was looking for. Whenever I see practitioners meditating, I feel like I found my inner peace.”

Ms. Anna Bonicarlo said she was attracted by the peaceful atmosphere. “I feel mediation is very useful. It can calm your heart and I feel everyone should meditate.”

She said that people nowadays are very busy, but if they would take the time to meditate, they would greatly benefit. She thought that Falun Dafa was great and said she would read the truth-clarification articles thoroughly. 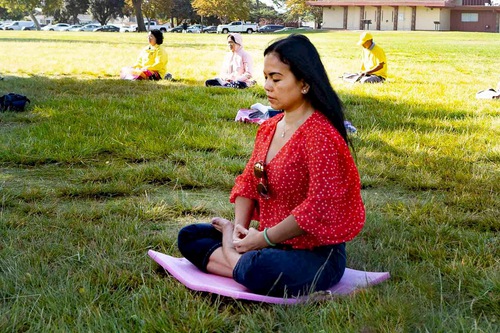 Thaoby, who began practicing a few months ago, said she could now meditate in the double lotus position. “I always looked for a way to calm my mind. I really like doing the mediation exercise.” She heard about Falun Dafa back in Vietnam from her family members and started to read Zhuan Falun this March.

She said her temper changed dramatically. “In the past, I was easily agitated. Whenever someone reprimanded me, I would get angry. However, after practicing Falun Dafa I'm now very calm and seldom get angry. I became much easier to get along with and my mind was also purified.”

Thaoby studies the Fa with her family every day and each time she feels peaceful and tranquil. She no longer gets angry and feels happy.

Around 11 a.m., twenty cars lined up for the parade. The cars had signs with messages: “The CCP Lied, People Died”, “The CCP is not China”, “Falun Dafa is Good, Truthfulness-Compassion-Forbearance is Good.” 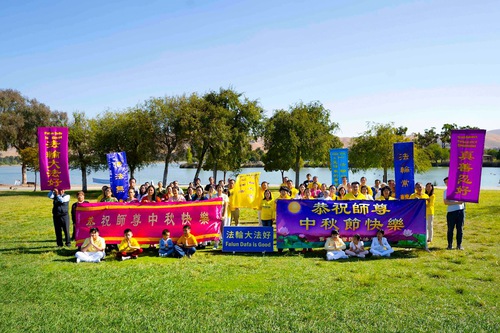 Ms. Zhang said that during this pandemic, practitioners want to remind people in China to be safe by sincerely saying, “Falun Dafa is good, Truthfulness-Compassion-Forbearance is good” and quitting the CCP. She pointed out that people in many Western countries have signed the online petition to eliminate the Chinese Communist regime and hoped the car parade would help raise awareness about that effort.

Many people in cars honked their horns to show their support as the parade passed by and onlookers gave them a thumbs up. Several people took photos. 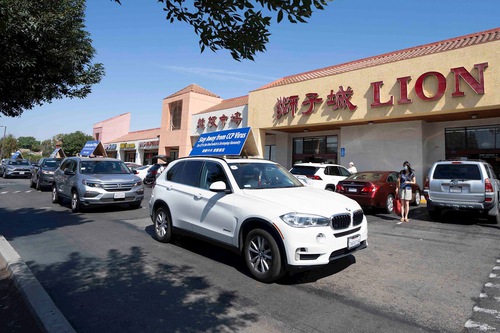 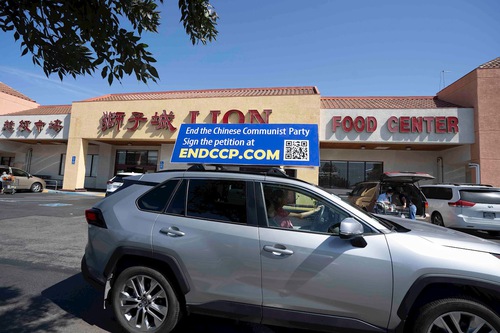 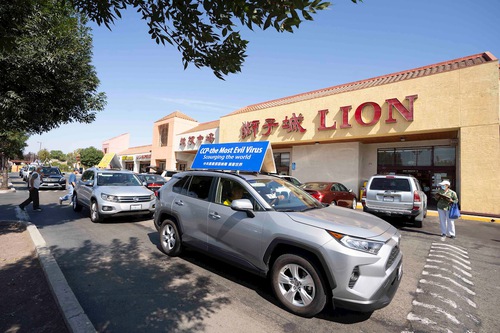 The car parade passes by a Chinese supermarket in Milpitas.

After Ian learned about the live organ harvesting from practitioners he said, “This is absolutely wrong and only communism would do such a thing.”

He said the CCP should be disbanded. He felt the car parade was a good way to show people the evil side of the CCP.

James, a resident in Fremont, said, “I really like the principles of Truthfulness-Compassion-Forbearance. This is a good way to help people constantly improve.”

When he learned about the live organ harvesting which targets practitioners, he was shocked and said, “This is too evil!”

James was very happy to see the practitioners' car parade and how it exposed the CCP's true nature.

“The Many Blessings We Get from Practicing Dafa”