(Minghui.org) Over 360 million Chinese people have quit the Chinese Communist Party (CCP) and its affiliated organizations. Former Member of Parliament (MP) Wladyslaw Lizon and Chair Ludwik Klimkowski of Tribute to Liberty offered their congratulations and extended their support to all those who have quit.

Former MP: It Is a Great Sign That So Many Have Withdrawn from the Party 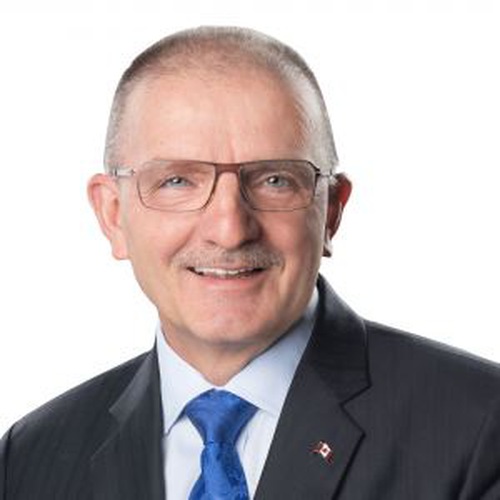 Former MP Lizon said that he was happy that so many Chinese have quit the CCP and its affiliated organizations. He said it was a great sign.

Mr. Lizon said that, before he immigrated from Poland, he joined the Polish workers union in 1980.

“Eventually, in 1989, the communist government relinquished its power. You know that this coincides with the massacre [in China] on June 4th [the Tiananmen Square Massacre]. The first democratic election or semi-democratic election in Poland happened on that same day—on June 4th, 1989. Since then, democracy has evolved in Poland and there was a chain reaction—the Soviet Union collapsed.”

He said that Polish people did not want to suffer, “In many cases, they were compliant. They suffered and they complied. This is how oppressive governments work. But as I said before, this can't last forever. People are powerful when they are together. When they work together, even the oppressive police forces, the oppressive army, and the oppressive security forces will not defeat them.”

He said that the CCP persecutes Falun Gong practitioners, religious groups, and ethnic minorities. He pointed out that it was because oppressive regimes are afraid of organized activities.

“Falun Gong is a peaceful movement and a beautiful practice. Why should they be persecuted? There is no reason to do this. They [the CCP] do it because they are afraid that people are organized and will become strong. The Party might lose power and control.

Freedom Will Come To China 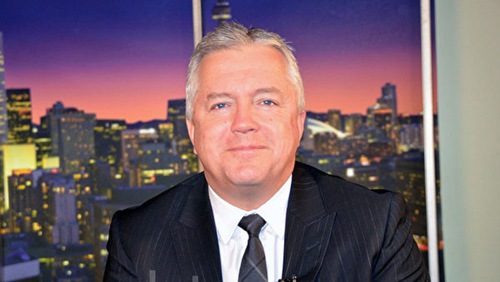 Ludwik Klimkowski, Chair of Tribute to Liberty, has been working to build a Memorial to the Victims of Communism in Ottawa, Canada. In 1980 he left Poland, where he’d had his own investment consulting company.

He said that communists, whether they are Chinese, Polish, or from anywhere around the globe, have one thing in common: killing. Communism tries to control people and their family members and deprive them of their basic rights.

“Communism is the only ideology that doesn't allow for freedom of expression and freedom of democratic adjustment to what is happening,” he said. “If you wish to correct something, if you don't like the system and you wish to improve it or make some changes, those attempts are met with brutal suppression and even killing.

“The Chinese government is mindful of the power of the spirit of your heart. You can be imprisoned. They can harvest your organs. They can kill you, but they cannot rule your soul.”

Since the Nine Commentaries on the Communist Party was published by the Epoch Times in 2004, over 360 millions Chinese have renounced the Party and its affiliated organizations. Ludwik said it was similar to the trend before the collapse of the former Soviet Union.

Due to the CCP’s initial cover-up of the coronavirus epidemic and its implementation of the National Security Law for Hong Kong, democratic countries are uniting to oppose the CCP. Ludwik encouraged Chinese people to quit the Party.

“You don't have to be afraid. You can actually leave the CCP. You can renounce your membership in that party, and you'll be strong.”

No One Believes the CCP

Ludwik thought the current coronavirus pandemic was similar to the Chernobyl incident in 1986. That incident led to the acceleration of the collapse of the Soviet Union.

“I think the coronavirus situation right now, this whole situation with Wuhan, the lack of steps necessary to contain this virus for the Chinese Communist Party is exactly like the Chernobyl of 1986 for the Soviet Union.

“In fact, no one believes them anymore. No one even wants to come to the table to sign any agreements with the Party, because we know, just like with the Soviet Union representatives of its communist party, that they just lie. They don't tell us the truth.”

He said eight million people have left communist countries for Canada to be free and safe. He wants to build a Memorial to Victims of Communism to remind people not to forget the victims who suffered under communism.

He said that communism has led to the deaths of at least 100 million people.

“Three Women in Their 70s Arrested for Practicing Falun Gong”