(Minghui.org) Falun Dafa practitioners held a rally in front of the Chinese Embassy on September 19, 2020, to protest the Chinese Communist Party’s (CCP) recent escalation of the persecution. They called on the international community to help stop the 21-year-long persecution. 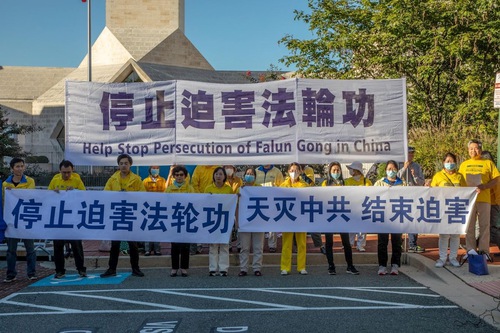 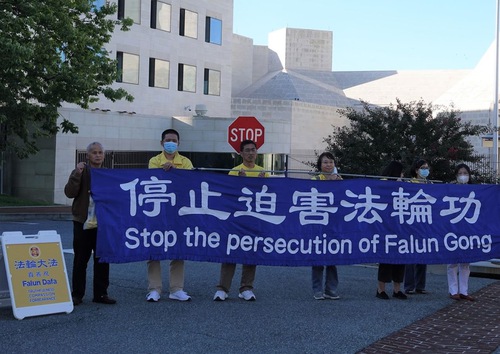 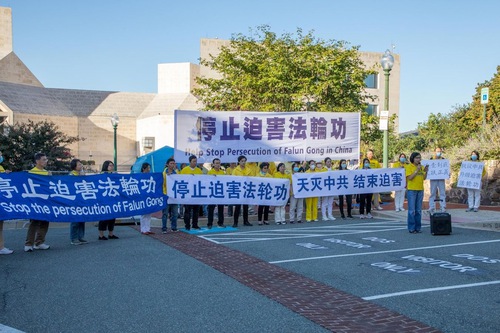 Practitioners held a rally in front of the Chinese Embassy in Washington D.C. to call attention to the CCP's recent escalation of the persecution.

The CCP Political and Legal Affairs Committee recently launched a new round of persecution (the “Zero-out Campaign”) attempting to force practitioners to give up their belief. In the first six months of 2020, the CCP police arrested 5,313 practitioners in 238 cities in 28 provinces. Forty practitioners died as a direct result of this persecution. The CCP police and legal system also extorted 2,862,994 yuan (US $421,599) from practitioners.

“The CCP’s escalation of the persecution may lead to more people renouncing the Party,” said spokesperson Xiaoxu Lin of the Washington DC Falun Dafa Association. 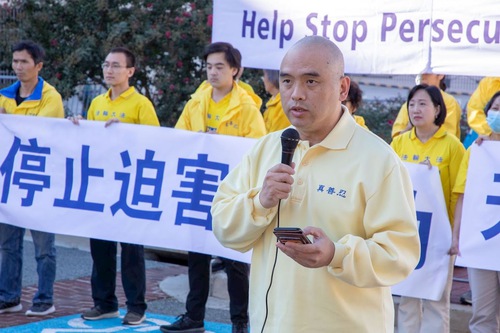 “The CCP’s persecution is inhumane and Falun Dafa practitioners are protesting this escalation. The United States will lead other democratic countries in strengthening their sanctions against the CCP.”

Jiang Quande of Changchun, Jilin Province, died on August 25. He and his wife were taken away by police on July 15 and detained. He was previously imprisoned for 11 years and incarcerated in forced labor camps for one and a half years. 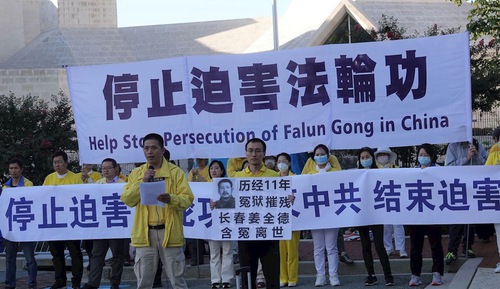 “I'm saddened to hear about the deaths of fellow practitioners,” Qingkai Zhao said, “From the persecution, I came to know the facts and learned about the CCP’s evil nature.

“I became a Falun Dafa practitioner. I stand here to speak up for fellow practitioners who are being persecuted in China. Justice will prevail over evil.”

Chunrong Wang from Dalian, Liaoning Province was imprisoned for three and a half years for her belief. She participated in the rally after learning about the death of Li Ling of Penglai, Shandong Province. Li was beaten to death by the local militia. 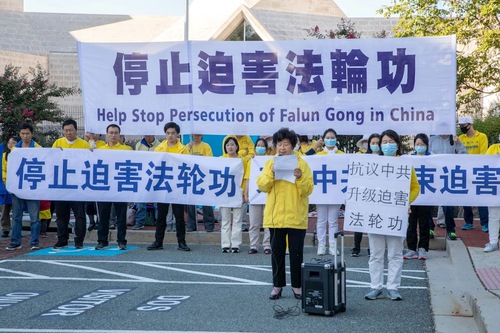 According to the Minghui report on September 9, Li Ling was taken away by the CCP secretary of her village and five or six militia on June 28, 2020, when she brought home materials about Falun Dafa. She was interrogated about the source of the materials.

Militia members Yu Deshui and Yu Desheng severely beat Li. Li’s teeth were knocked out and her mouth was cut. Her lower left rib cage was injured, and her entire body was covered in bruises. On July 13 she died from the injuries sustained during the beating. Her body looked terrible. The militia forced her family to have her body cremated the same day she died.

“The news shocked me. I was both sad and indignant,” Chunrong said, “That the militia could conduct such a violent interrogation, and cover up the crime by forcing the family to cremate the victim. This criminal violence can only happen under the CCP. The perpetrators must be brought to justice.”

In April 2020, the Political and Legal Affairs Committee in Beijing ordered and began carrying out the “Zero-out Campaign,” an attempt to track down and force all Falun Dafa practitioners to renounce their faith.