(Minghui.org) Nine Falun Gong practitioners in Xingtai City, Hebei Province were sent to the Xingtai City Brainwashing Center between June and August 2020, where they were ordered to renounce their faith.

According to information collected by Minghui.org, 553 Falun Gong practitioners have been sent to the brainwashing center, known as "Xingtai City Home of Care and Love" to the outside, in the past two decades.

The guards torture practitioners in different ways in attempts to force them to renounce their faith. Their techniques include beatings, sleep deprivation, force-feeding, intensive brainwashing, and the use of nerve-damaging drugs. 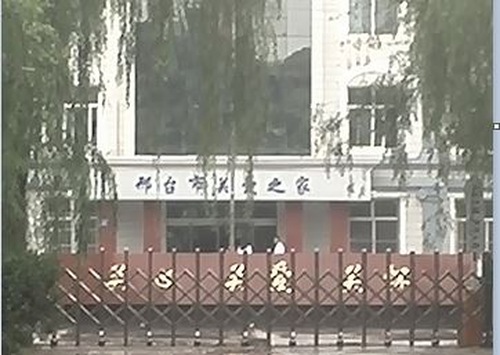 Ms. Xia Yunsheng, 54, was arrested at work on July 29, 2020, by seven police officers. She was sent straight to the brainwashing center. Three other officers ransacked Ms. Xia’s home right after her arrest but didn’t find any Falun Gong-related materials.

Upon learning of Ms. Xia’s arrest, her husband rushed to the brainwashing center and demanded her release.

This isn’t the first time that Ms. Xia has been persecuted for her faith. She was fired by her workplace and forced to live away from home in October 2001. She was sentenced to three years in Hebei Province Women’s Prison following her arrest in May 2004.

Two Neighbors Sent to Brainwashing Center Twice in One Month

Ms. Yang Yanqiu was arrested on February 4, 2020, for putting up posters about Falun Gong. Although the police released her a day later, she was placed under surveillance and not allowed to freely go anywhere.

Ms. Yang’s neighbor, Ms. Huo Guiqin, in her 50s, was also arrested on March 17, 2020, for posting informational stickers about the persecution of Falun Gong. Her home was ransacked. She was later released on bail.

Both practitioners were once deprived of sleep for three days. The collaborators (people assigned to do the brainwashing of practitioners) attacked Falun Gong and attempted to force Ms. Yang and Ms. Huo to sign prepared letters renouncing their faith. The police threatened Ms. Huo that her daughter would lose her job if she refused to sign the letter.

One Practitioner Sent to Brainwashing Center While Two Left Home

Ms. Liu Guangyu, Ms. Liu Xizhen, and Ms. Wang Sanni, all residents of Xingtai County (which is under the administration of Xingtai City), were harassed in June 2020. The three practitioners were previously arrested together in September 2018 while hanging banners with information about Falun Gong. They were each sentenced to eight months in prison and released in April 2019.

Officials attempted to force the practitioners to renounce their faith by threatening to force their children or grandchildren out of jobs or schools.

Other practitioners who were taken to the brainwashing center recently include Ms. Hu Hui and a practitioner from Sansi Township.

“Awakening the Conscience of People During the Lockdown”