Police in Sweden: “Things are Calmer When You Have Your Activities Here”

(Minghui.org) After raining for several days, blue skies and white clouds returned to the skies in Gothenburg, Sweden. Falun Gong (also called Falun Dafa) practitioners gathered at the square in the city center on August 30, 2020, and demonstrated the Falun Dafa exercises with the calming music.

Two police officers on duty stopped by and asked how the event was going. They said: “There’s been trouble here during the past few days. You must be careful. They also inquired how long practitioners would be there. A practitioner replied: “We will be here from 1-4 p.m.” The officer smiled, saying: “Things are calmer when you are here.” to which the practitioner responded: “We will try and hold a few more similar activities here.” Practitioners gave the female officer a paper lotus flower, which she accepted with a big smile. 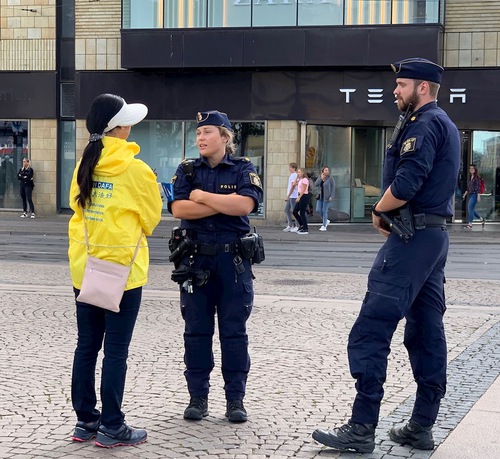 Police on duty chat with a practitioner.

People walked by the area in an endless stream. Many walked up to practitioners to ask for information, with the majority being young people. One passerby stood waiting for a practitioner to finish talking to someone, so she could ask for Dafa brochures. The young people who learned about the practice and took home brochures came from different nationalities which included Sweden, Afghanistan, Romania and China. When practitioners handed them a brochure, none of them refused to take it. Most asked where they could find practice sites, as they would like to take up this cultivation practice. 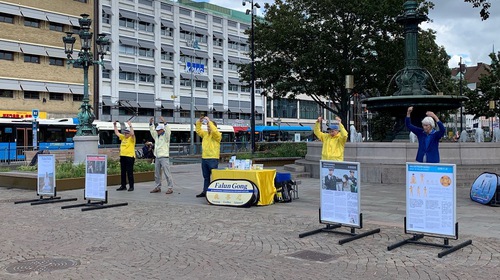 Practitioners demonstrate the exercises at the Gothenburg city center. 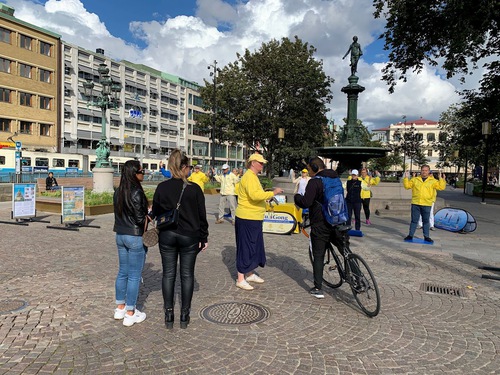 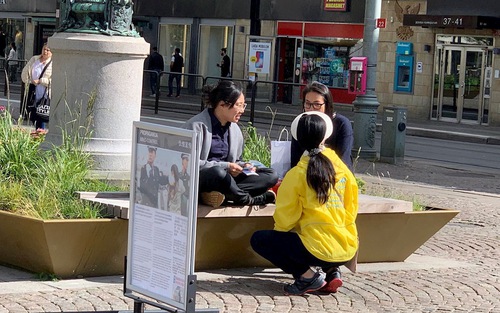 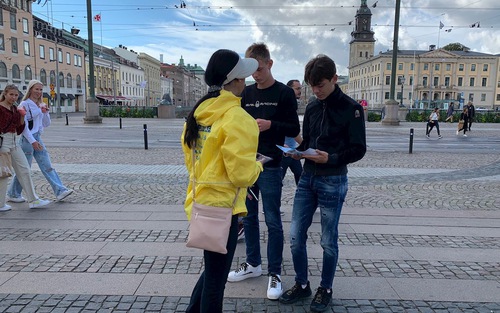 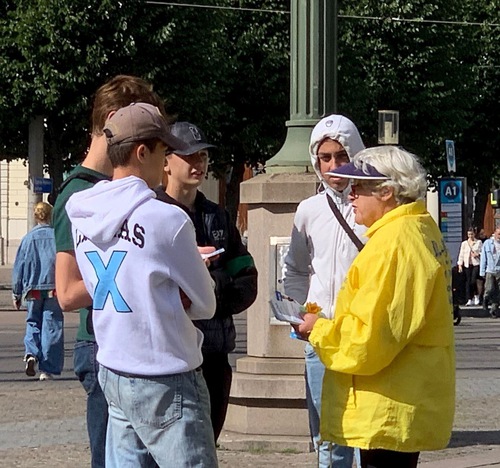 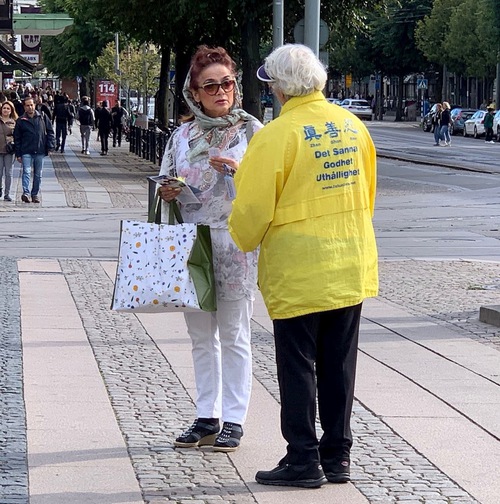 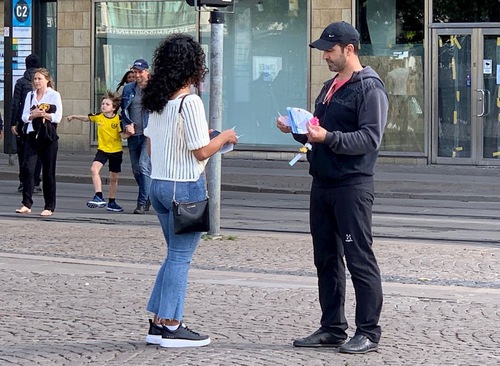 Practitioners introduce the mind and body practice to passersby.

A young man who spoke Cantonese watched practitioners do the five-sets of exercises for quite a while. He told practitioners: “I also practice a form of qigong but it is not the same as this. After a practitioner briefly explained to him what is Falun Gong, he asked where classes are held as he would like to learn it. A practitioner gave him a flyer with details about classes.

A woman who appeared to be in her 80s said to practitioners: “What shall I do? I live alone, and there is the coronavirus pandemic.” Practitioners said to her: “If you have a computer, you can go to this website and download the instructions to learn the exercises. You can learn to do this at home. Besides, why don't you recite Falun Dafa is good, Truthfulness, Compassion, and Forbearance is good?” She repeated the phrase after listening to practitioners and thanked them before leaving.

“I'm Blessed for Supporting and Telling People about Falun Gong”