Canada: Rally in Quebec Calls for End to Persecution—“The World Stands With You”

(Minghui.org) Falun Gong practitioners in Quebec City, Canada, held a rally on Place D’Youville on August 22, 2020, calling for an end to the Chinese Communist Party’s (CCP) 21-year-long persecution. They also called for the Canadian government to sanction CCP officials who have committed human rights crimes. 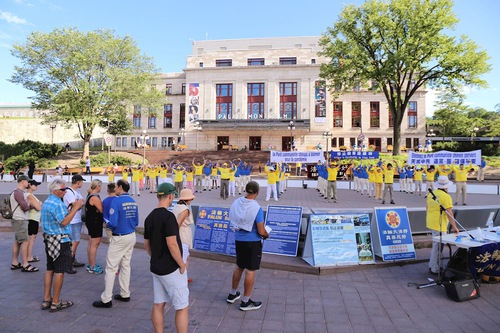 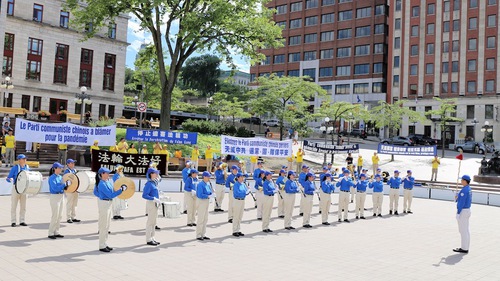 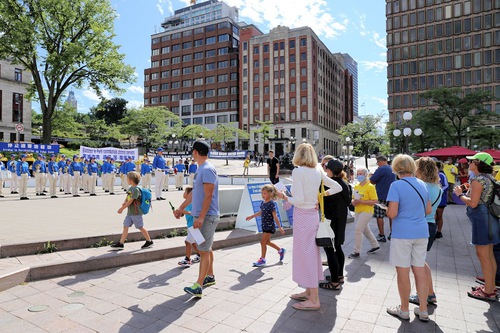 A peaceful rally in Quebec City calls for an end to the persecution of Falun Gong. 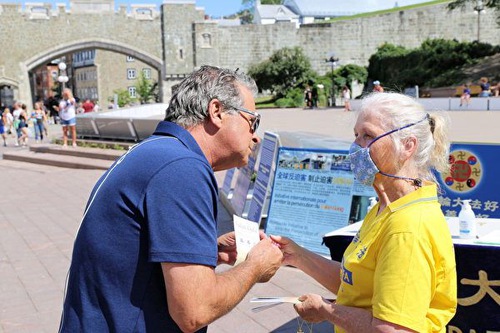 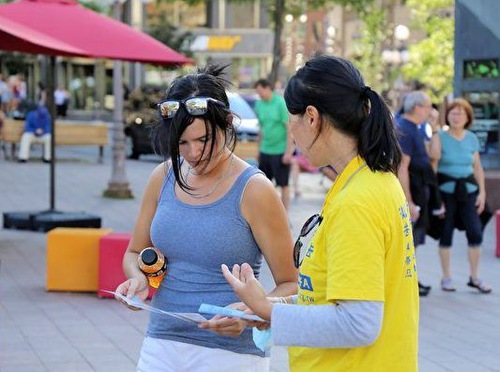 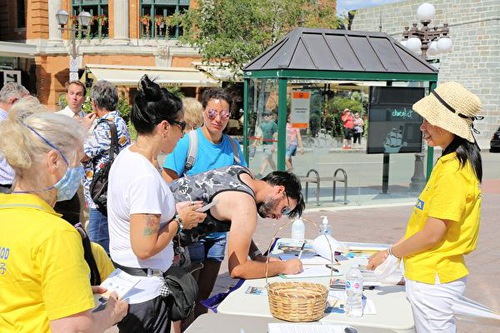 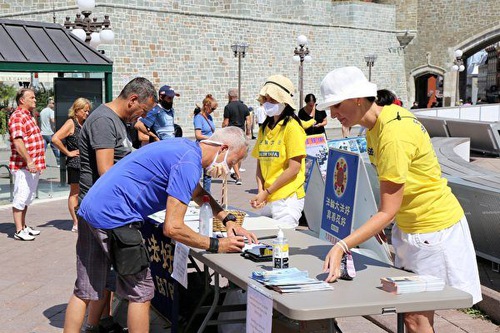 People in Quebec City sign a petition to the Canadian government.

People gathered to listen as the Tian Guo Marching Band kicked off the rally with beautiful music. Large banners in Chinese and French proclaimed practitioners’ messages. Many people stopped to read the information and signed the petition after hearing about the CCP’s crimes, especially the harvesting organs from living Falun Gong practitioners.

Mercier, a father of three, encouraged practitioners to keep up their efforts to expose the CCP. He said that he believed the world was awakening to the current situation and that Falun Gong practitioners’ activities had widened people’s views. 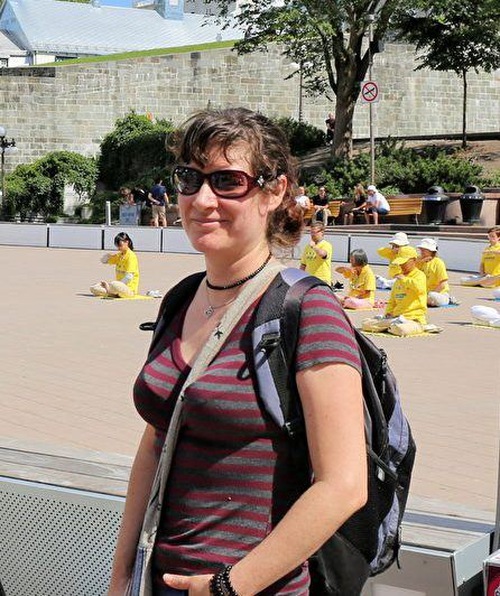 Véronique Ruel stopped and watched practitioners as they meditated. She said she was opposed to the persecution and hoped the rally would open the eyes of more Canadians. She encouraged practitioners, “Your fight is our fight. The world stands with you.” 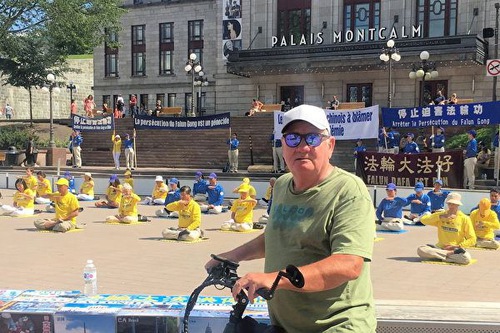 Albert Gagné, a local resident, said that he was well aware of the communist regime’s crimes. He struggled to find the words to describe his feelings about the state-sanctioned live organ harvesting. He said it was completely against human nature. He sympathized with the Chinese people who had become the victims of the CCP’s human rights violations.

Miles Oliphant, another local resident, said his family was from East Germany and that he had been following the news about China. He pointed out that the CCP’s regime threatens democracy and that it covered up the pandemic for political purposes. “The CCP is no friend,” he declared. “It persecutes religious groups for no reason and attempts to smear them.” 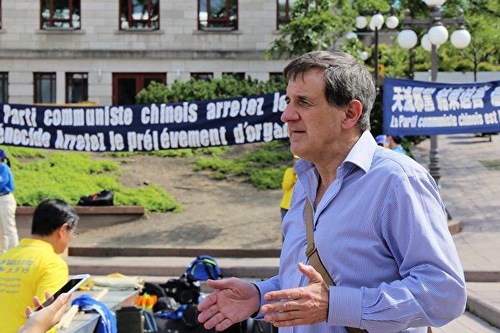 Miles Oliphant says the CCP is not a friend.

Mr. Oliphant urged the Canadian government to stand up to the CCP and choose to do business with countries with good values. He hoped Falun Gong practitioners’ peaceful activities would alert Canadians of the danger.