(Minghui.org) Falun Gong practitioners in Germany held activities in Munich, Augsburg, and Frankfurt on July 25, 2020, to expose the Chinese Communist Party’s (CCP) persecution and to introduce the benefits of Falun Gong to the public. 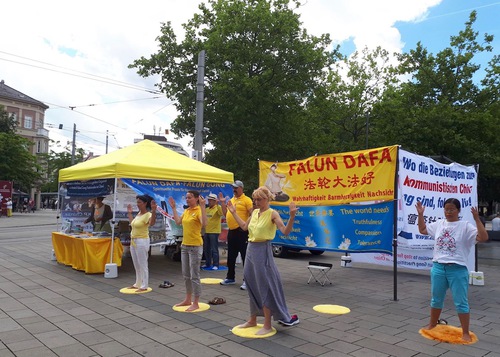 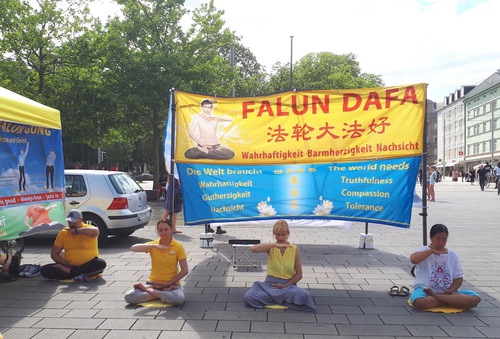 Practitioners demonstrate the five sets of exercises in Augsburg. 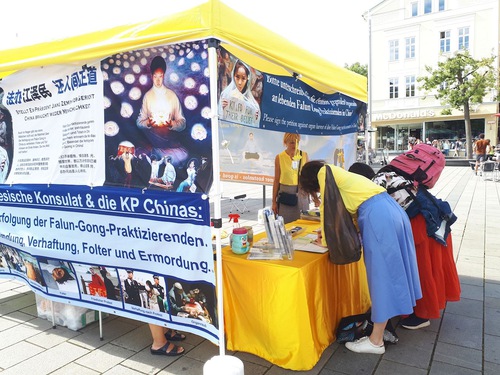 People in Augsburg sign a petition to support Falun Gong. 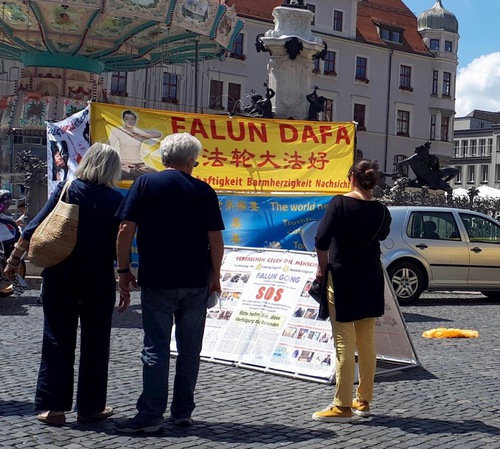 The exhibition exposed the CCP’s crimes against Falun Gong practitioners.

Practitioners set up an information booth at Königsplatz in downtown Augsburg. Many people stopped to read the information and watch the exercise demonstration. When they learned the extent of the CCP’s crimes, they signed the petition calling for the German government to help end the persecution.

A man told a practitioner that he had learned a lot of information from the Epoch Times newspaper. He said, “Communism must be eliminated. It has killed millions of people. China has a splendid ancient culture, but the Chinese Communist Party has totally destroyed it.”

Practitioners demonstrate the exercises in Munich. 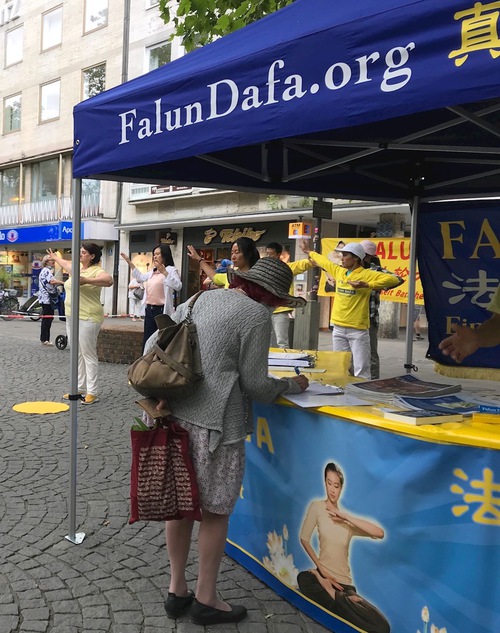 The exhibition about Falun Gong attracted many people to the Rot-Kreuz-Platz in Munich. They asked what they could do to help practitioners.

Two women said that Falun Gong practitioners were so peaceful and they couldn’t understand why the CCP had persecuted them. A practitioner explained to them that the principles of Falun Gong, Truthfulness-Compassion-Forbearance weren’t in line with the CCP’s ideology, and the CCP promoted atheism in fear of people’s righteous faith. The women condemned the CCP’s atrocity of organ harvesting from prisoners of conscience.

A man held an in-depth discussion with a practitioner. He signed the petition to support Falun Gong and attributed the declining morality in today’s society to the loss of faith.

Practitioners held activities on the Zeil shopping promenade in Frankfurt to commemorate Falun Gong’s 21 years of peaceful resistance to the persecution. People were out enjoying the fine weather, and the shopping district was crowded on Saturday. Many were attracted by the Falun Gong exercise demonstration and stopped to watch and learn more. 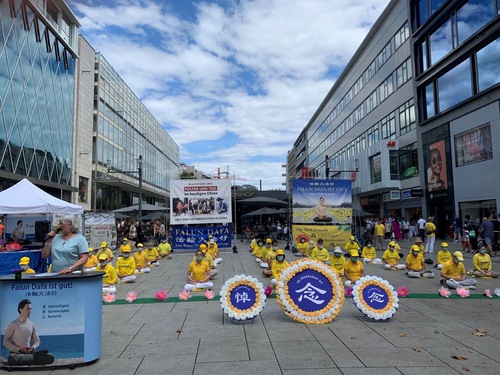 Practitioners held a commemorative activity on the Zeil shopping promenade in Frankfurt. 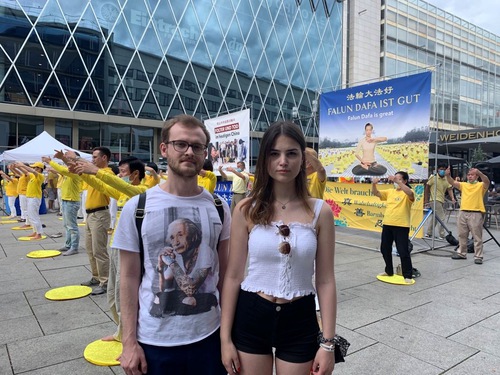 Angelika and Bodgan, two young people from Frankfurt, said all Germans and politicians should stand up to oppose the CCP’s persecution. 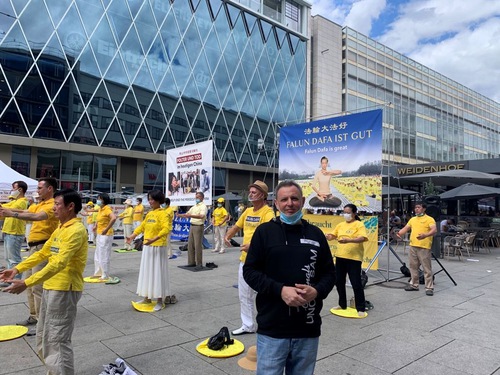 Stan Christian, a local resident, would like to see the German government pressure the CCP to stop the persecution.

“Cultivating with My Daughter”