(Minghui.org) Falun Gong is based on the principles of Truthfulness-Compassion-Forbearance. Due to its popularity and traditional values, the Chinese Communist Party (CCP) has persecuted practitioners since July 20, 1999, spanning 21 years.

According to Minghui.org, more than 4,500 Falun Gong practitioners have lost their lives due to the persecution, although the number is likely many times higher. Hundreds of thousands of practitioners have been imprisoned or incarcerated in forced labor camps, suffered physical and mental torture, and are even subjected to state-sanctioned live organ harvesting.

Protesting the Persecution in Front of the Chinese Embassy and Consulate 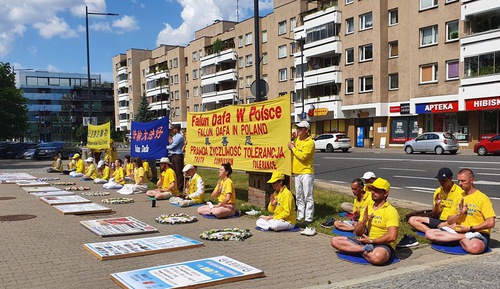 Practitioners peacefully protest in front of the Chinese Embassy and commemorate fellow practitioners who have died due to the persecution.

Practitioners held a peaceful protest in front of the Chinese Embassy in Warsaw on July 19, 2020, to let people know about the persecution and the CCP’s live organ harvesting. They commemorated the practitioners who’ve died in the persecution. 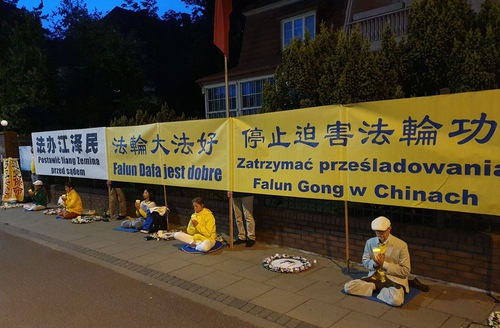 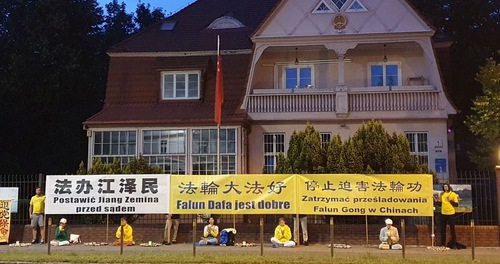 Practitioners held a candlelight vigil in front of the Chinese Consulate in Gdansk on July 25 to commemorate the practitioners who have died due to the persecution. 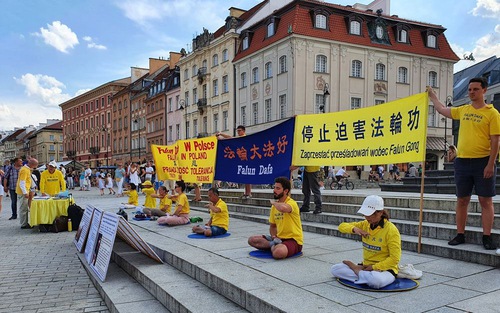 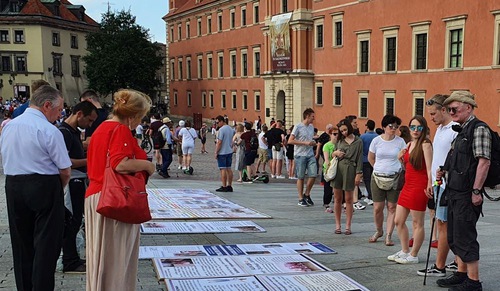 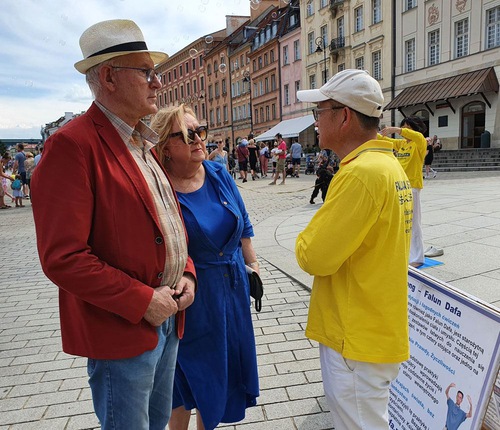 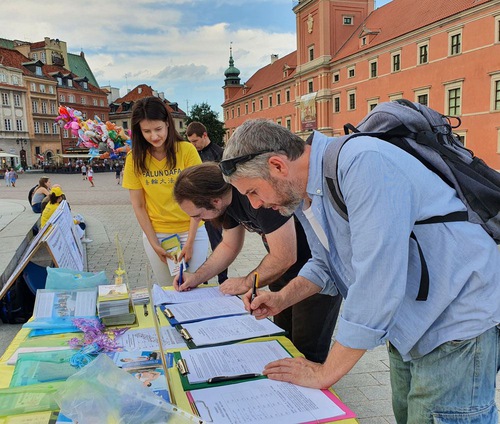 Falun Gong practitioners clarified the truth in Warsaw Old Town on July 19. They distributed fliers, demonstrated the exercises, and collected signatures. Many people signed the petition after learning about the persecution.

The lockdown to control the coronavirus pandemic has been almost completely lifted in Poland. People came out to enjoy the weather and Warsaw's old town was bustling. Many stopped, read the posters, and signed the petition.

“I’ve known about the persecution of Falun Gong for a long time,” a man said, “but I thought it had nothing to do with Poland as China is so far from us. So I did not sign your petition before. Now I think I was wrong.

“This coronavirus pandemic lets me understand that the CCP is the source of the virus. Appeasing an evil force harms innocent people. Everyone should help eliminate the CCP. I signed the petition to support Falun Gong. Good luck!” 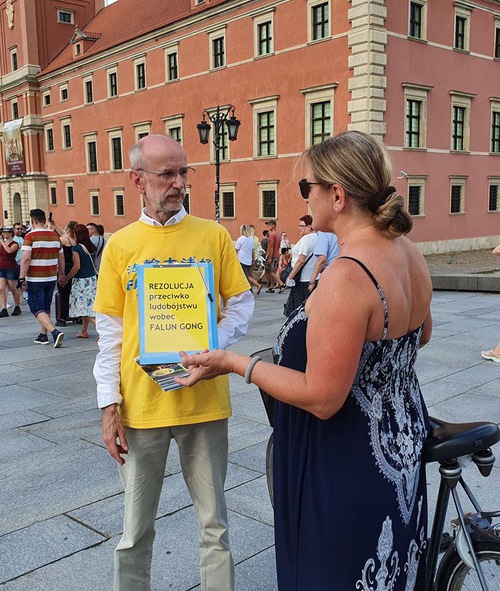 Regina Siejkowska talks with a practitioner to learn about Falun Gong.

“Good people have no dignity under the CCP’s control,” Regina Siejkowska said. “They can only survive during this persecution. The world is so bad. Only God can save us. We humans must do our best, even the smallest thing, to change the world. I sign to support Falun Gong.”

“I know this plague will eliminate many bad people,” an elderly lady said. “It's always darkest before the dawn. I'm worried that we are facing an immense disaster. But, will good people also die?”

“We are looking for good people,” a practitioner told her. “We let them know about Falun Gong and the persecution. Don’t worry about the future.”

The lady shook the practitioner's hands and said, “I sign to support Falun Gong!” 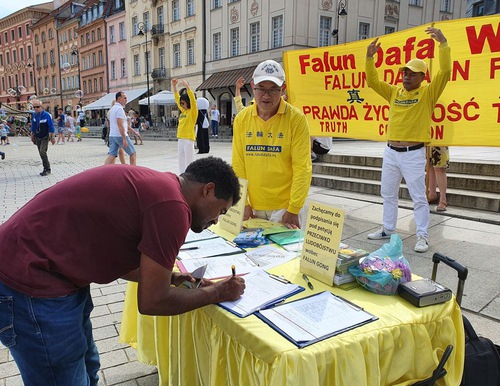 Dr. Abrha from Ethiopia, who loves Chinese culture, signs the petition to condemn the persecution.

Dr. Abrha from Ethiopia lives in Germany. He likes ancient Chinese culture and has read Confucius' works. He was touring Poland and heard about Falun Gong for the first time. He was very interested.

“I must read Zhuan Falun,” Dr. Abrha said. “A peaceful group that the CCP persecutes, by all means, must have great spiritual power. I must learn about it.”

He was shocked to learn about the CCP’s persecution and live organ harvesting. After he signed the petition, he visited Old Town, then returned to the practitioners' event and sat down to watch and listen.

Rally in Front of Parliament 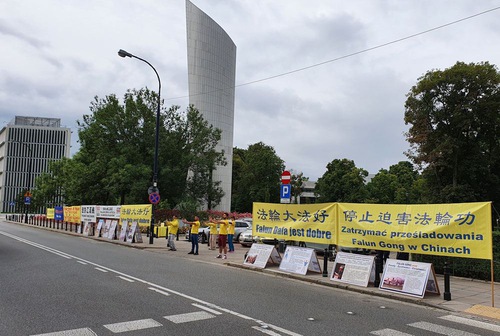 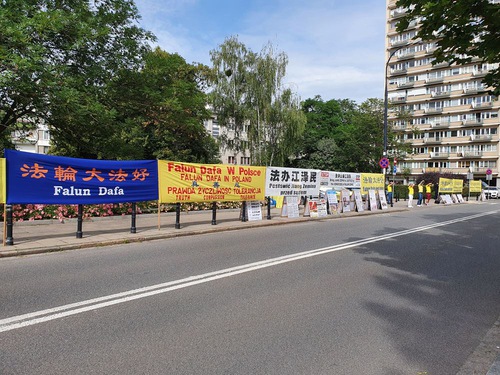 Peaceful rally in front of the Polish Parliament building in Warsaw 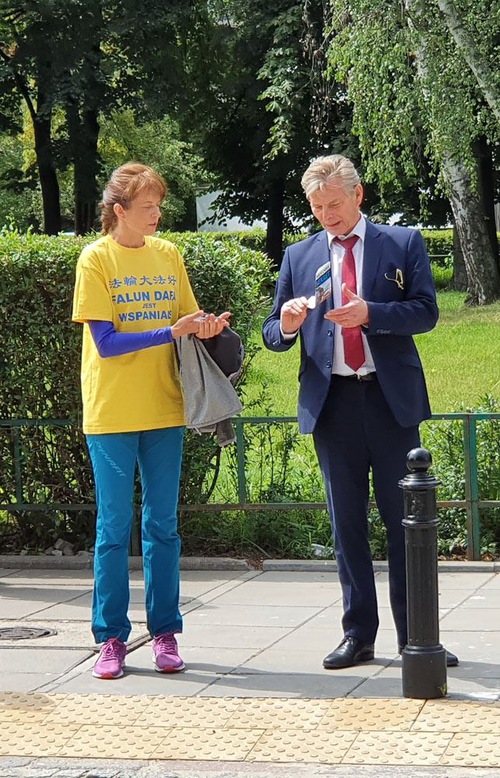 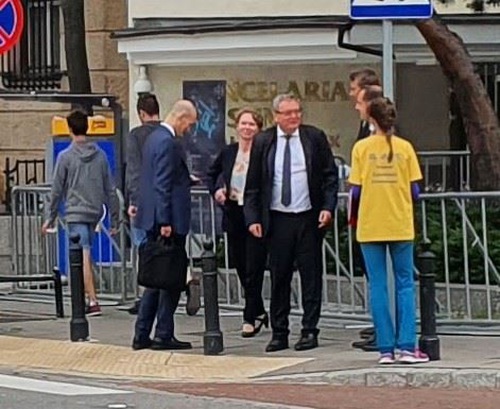 Practitioners talk with passersby and politicians about Falun Gong and the persecution in front of Parliament.

Practitioners held a rally in front of Parliament and called on the Polish government to take action to help stop the CCP’s persecution.

The rally lasted from 7 a.m. to 6 p.m. Reporters, Members of Parliament (MP), staffers, and passersby paused to listen and express their support. People accepted fliers and listened to practitioners’ explanations. Many people took photos of the posters and the exercise demonstration.

“I know about the persecution of Falun Gong,” said Macierewicz Antoni, MP and former Minister of Defense, after reading the posters. “I support your event.”

He said he knew about the joint statement signed by more than 600 former and current members of parliament and state legislatures in over 30 countries. He sent his signature for the statement the next day and asked the practitioners to submit the statement protesting the CCP’s persecution for him.

Events Held in Gdansk to Protest the Persecution 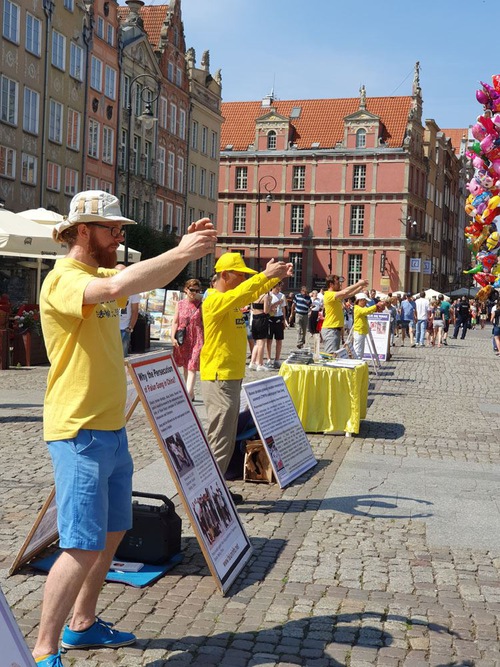 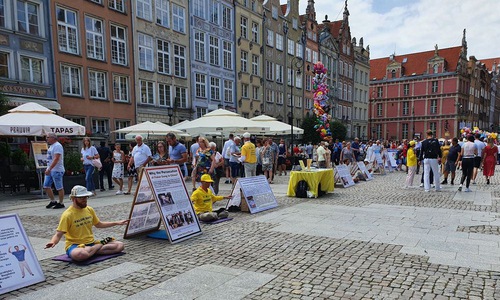 Practitioners held activities on popular Long Square in Gdansk, a city in northern Poland, on July 25 and 26. They introduced Falun Gong and exposed the persecution.

The day before, they visited the Pomeranian Provincial Government and the Gdansk City Government to distribute Falun Gong fliers and magazines to staffers in each department. 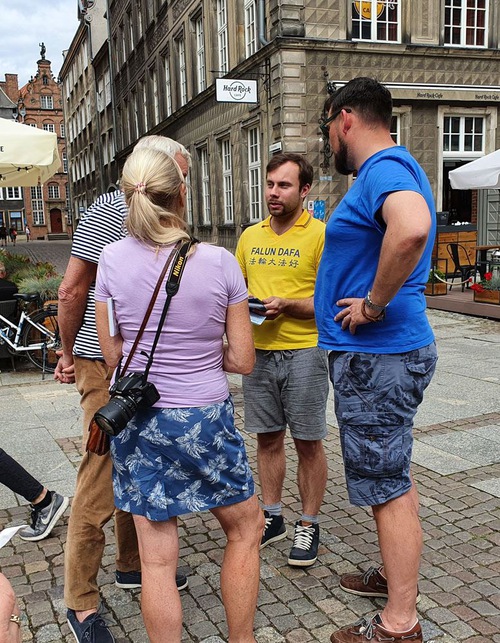 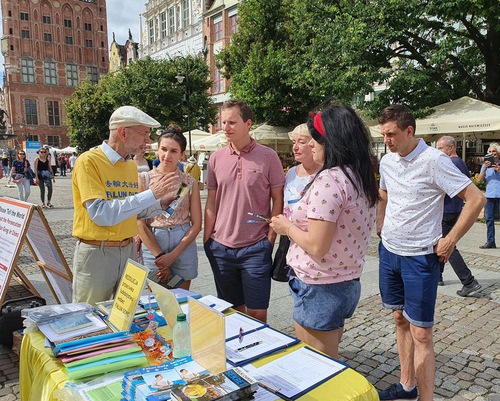 Explaining Falun Gong and the persecution to the public 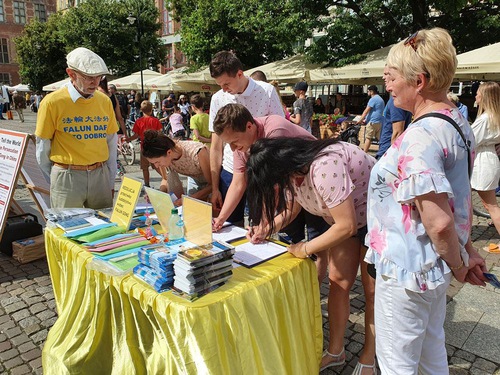 People sign the petition to condemn the persecution after learning about it.

“Your event makes this place feel sacred,” Barbara Kowaczka said. “I hope all good people will come and listen to you.”

“I saw similar activities in London,” Łukasz Anton said. “I was touched each time. I know about Falun Gong and have read many articles about the persecution. I support Falun Gong. You are doing well. This is an important event.” 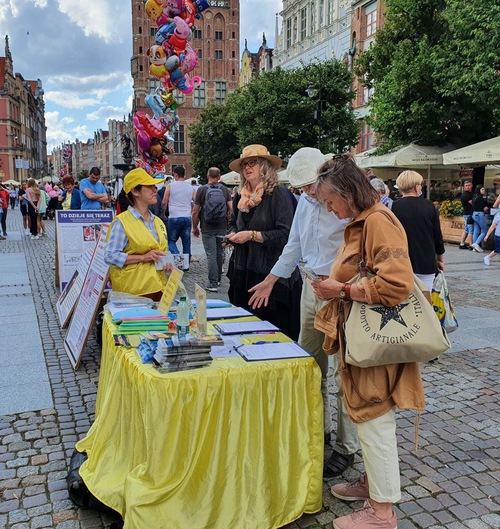 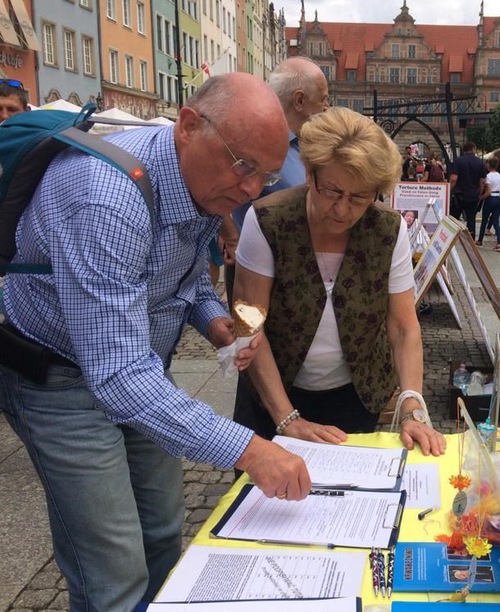 Former Speaker of the Parliament Marek Borowski and his wife sign the petition to condemn the persecution.