(Minghui.org) Falun Gong practitioners held activities in the City of Parramatta, Sydney, Australia on August 16, 2020 to raise awareness of the persecution of their faith in China. Andrew Wilson, City Councilor of Parramatta, came to express his support. He pointed out that Truthfulness-Compassion-Forbearance benefits Australian society. 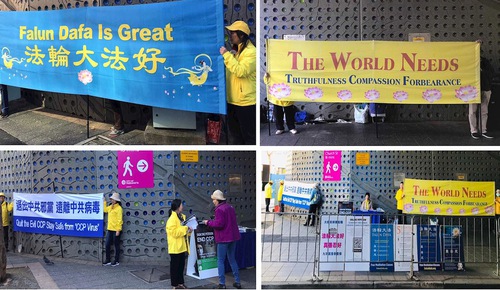 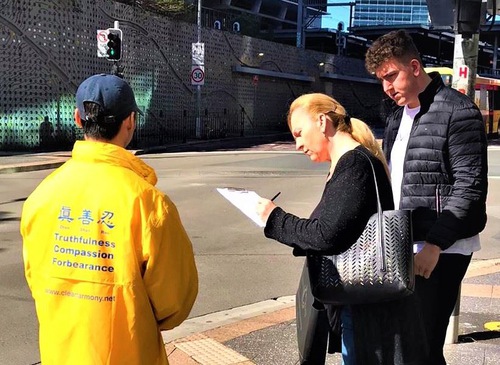 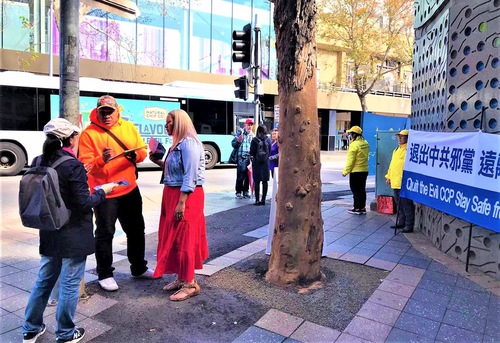 Falun Gong is a Peaceful, Law-Abiding and Wonderfully Welcoming Community

Councilor Wilson has frequently participated in Falun Gong events and commended Falun Gong in many of his speeches. 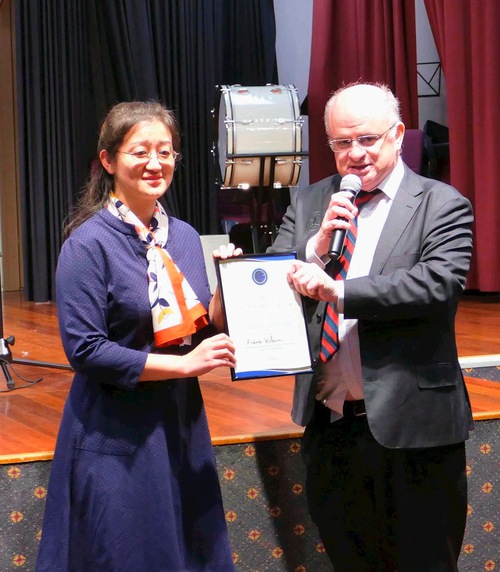 Then-mayor Andrew Wilson of the City of Parramatta hands his letter of recognition to Dr. Zhao, Director of the Australia Falun Dafa Association, on May 3, 2019.

In May 2019, as Mayor of Parramatta, Mr. Wilson issued a recognition and letter of support to the Falun Dafa Association of Australia to celebrate the 27th World Falun Dafa Day. He commended the contribution of Falun Gong practitioners to the local community.

“We are proud that you are members of our city,” Wilson said. “We are proud of your contributions and efforts for the beauty and prosperity of this city. Thank you very much. You are good citizens, always trying to do the right thing.”

“This I believe gives proper recognition that is peaceful, law abiding and wonderfully welcoming,” Wilson stated in his letter in May 2019.

“Our city stands proudly for freedom of religion, freedom of conscience and solving our problems as peacefully as we can. We are proud to be the home of an active and humane community. The Falun Dafa community can be proud of how well they fit into our wider community, on being fine and productive citizens and their strength of commitment to their faith.”

“It was a winter when I first met with a Falun Gong practitioner,” recalled Wilson. He said he saw them meditating on the cold stone bricks downtown and immediately realized that these people were very committed and doing something he had never done before.

“I have supported Falun Dafa for over ten years,” Wilson said. “I think that they are very good people. They don't need much. They are just asking for the freedom of belief that everyone should have.”

During the rally to mark the 21st anniversary of Falun Gong practitioners’ peaceful protest against the Chinese Communist Party’s (CCP) persecution this year, City Councilor Wilson once again praised practitioners.

“For a simple purpose, you have consistently fought against the CCP tyranny for 21 years. What will happen in the near future? The Chinese people will look for the essence of [Chinese culture], that is, Truthfulness-Compassion-Forbearance.”

He said the CCP’s persecution of Falun Gong is evil and terrifying, and that such a cruel persecution in China sounds incredible to Australians. He said he opposed the CCP’s extension of the persecution overseas, the CCP’s use and infiltration of Australian media, and unfair comments and actions that slander Falun Gong.

Resident: Truthfulness-Compassion-Forbearance Is Important for Our Society

Due to the coronavirus pandemic, the New South Wales government’s current policy restricts outdoor gatherings to 20 people. Although there are fewer tourists, many people stopped in front of Falun Gong display to learn more about the persecution and sign the petition to reject the CCP. 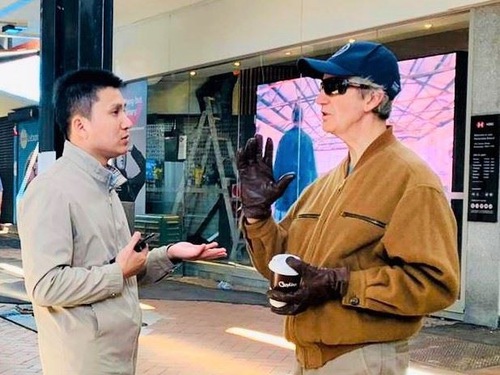 “I have known about Falun Gong for many years,” Christ said, “But this is the first time I've heard about the persecution. I think this is because the CCP is afraid of losing control.

“Stalin, Mao Zedong, and Hitler are all the same. They killed more than 200 million innocent people. Falun Gong is not a military force. Why is the CCP afraid of those who only want to promote Truthfulness-Compassion-Forbearance and want a healthy body?

“I have never heard of [forced organ harvesting from Falun Gong practitioners]. But this is very bad. We need to uphold moral values. The principles of Truthfulness-Compassion-Forbearance are very important to our society.” 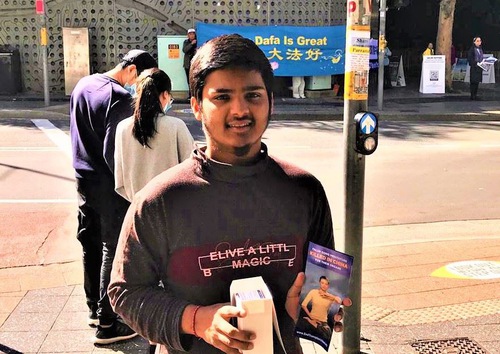 Dack Shat, an IT student from India, said this was the first time he'd heard about Falun Gong. “We should help stop the persecution,” Shat said. “I will tell my friends about it. The principles of Truthfulness-Compassion-Forbearance are very beneficial to our society.”