(Minghui.org) Sixty-nine year-old Mr. Bian Qunlian fell into critical condition while imprisoned for his faith in Falun Gong, and died on August 12, 2020, four days after being sent back home. 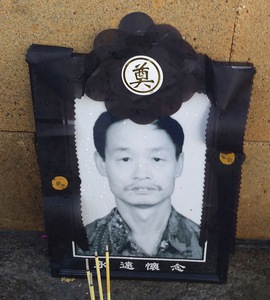 Mr. Bian, of Chengde City, Hebei Province, took up Falun Gong in 1996. Because he upheld his faith and spoke up for it, he was held in a brainwashing center for two months in 1999 and sentenced to eight years in Jidong Prison following his arrest on April 18, 2005.

Only three years after being released, he was arrested again on July 8, 2016, along with three other practitioners, for talking to people about Falun Gong. One officer slapped his face with a shoe and verbally abused him in the Chengde County Detention Center.

The Chengde County Court sentenced Mr. Bian to six years in prison with a 20,000 yuan fine on February 15, 2017. The other three practitioners were given between three and six year terms.

Mr. Bian was diagnosed with rectal cancer in early January 2020, and he had surgery on April 13, 2020. The prison authorities didn’t allow his family to accompany him in the hospital, and took him back to the prison after he was discharged.

The prison informed Mr. Bian’s family on the evening of August 8 that they were sending him home.

The next day, Mr. Bian was driven back to Chengde City in an ambulance. The residential committee staff took pictures of him before allowing his family to take him home.

According to his family, Mr. Bian was emaciated, and a feeding tube was inserted into his stomach, as he could no longer eat after the cancer metastasized. He had high fever and couldn’t recognize his own brother.

Mr. Bian passed away after spending four days with his family.