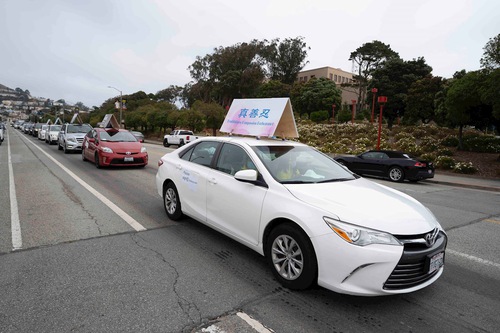 The car parade began at the City College of San Francisco. 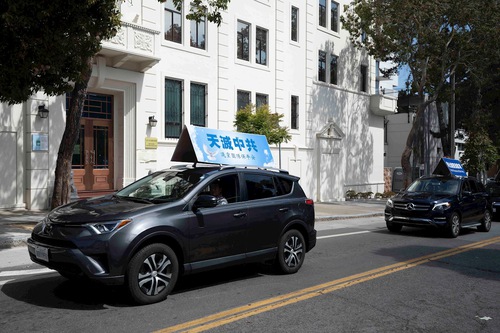 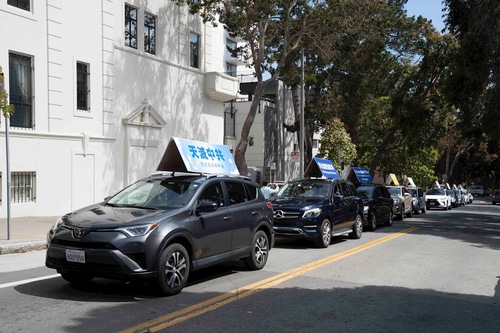 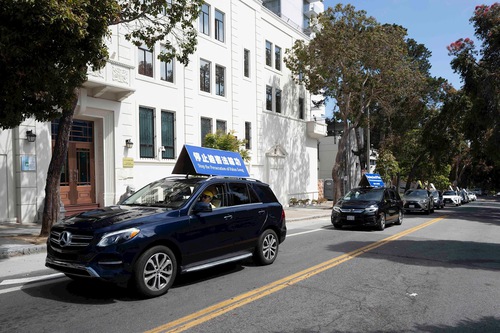 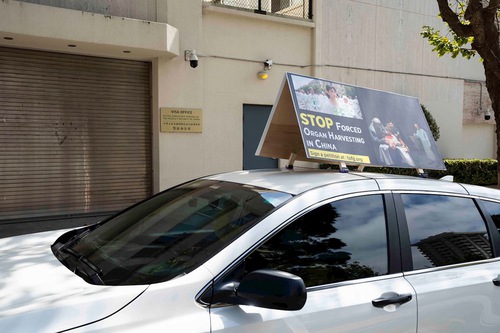 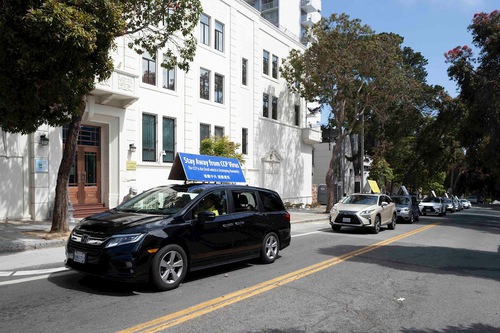 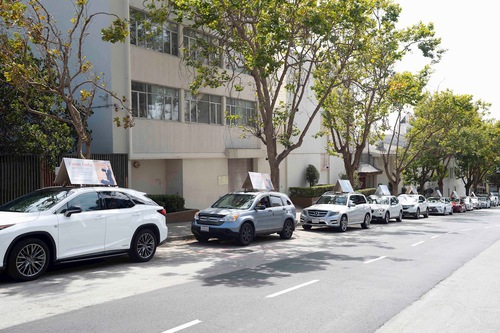 Each car carried messages on top worded, “The CCP is destroying humankind” and “Stay away from the CCP .” The cars slowly drove around the Chinese Consulate.

The convoy of cars started at the City College of San Francisco, and traveled between the Richmond District and the Sunset District in Chinatown. Then, it drove around the Chinese Consulate. Each car carried signs with the messages, “The CCP is Destroying Mankind” and “Stay Away from the CCP.”

Jenny Zheng, the event's organizer, said the parade was meaningful because during the coronavirus pandemic, gatherings and regular parades could not be held. The car parade was one way practitioners could continue the ongoing efforts to raise awareness about the persecution.

Several passing motorists asked what the event was about. Practitioners explained, and also asked them to go online to endccp.com to help end the CCP.

La Mei, a car parade participant, described how the CCP persecuted her in China. She was arrested four times from 1999 to 2008 for her belief.

“I was arrested even though my husband was a high level official,” she said. “Other practitioners are persecuted more. Many were tortured to death.” 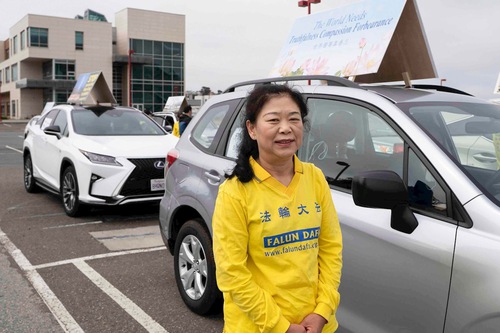 La Mei was arrested four times and tortured in China for refusing to give up practicing Falun Gong.

She was incarcerated in the Second Labor Camp of Shandong on December 25, 2008. Camp guards stripped off her coat and clothes and hung her up for seven days in the cold winter. She was deprived of sleep and food. She was not allowed to use the restroom. She was beaten.

La Mei said a practitioner with the surname Zhang was beaten, her arm was broken and her teeth were knocked out. Within six weeks, Ms. Zhang was tortured to death.

Another practitioner, Ms. Wang was beaten so badly she became disabled.

Mei said she participated in the car parade to urge the CCP to end the persecution and to release all imprisoned practitioners. She wants all Chinese people to know the true nature of the CCP, and pointed out that the Party has killed 80 million Chinese people.

“I hope that all people who joined the Party or its affiliated organizations will withdraw from the Party. Anyone who is associated with the CCP will face justice when the Party collapses. Only by quitting the Party can one have a safe future.”

Zhentang Feng, who was also part of the car parade, was arrested in 2007 and imprisoned for four years in China. He was beaten brutally. He said the car parade was held to call for an end to the CCP's persecution. He hopes more people will learn about Falun Gong and the persecution, and quit the Party.