(Minghui.org) Mr. Zheng Xujun, 43, was a PhD candidate at China Electric Power Research Institute (CEPRI) in Beijing and a third-prize winner of the Ministry of Electric Power's Science and Technology Advancement Awards. He was expelled from CEPRI in November 2000 for practicing Falun Gong, a spiritual practice that has been persecuted by the Chinese communist regime since 1999.

The authorities also suspended Mr. Zheng’s household registration, rendering him as an “illegal resident” and unable to live a normal life for 20 years. Mr. Zheng has been forced to live away from home to avoid persecution. It is not clear whether he has returned home at this point.

Mr. Zheng is not the only person in his family that has been targeted for practicing Falun Gong. His wife, Ms. Su Nan, was sentenced twice to prison and subjected to extreme brutality. In 2011, she jumped off a two-story building to avoid police arrest and broke her left leg and foot. She has not been able to work and depends on her parents to care for her. Ms. Su's mother was also arrested multiple times. Furthermore, Mr. Zheng's father passed away in 2015 after suffering years of harassment and threats from authorities.

Unable to Live a Normal Life

Mr. Zheng graduated from Fuzhou University in 1991, completed his Master's degree at CEPRI in 1996, and became a PhD student the same year. Because of his outstanding academic performance, he was given the opportunity to be a visiting scholar at Liverpool University in the United Kingdom in January 1999.

Mr. Zheng returned to China right before the communist regime ordered the persecution of Falun Gong on July 20, 1999. Refusing to give up his belief, Mr. Zheng was expelled from CEPRI in 2000.

On September 17, 2001, Mr. Zheng was arrested on the subway after the train security found Falun Gong materials in his bag. He was sent to the Beijing Legal Education Training Center, which was a brainwashing center set up to persecute Falun Gong practitioners.

If the practitioners still refused to renounce Falun Gong after the first round of brainwashing, the brainwashing center would arrange different groups of people to torture them, using sleep deprivation, force feedings and beatings. Each group was responsible for applying one specific torture method and they took turns in torturing the practitioners. Most practitioners became delirious after a few days of torture.

Mr. Zheng said he was detained in a room numbered B2 on the first floor. The practitioners detained there were called by their numbers, instead of their names.

The brainwashing center removed the mattress on Mr. Zheng’s bed, leaving only the bed frame. Except for when he was sleeping, he was required to sit on the bed during the day. Thick calluses formed on his buttocks as a result. The room was tightly sealed with a thick curtain. Sunlight was completely blocked from the outside. Four fluorescent lamps illuminated the room twenty-four hours a day. He was unable to tell whether it was day or night or what season it was.

As Mr. Zheng still refused to renounce his faith after six months of non-stop torture, the officers sent him to the notorious Tuanhe Forced Labor Camp, where the persecution continued. Mr. Zheng was finally released from the labor camp around the end of 2003 or the beginning of 2004. However, because CEPRI had already canceled his household registration, he could not lead a normal life or find a job.

In 2008, Mr. Zheng was arrested along with his wife. He was given two and a half years of forced labor at Masanjia Forced Labor Camp, where he suffered various forms of torture, including beatings, electric shocks, sleep deprivation, and forced labor. After he was released, life remained extremely difficult for him without a valid household registration or ID card.

Mr. Zheng's wife, Ms. Su Nan, graduated from the People's Liberation Army Engineering College. She later worked for the People's Liberation Army General Armament Department. Her workplace suspended her after she participated in the historic 10,000-practitioner peaceful appeal for Falun Gong on April 25, 1999, in Beijing. Because she refused to give up the practice and continued to appeal for Falun Gong, she was put into solitary confinement twice in 1999.

Ms. Su was discharged from the army and sent back to her hometown in Sichuan Province in 2000. In the same year, she was arrested for distributing Falun Gong materials in Beijing. She was sent to Qinghe police station and severely beaten. She went on a hunger strike to protest. A policewoman ordered an inmate to tear off her clothes and poured cold water over her in an attempt to force her to eat. Ms. Su was given a three-year prison term.

Ms. Su was subjected to the most brutal persecution while she was incarcerated at Sichuan Women's Prison. By the time she was released, she had lost much of her memory, her body was deformed, her period stopped, her teeth fell out, the fingers on her right hand were permanently bent, and she was unable to grip anything with her hands or straighten her fingers. When it was cold, her hands and feet became extremely painful. She could not even lift her arms. 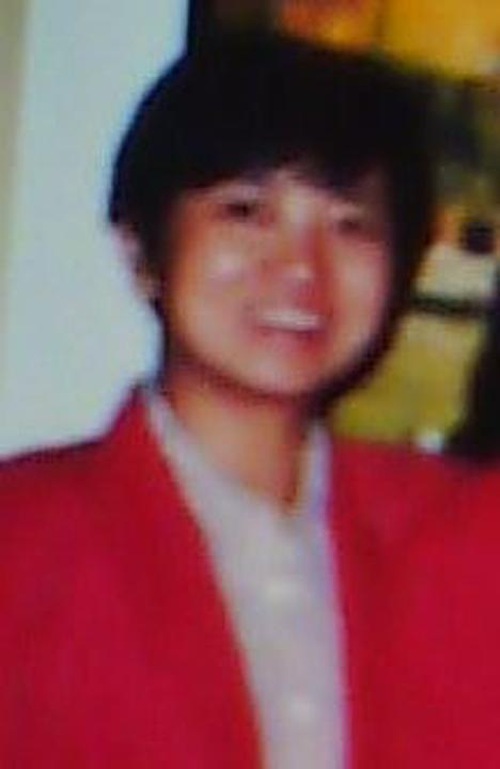 Ms. Sun Nan before the persecution 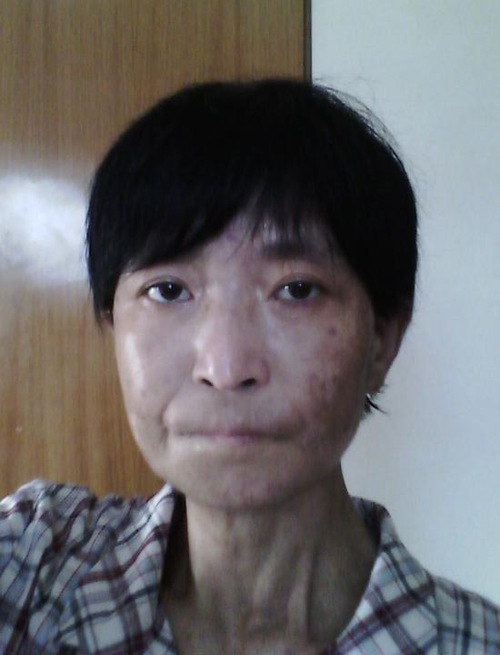 Mr. Sun Nan after being released from Sichuan Women's Prison

But that was not the end of the persecution against her. In 2008, Ms. Su was arrested again along with her husband prior to the Beijing Olympics. She was given two and a half years of forced labor at Masanjia Forced Labor Camp. From 2008 to 2010, Ms. Su Nan was forced to do hard labor. She vomited every day. Her bones became crooked and had sharp pain. Both her hands and feet were colorless, and the ordeal made her feel very weak physically. Her two-and-a-half-year term was extended for another ten days before she was finally released.

Unable to take care of herself, Ms. Su stayed with her parents. When the police came to arrest her mother on April 24, 2011, Ms. Su was also home. To avoid arrest, she jumped out a second-floor window and broke her left leg and fractured her left foot. A metal plate was inserted into her leg. After four years, her leg was still crooked; and she could not stand with her back straight. Due to her frail condition, doctors were hesitant to remove the plate.

The police, on the other hand, spread rumors that Ms. Su was trying to commit suicide.

Ms. Su's mother, Ms. Li Shuqin, was also arrested and detained multiple times for refusing to renounce her belief in Falun Gong. In 2002, Ms. Li and several other practitioners were arrested and taken to Mianyang City Detention Center. She was transferred to a brainwashing center a month later. After three months, Ms. Li was forced to pay 200 yuan and was released.

Ms. Li was detained at Mianyang City Detention Center for five days in July 2009. Two months after she was released, police ransacked her home and seized her Falun Gong books and other personal belongings. She was again taken to Mianyang City Detention Center on September 28, 2009. She went on a hunger strike to protest the abuse and was force-fed. Eight days later, she was taken to Mianyang People’s Hospital for an injection. She started coughing up blood three weeks later and was subsequently released on bail.

Police broke into Ms. Li’s house on July 27, 2010, and arrested her. She was detained at a brainwashing center for two months. Police and 610 Office personnel extorted 60,000 yuan from her former employer.

Ms. Li was arrested again on April 24, 2011, and had her Falun Gong books, a photo of Master Li Hongzhi (founder of Falun Gong), a computer, a printer, and some cash confiscated. It was during this arrest that her daughter jumped out a window and broke her leg and foot.

In 2015, Ms. Li and Ms. Su filed a joint criminal complaint against the former Chinese dictator, Jiang Zemin, for initiating the persecution of Falun Gong.

Father Tormented by Authorities and Passed Away

Mr. Zheng’s father, Mr. Fan Zhengyuan, was over 70 years old when the persecution started in 1999. He was taken to the local police station and badly beaten for refusing to renounce Falun Gong. It was only after he went on a hunger strike, that the police release him. However, the local 610 Office and police went to his home repeatedly to harass him, as much as over a dozen times a year. They threatened to send him to a brainwashing center. They also monitored his mail and phone calls closely.

In addition to his son, Mr. Zheng Xujun, Mr. Fan's two daughters were also sent to forced labor camps for practicing Falun Gong. Under the pressure, Mr. Fan's health deteriorated over the years. Authorities, however, continued harassing him and attempting to force him to give up his belief in Falun Gong. Even his family members who did not practice Falun Gong were targeted. Mr. Fan passed away on July 20, 2015, at the age of 88.

“Shaanxi Woman Has Been Detained Incommunicado for Over a Year”

“Some Thoughts after Reading “Another Stern Warning””