Many people signed a petition calling for an end to the persecution. Dr. Zierer, a local resident, said upon hearing of the organ harvesting atrocities, “It’s typical of the Communist Party! Lawless! Communist criminals!” He signed the petition and called the Communist Party a criminal gang. 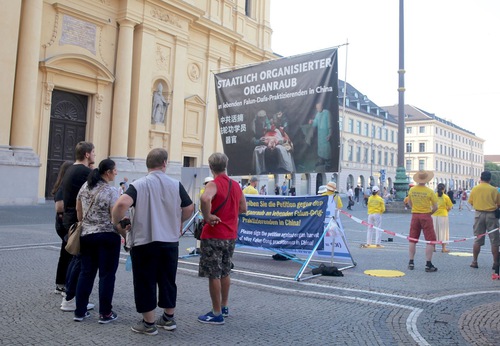 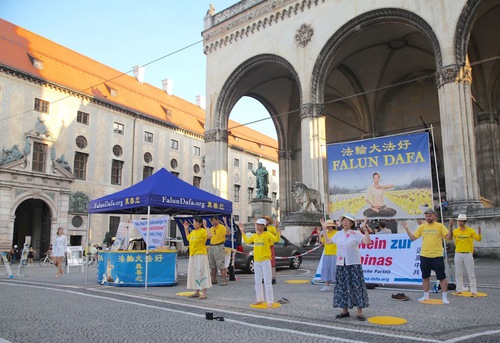 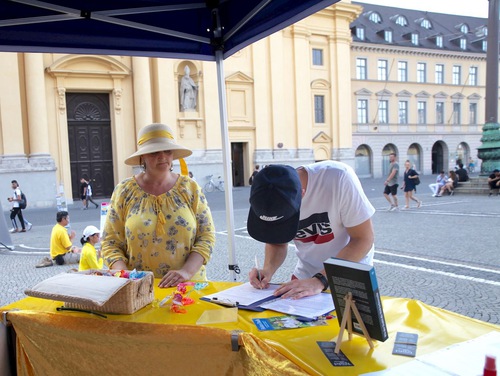 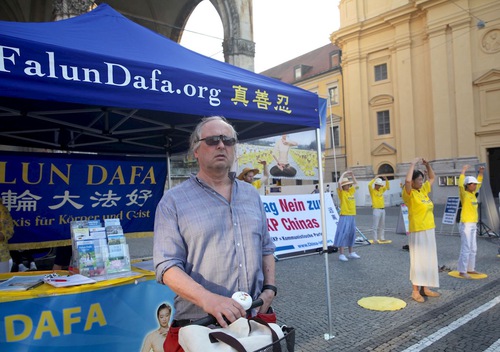 Many people have heard about the persecution of Falun Gong. As soon as they saw the Falun Gong banner, they came and signed the petition to condemn the organ harvesting crimes.

Mr. Schneider, a local engineer, said the CCP’s trampling on human rights is completely unacceptable. He didn’t want to see Germany do business with the Chinese government without mentioning its human rights violations. “We must openly point out what the Chinese government has done wrong. We can’t continue to simply shake hands with them and be accommodating,” he said.

“Once Imprisoned and Fired for His Faith, Store Owner Arrested and Detained Again”