(Minghui.org) On July 20, a protest rally was held in front of the Chinese embassy in Tel Aviv, to mark 21 years since the brutal persecution of Falun Gong started in China. Practitioners held banners and 17 speakers gave speeches.

The pandemic that spread around the world in recent months and was concealed by the Chinese Communist Party (CCP) (therefore dubbed “The CCP Virus”), has helped more people understand the destructive nature of the Chinese regime.

Mr. Yaniv Nitzan, head of the Falun Dafa Information Center in Israel, mentioned how the practice originally spread in China, and the great benefit Falun Dafa brought to people and society. He said, “Anyone who chose to learn and practice Falun Dafa came of his own free will, and integrated the practice into his life flexibly, according to his life circumstances. Practitioners were like lotus flowers in bloom, all across China. People changed their ways and chose to live according to Truthfulness-Compassion-Tolerance. After dozens of years that the Chinese regime treated the population with an iron fist, practitioners brought something different to the general atmosphere. People began to show more consideration and compassion toward others. They behaved more honestly within their families and businesses. They became more composed and less angry when dealing with family or neighbors, and showed more tolerance. Thus, Chinese society changed for the better. Falun Dafa brought tremendous blessings to China, many benefits to its people and society, and no harm whatsoever. The Chinese Communist Party (CCP) praised the practice in the early years.”

Mr. Vadim Berestetsky, head of the Falun Dafa Association in Israel, said, “Twenty-one years ago, the head of the Chinese Communist Party launched a persecution against Falun Gong, against Truthfulness, Compassion and Tolerance. He was convinced that nothing could stand against the power and cruelty of his regime. Today, 21 years later, we can clearly see that the head of the Chinese Communist Party was wrong. When the persecution began, Falun Gong practitioners realized it was their responsibility not to let the Chinese regime persuade the whole of humanity, which says that only lies, struggle and cruelty can rule the world. Falun Gong practitioners in China managed to show the whole world that no regime, no matter how powerful and cruel it may be, can defeat goodness and morality.

“People in Israel ask: ‘What does it have to do with us? China is so far away.’ Israeli politicians too, in response to the issue of genocide taking place in China, hold that Israel should keep silent, despite our historical responsibility. They claim that the price of taking a moral stance would be too heavy.

“In some way, they are ‘right’ – in order to take a moral stance, it often requires the will to pay the price.

“But keeping silent has its price! And every person must choose whether he stands with goodness or with evil.

“There will always be those who stand up for justice and goodness in the face of evil and cruelty.” 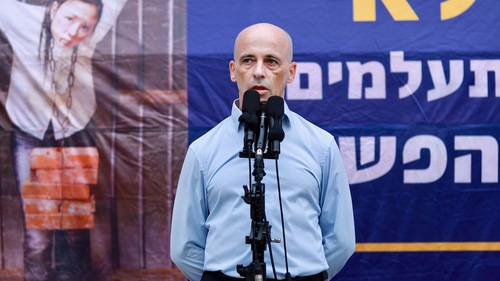 Mr. Yehudah Glick, former Knesset Member, said, “No more! We simply will not keep silent in the face of a regime that tells people to either abandon their faith or die. As Jews who returned to Israel after long years of persecution and after the holocaust, we have returned in order to create a more moral world. We cannot allow the murdering of people for their faith, and that is why I came here, to cry against it.” 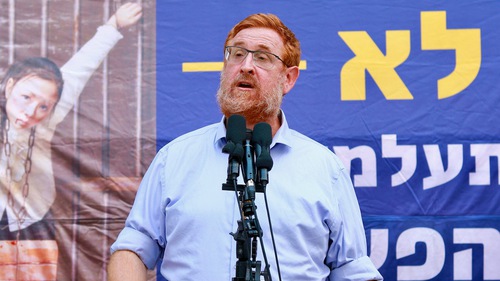 Mr. Shai Malka, Director-General of the “Zehut” political party, said, “The Jewish people brought monotheism to the world, and we are against a regime that promotes atheism. In an attempt to replace the image of God with the image of the Party, the regime uses people to glorify itself and to commit crimes. From Israel will come the gospel: Stop the genocide, stop forced organ harvesting.” 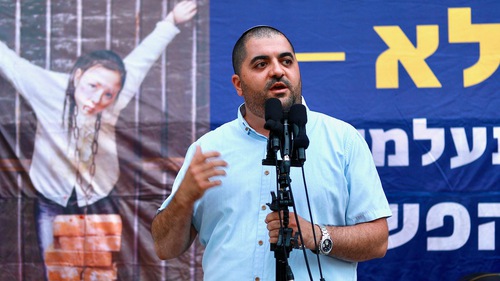 Adv. Arie Suchovolsky warned that the communist virus is taking over the world, and it is very similar to the Nazi regime and to Stalin’s reign of terror. He dubbed the extermination [of Falun Dafa practitioners] currently taking place in China “a Holocaust,” and sadly remarked that the world is once again keeping silent in the face of atrocities. He called on the Israeli government to express its aversion to such acts, sever all ties with China and demand that the persecution is put to an end. 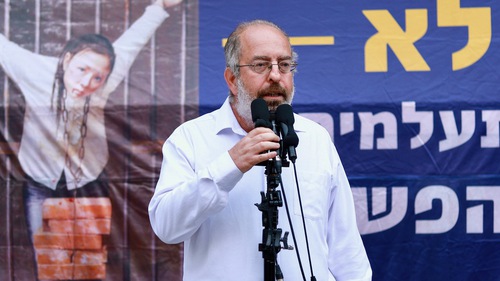 Prof. Esther Hertzog, said, “Crimes against humanity are being committed in the dark and under a veil of secrecy. The more serious the crimes, the greater the silencing and repression of the critics.”

She continued “…the crime of organ harvesting in which the Chinese government is accused does not only entail greed and the sacrifice of human life. It is a crime that has a unique dimension to it, in light of the fact that people’s faith and way of life are used by the regime to fatally harm them.

“Each and every citizen must be obliged to overcome the urge not to listen, not to see and not to know about the atrocities taking place against other people, they must overcome the fear of revenge and of being hurt… keeping silent, as citizens, is a sure recipe for the continuation of such crimes.”

The audience was mesmerized during the speeches. A group of reporters from Channel 20, a major Israeli TV channel, settled in front of the podium. The channel broadcasted its daily program live from the rally, with a major part of it dedicated to the persecution of Falun Gong in China. Some of the speakers were also interviewed for the show. 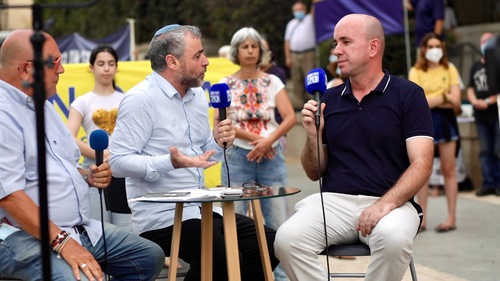 Guy, an Israeli who recently returned from Hong Kong, attended the rally. He has lived in Hong Kong for nine years, working for a high-tech company. He said, “I know what is being done to Falun Gong practitioners in China. In Hong Kong everybody knows [about this] and there are lots of protests. The CCP started by persecuting the Falun Gong, later they started persecuting Muslims, then Christians and now they persecute Hong Kongers. They must be stopped. There is a new national security law in Hong Kong now, and Chinese policemen were sent to Hong Kong. That’s why I left Hong Kong. I do not wish to live in a communist country. We must appreciate the freedom we have in Israel. I came to this rally to express my solidarity with Falun Dafa, although I’m not a practitioner. I must fight to end this persecution.”

Tammara Or Slilat is an Israeli poet who first learned about the persecution of Falun Dafa at the “Zhen-Shan-Ren” exhibition in London. She was deeply impressed, and has followed the issue closely ever since. She read out loud a poem at the rally, which she wrote especially for the event, and in which she addresses the Communist Party as an entity guilty of committing crimes. She said, “I signed a petition and agreed to write a poem and say a few words here today. I first learned about the persecution while visiting an exhibition which showed beautiful portraits of people who seemed holy, and then I realized they were all Falun Gong practitioners. They were murdered and they have all died. Since then I follow the subject closely.” 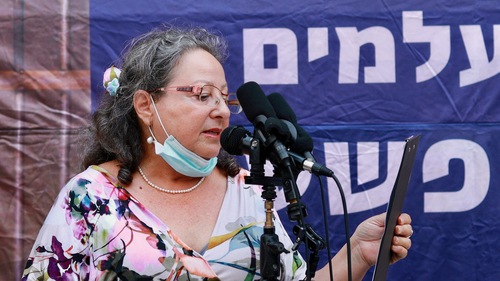 Israeli poet Tammara Or Slilat reading her poem, written especially for the event

Michal is a human rights activist, who volunteered at Amnesty International for several years. She first learned about the persecution from the heartbreaking movie “Letter from Masanjia.” After seeing the film, she wanted to learn more about the subject, and kept reading about Falun Gong and the persecution. That’s why she decided to come to the rally. “I lived in China for 4 years and taught English. It was clear to us that the regime was cruel and tyrannical, and we were instructed not to speak about politics, and about any controversial subject whatsoever,” she said.

Following the event, local practitioners uploaded videos of the speeches to YouTube. A short video that will include the speeches will be produced and made available on social media so more people can learn the truth about the persecution of Falun Dafa in China.