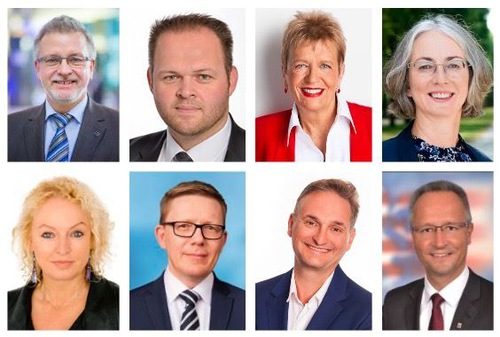 By July 19, 2020, over 600 elected officials from 30 countries had signed a joint statement urging the CCP to immediately stop the 21-year-long persecution of Falun Gong. 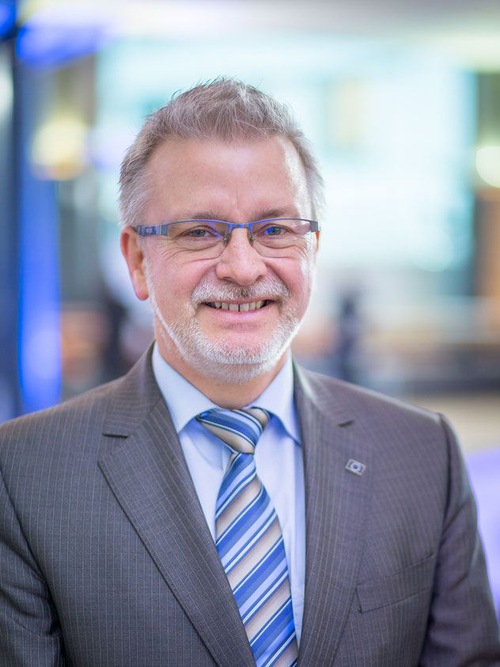 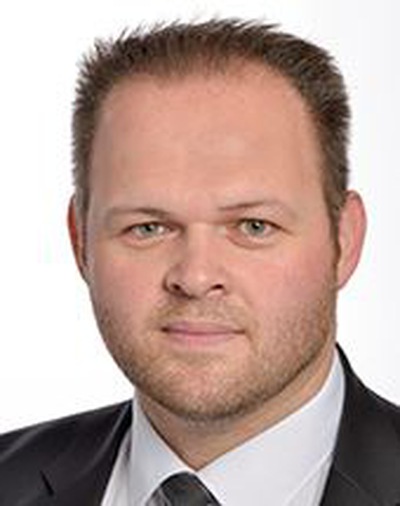 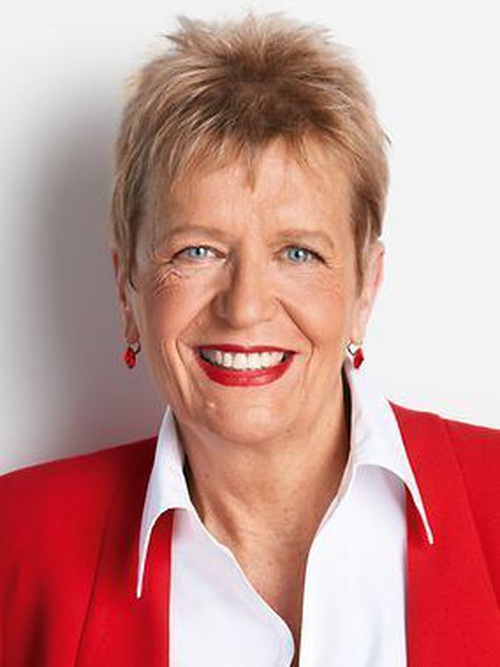 The joint statement is the first global action against the persecution. This joint action results from the international coalition against the CCP for its mishandling of the coronavirus epidemic and infringing on world peace. The politicians from Europe, North America, the Middle East, Asian-Pacific, and South America jointly call on the CCP to stop the persecution of Falun Gong.

Three Hesse MEP of the Green Party Co-sign a Letter 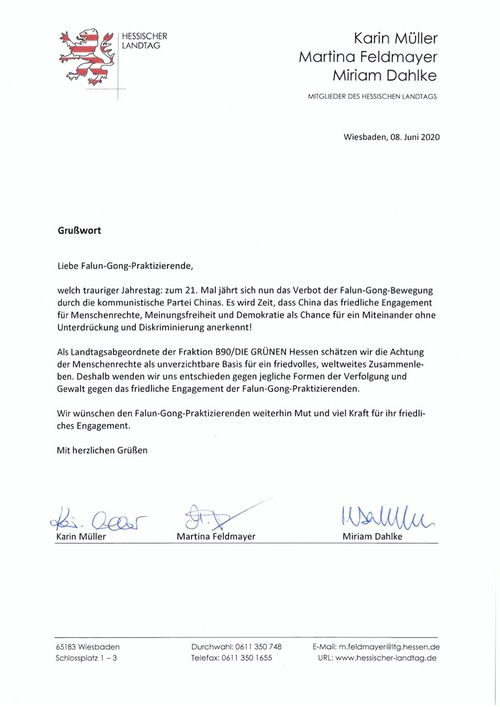 “Falun Gong has been banned by the CCP for 21 years,” the letter reads. “(July 20) is such a sad anniversary. Now is the time for China to recognize the peaceful pursuit of human rights, freedom of speech, and an opportunity for democracy without oppression and discrimination.

“As members of the Green Party of the Hesse State Parliament, we cherish human rights and regard it as an indispensable foundation for the peaceful coexistence of the world. Therefore, we firmly oppose all forms of persecution and violence against Falun Gong practitioners in pursuit of peace.” 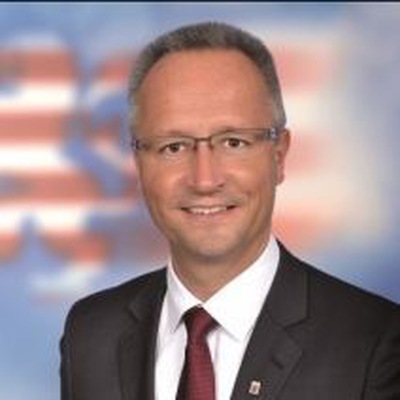 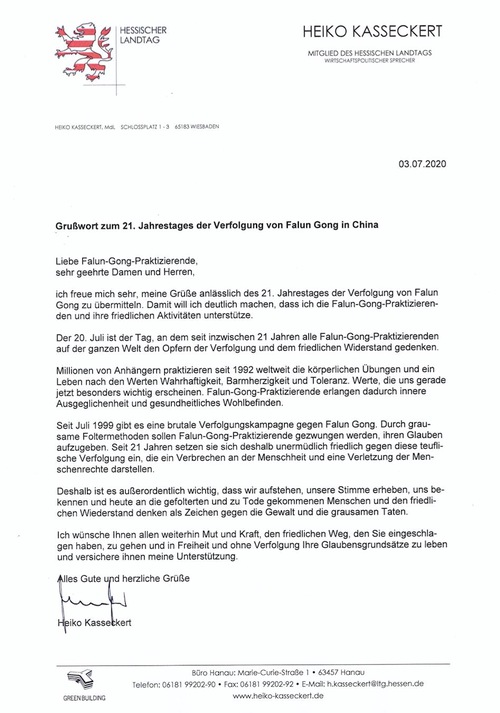 “To commemorate the 21st anniversary of Falun Gong’s protest against the persecution on July 20, I am very happy to offer my congratulations and express my support for Falun Gong practitioners and their peaceful activities,” the letter reads.

“July 20 is such a day that Falun Gong practitioners all over the world commemorate the victims of this persecution and peaceful resistance.

“Since 1992, millions of people around the world have practiced and lived in accordance with the values of 'Truthfulness, Compassion, and Forbearance'. These values are particularly important to us now. Falun Gong practitioners gain inner peace and physical health through practice.

“Beginning in July 1999, there has been a brutal persecution against Falun Gong. Falun Gong practitioners were brutally tortured and forced to give up their faith. For 21 years, they have persistently and peacefully protested this demonic persecution.

“Therefore, it is extremely important for us to stand up and speak up, express our stance, and mourn the people who have been persecuted to death, and express our resistance to violence and cruel behavior.

“I hope you will continue to pluck up the courage and strength to walk on this path of peace that you have chosen and follow your principles of faith freely and without persecution. I will definitely support you,” wrote MSP Heiko Kasseckert. 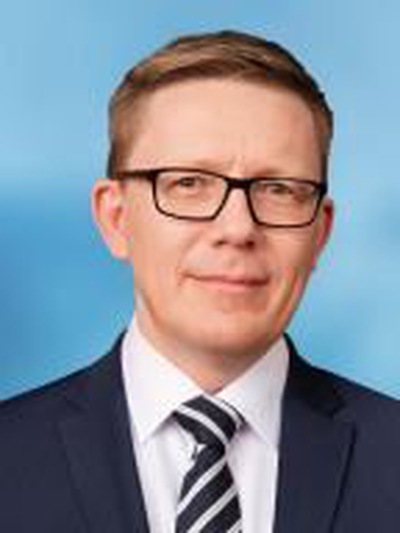 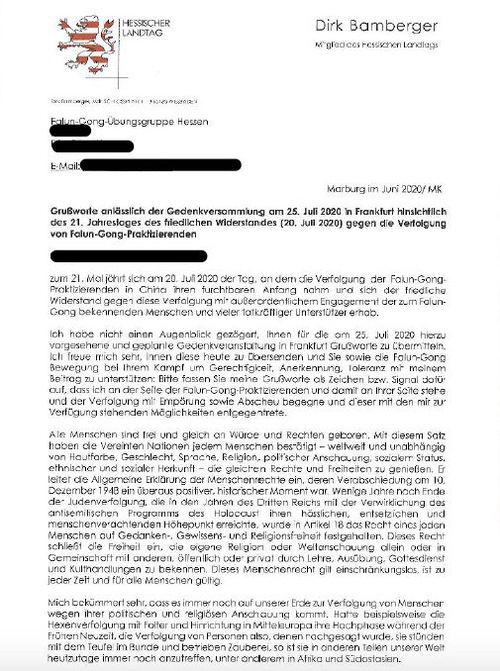 “For the commemorative event you plan to hold in Frankfurt on July 25th, I don’t hesitate to offer a congratulatory message. I am very happy to send you this congratulatory message today to express my support for you and the Falun Gong movement that seeks justice, recognition and tolerance. Please use my greetings as a signal to stand with Falun Gong practitioners and to stand with you. It is also a signal to be outraged and spurned at the persecution and do my best to resist it.”

“'Everyone is born free and equal in dignity and rights. With this sentence, the United Nations affirmed everyone, regardless of skin color, gender, language, religion, political opinion, social status, nationality, and social birth, enjoys the same rights and freedoms. The United Nations adopted the Declaration of Human Rights on December 10, 1948. It was a completely positive and historic moment.

“The persecution of the Jews in the Third Reich reached a terrible, heinous and anti-human peak. Soon after this persecution ended, the Declaration of Human Rights was born. Among them, Article 18 stipulates that everyone has the right to freedom of thought, conscience and religion. This right includes the freedom to express one’s religion or belief in doctrine, practice, worship and precepts individually or collectively, openly or secretly. This human right is unlimited and applies to everyone at all times.”

“As a directly elected member of the Hesse State Parliament, I support that everyone can freely plan their lives without being oppressed and tyranny. I support that everyone’s basic freedoms should be respected and guaranteed. I will do my best to protect the Falun Gong movement and express my personal strong protest to those involved in the persecution of the Falun Gong movement.” 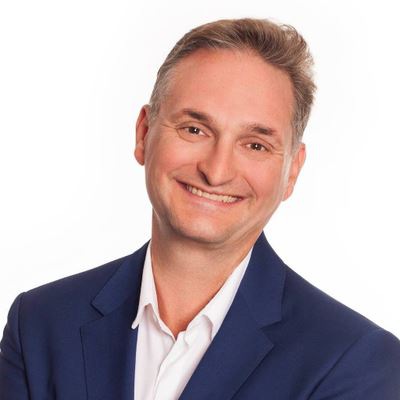 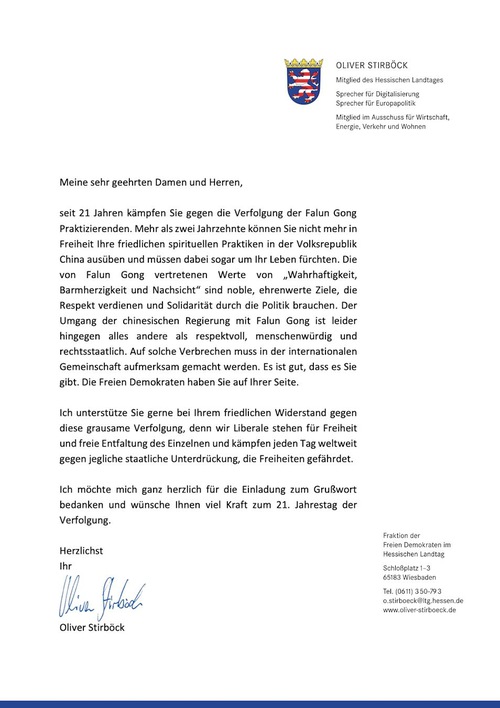 “For 21 years, you have been working hard to stop the persecution of Falun Gong practitioners,” the letter reads. “For more than two decades, you cannot freely practice your peaceful spiritual practice in the People’s Republic of China, and you even have to worry about your own lives.

“The values of 'Truthfulness, Compassion, and Forbearance' represented by Falun Gong are noble and worthy of respect, and they need to be guaranteed through policies. However, the Chinese government's approach to Falun Gong is exactly the opposite. It has no respect, no humanity and no rule of law. The international community must pay attention to these crimes. Your existence is good, and the Liberal Democratic Party is on your side.”

“I support you in peacefully resisting this cruel persecution, because we members of the Liberal Democratic Party support freedom and the free development of individuals, and resist any national oppression that threatens freedom on a global scale every day,” wrote MSP Oliver Stirbock. 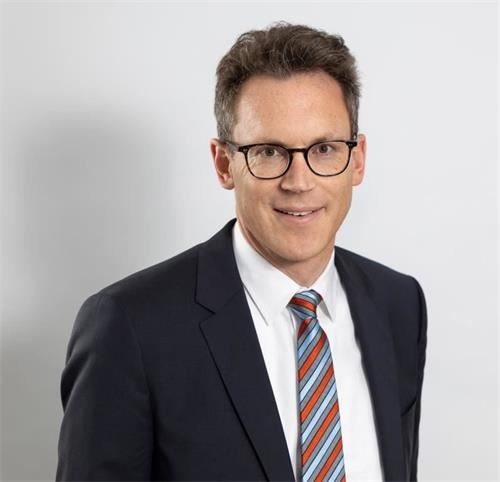 Dr. Nils Kobler sent an email to express support for the July 20 events, “Frankfurt is an internationally open and inclusive city. The CDU in Frankfurt continues to commit to upholding these values, because we believe that they are essential for the peaceful coexistence of mankind.

“I am very happy that the Falun Gong practice group in Frankfurt can practice the exercises freely without interference. The pursuit of self-cultivation and following the standards of ‘Truthfulness, Compassion, Forbearance’ show that this movement is based on peace.”