(Minghui.org) Twenty-one years ago, on July 20, 1999, the CCP (Chinese Communist Party) initiated the persecution of Falun Gong. Every year practitioners around the world hold activities to commemorate fellow practitioners who have died, and to expose the ongoing persecution.

Falun Gong practitioners from Taoyuan, Hsinchu and Miaoli demonstrated the exercises and held a candlelight vigil on July 19, 2020. 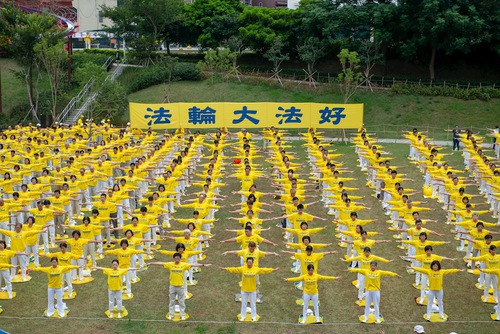 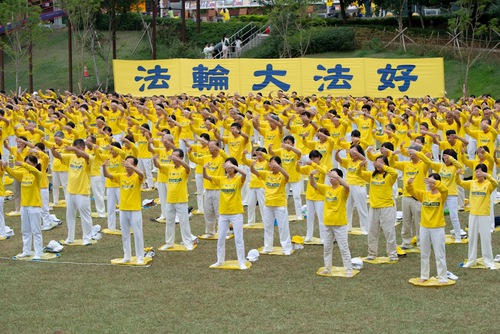 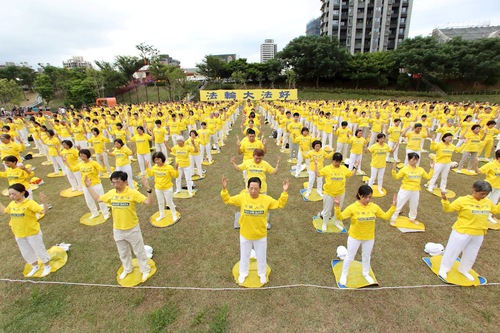 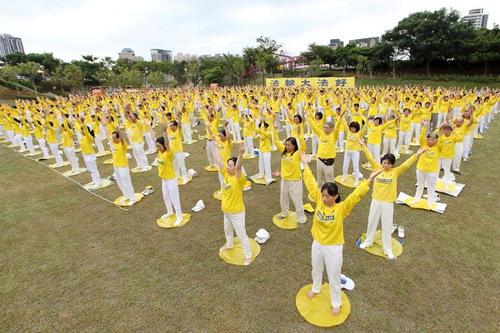 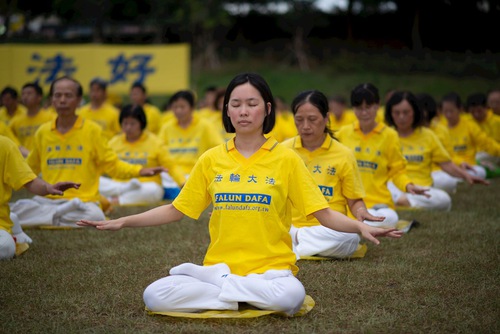 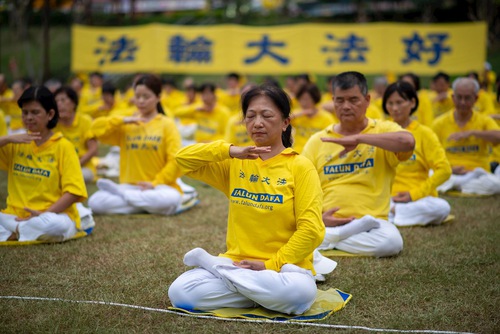 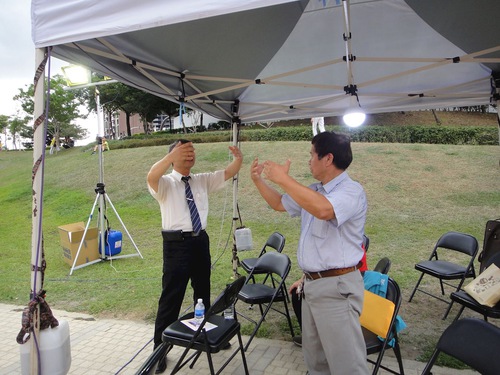 The group exercise attracted several passersby. They learned about Falun Gong and many signed a petition to condemn the persecution. 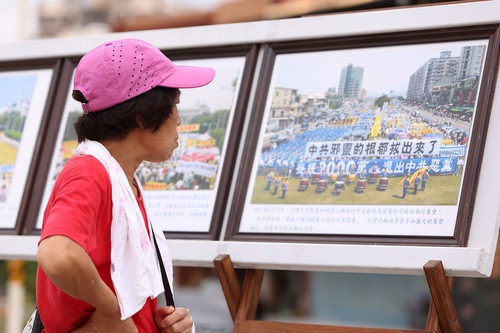 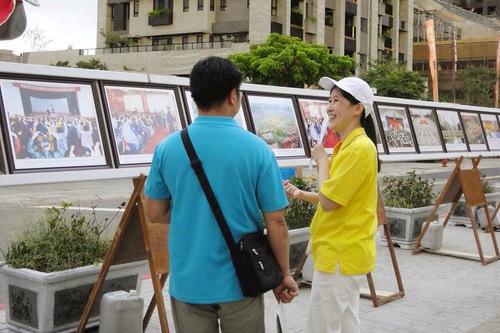 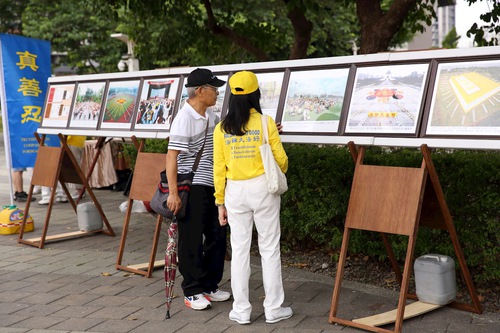 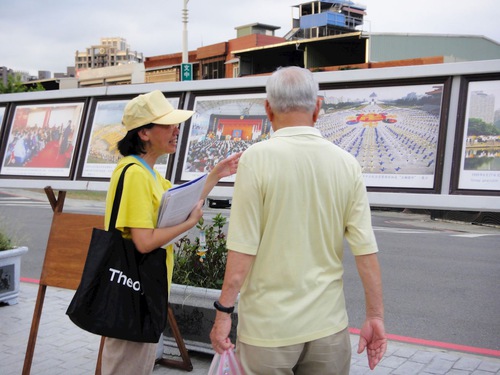 Several people stopped and read the posters about Falun Gong and the persecution.

After reading the information, Chang He-lin condemned the CCP and the state-sanctioned live organ harvesting. He said the CCP will soon collapse.

Lin Shao-chun, a practitioner and a graduate student, said he started practicing Falun Gong when he was in high school. He said after he began practicing he became more considerate of others. 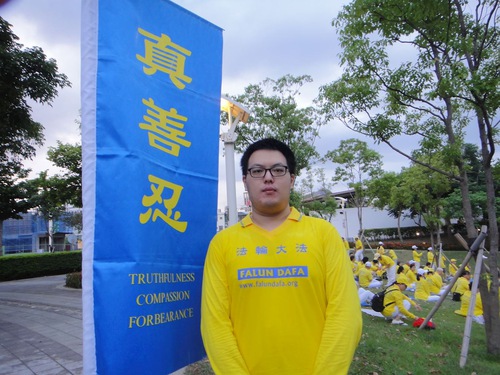 Referring to the persecution, Lin said that some people still did not know about Falun Gong. He hopes more people will pay attention to the severe human rights violations in China, and help to end the persecution.

As part of the day's events, practitioners held a candlelight vigil in Taoyuan on the evening of July 19. They quietly sat holding lit candles to commemorate fellow practitioners who died in the persecution. The scene was sacred and solemn. 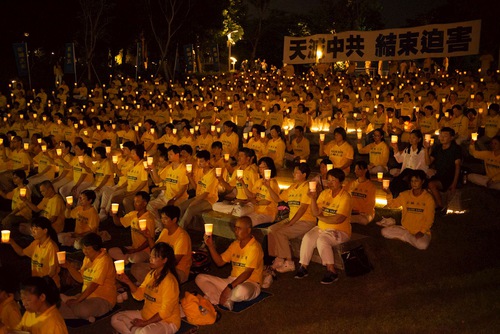 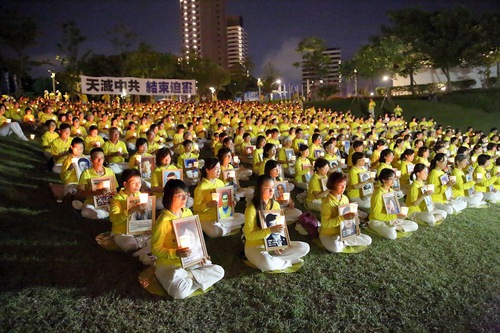 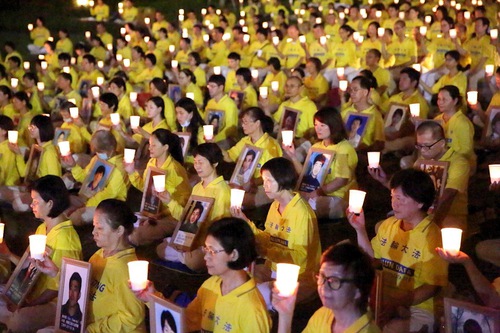 Practitioners have persisted in clarifying the truth for many years and have won support and encouragement from people from all walks of life. Each year officials participate and express their support and condemn the CCP’s persecution and organ harvesting. 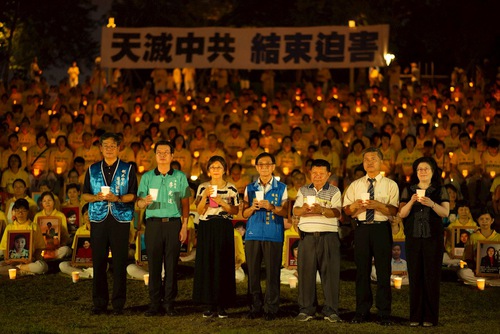 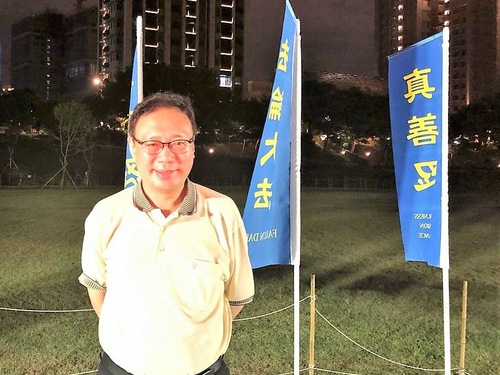 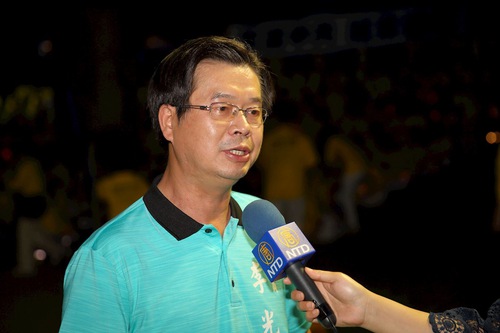 City councilor Lee Guang-da said that the CCP's brutal persecution is beyond comprehension. He looks forward to the day the persecution ends. 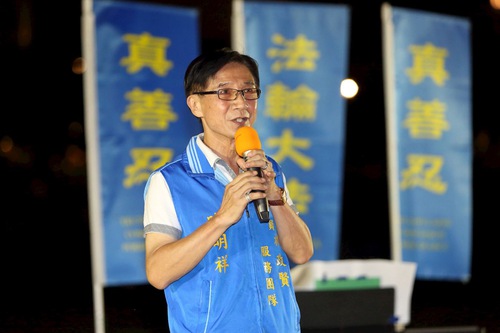 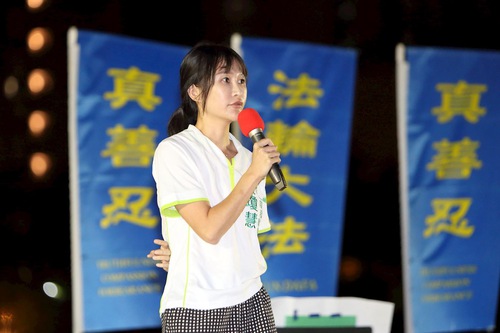 The deaths of more than 4500 Falun Gong practitioners have been documented since July 20, 1999. Hundreds of thousands practitioners were imprisoned, incarcerated, tortured and even subjected to the state-sanctioned live organ harvesting.

“Mother of US Resident Faces Indictment for Her Faith”