Budapest: Commemorating Lives Lost in the 21 Years of the Persecution of Falun Dafa

(Minghui.org) Falun Dafa practitioners in Hungary gathered on Szent István Square in Budapest on July 18, 2020, to mark the 21st anniversary of the beginning of the persecution of Falun Dafa in China. They demonstrated the exercises, collected signatures on a petition, and held a candlelight vigil in front of one of the city’s landmarks, St. Stephen’s Basilica. 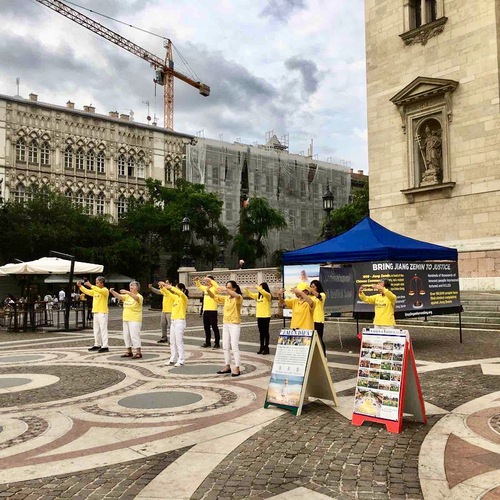 Practitioners demonstrated the Falun Dafa exercises and collected signatures to stop the persecution. More than 60 people signed petition in just a few hours. 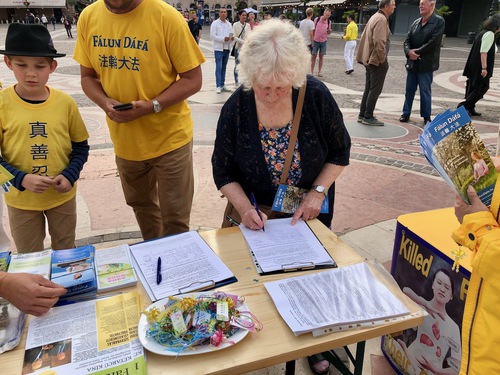 Eight reproductions from the international photo exhibition created by Falun Dafa practitioners, the Art of Zhen Shan Ren Exhibition, were on display in the square. 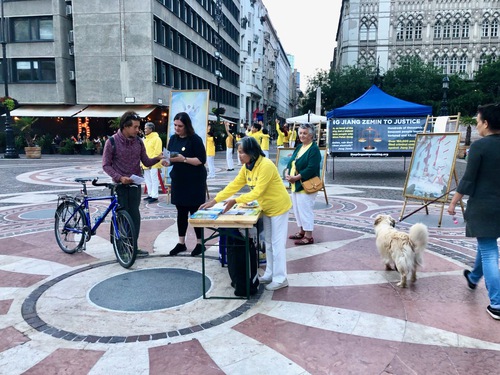 Although there were fewer tourists in the city due to the coronavirus pandemic, visitors from China as well as Chinese who grew up in this country visited the event. For example, a young Chinese boy heard about Falun Dafa and the persecution for the first time. He was very affected. 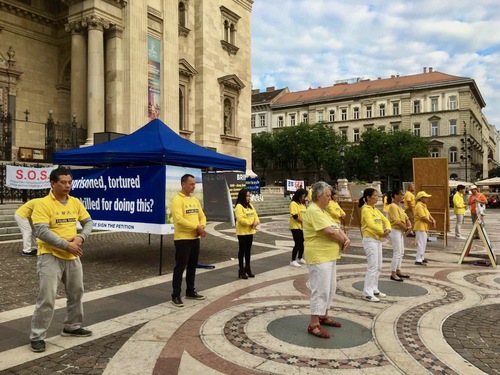 Some liked the exercises so much that they wanted to learn them on the spot.

A young Hungarian, Bence, said that he felt very lucky to have run into the event, as he rarely visits Budapest. He collects garbage along the Tisza River as a volunteer on weekdays and is very interested in meditation. He also used to sit in the lotus position. He found the persecution unacceptable and heartbreaking. He said, “I am very happy to sign the petition because I am very supportive of such things!” He was given a small paper lotus flower with a card that had the Chinese characters for Truthfulness-Compassion-Forbearance, the principles of Falun Dafa. 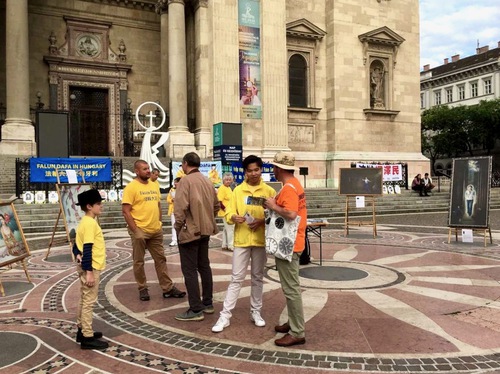 A woman from England said she had heard about Falun Dafa in London, where practitioners often protest the persecution in front of the Chinese Embassy. Ági often saw the peacefully meditating practitioners from the building next to the embassy, and after a long time, she finally took a flyer. That was how she learned about Falun Dafa. She even went to a group practice site after that but hadn’t been to a practice site lately until this event in Budapest. She attended the candlelight vigil with her own candle, an act that touched the local practitioners. 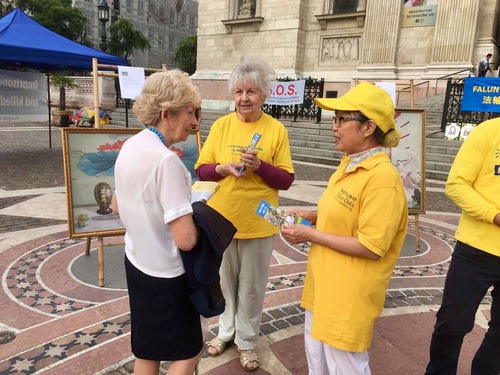 An elderly woman was just coming out of the church when she noticed the event. She really liked the exercises. She had already tried Tai Chi on Margaret Island but had little success. She said she really liked the lightness of Falun Dafa's exercises and the music that warmed her heart. She also tried the first exercise and felt a strong flow of energy. She said she would take a good look at the website. She said she believes that the current pandemic is God’s last warning to humankind. 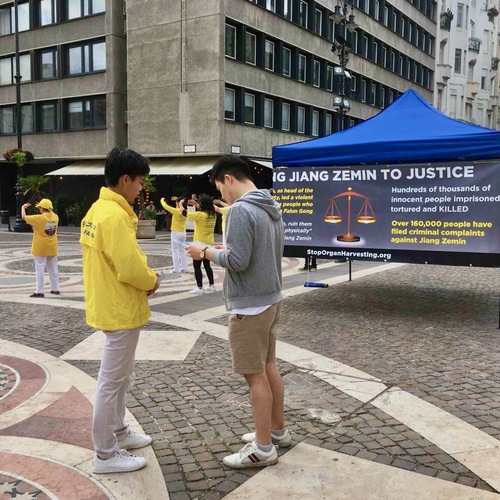 A student whose forbearers were from Hong Kong, but who was born in London, was very open to Falun Dafa. He has lived in Hungary for four years, studying at a medical university. He had also seen Falun Dafa practitioners on Margaret Island at other times and was unaware of the persecution. He was shocked to hear what was happening in China and how the Chinese Communist Party (CCP) tortured and killed Falun Dafa practitioners for their faith. 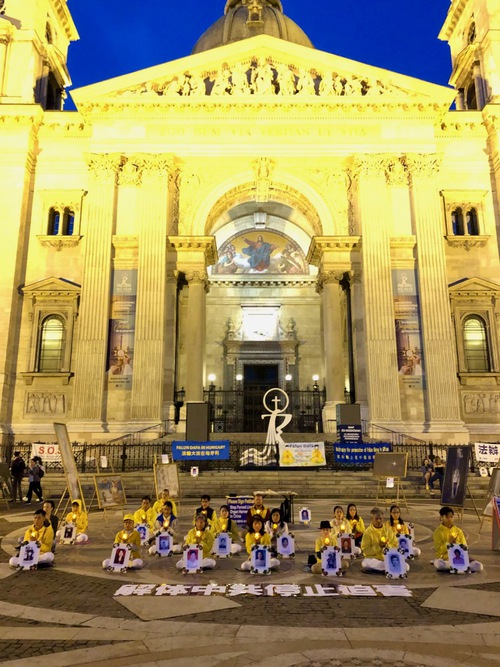 The event ended with a beautiful and touching candlelight vigil to remember the victims of the persecution.