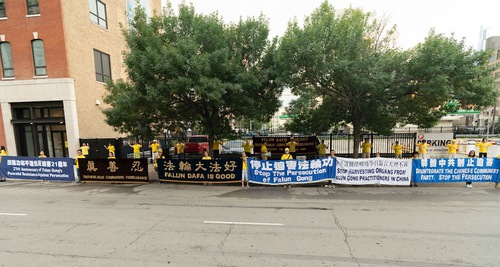 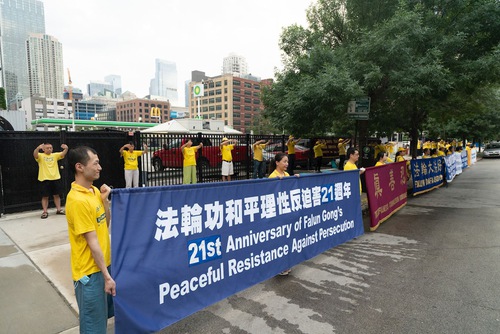 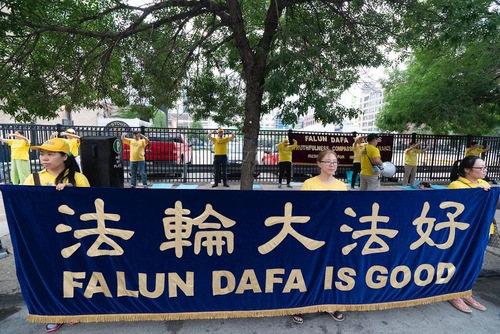 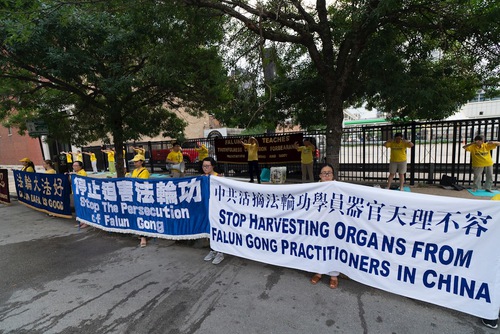 Practitioners held a rally in front of the Chinese Consulate in Chicago on July 18, 2020. 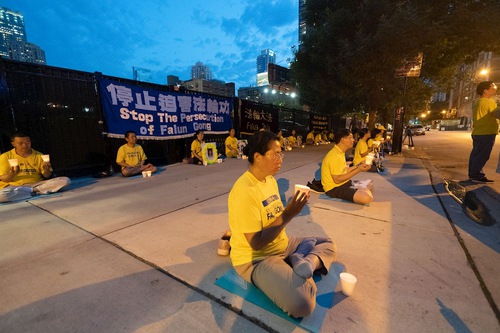 Several practitioners talked about how they were persecuted for upholding their spiritual belief. Zhifang Yang said that she and her husband Hua Yuliang went to Beijing to speak up for Falun Dafa in 1999.

Afterwards, they were dismissed by their work units. They were arrested, detained, and incarcerated in forced labor camps multiple times. They were subjected to torture, including brutal beatings and electric shock.

Yang’s daughter moved to the United States to study news and media in 2019. She wished to work as a reporter, speak for religious groups and awaken people's conscience.

Bill Foster and Rodney Davis, Members of Congress from Illinois, wrote letters to express their support. Both congressmen condemned the persecution and commended practitioners for their courage and perseverance.

The practitioners held a candlelight vigil in the evening to commemorate fellow practitioners who have died as a result of being persecuted. 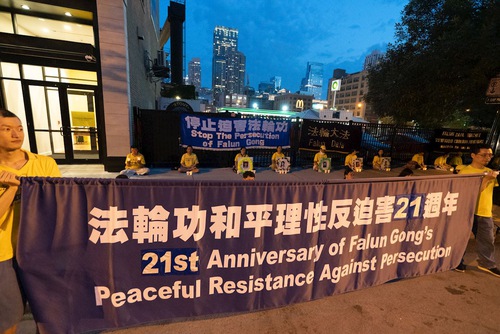 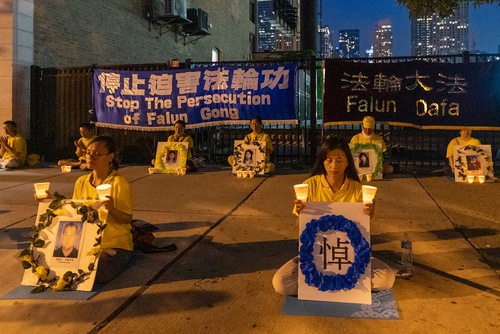 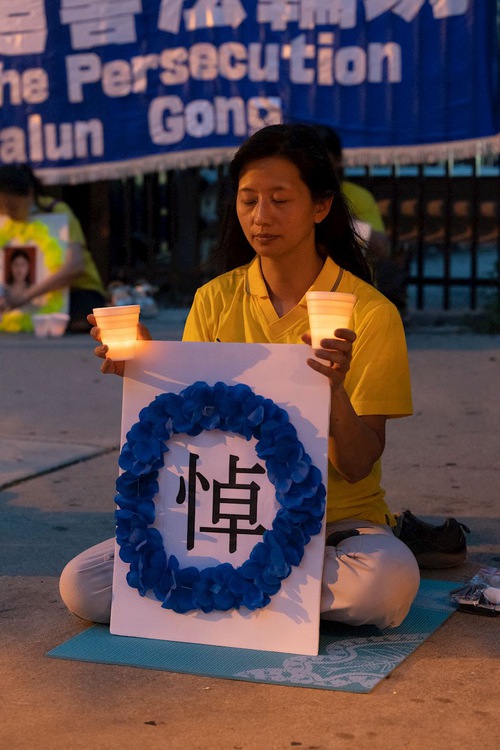 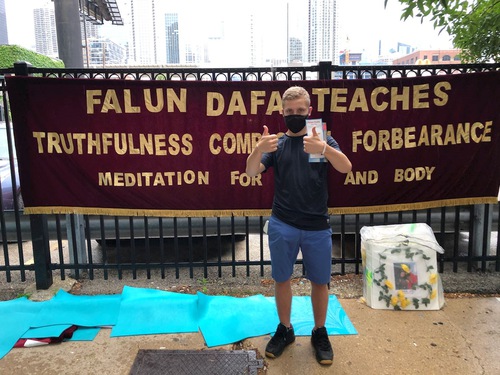 Matt supports the practitioners and gave them a thumbs up.

After reading the information, Matt, a passer-by, said he agreed with the principles of Truthfulness-Compassion-Forbearance. He strongly supported the event that exposed the persecution.

Falun Dafa (also known as Falun Gong) is based on the principles of Truthfulness-Compassion-Forbearance. Many practitioners feel that their morals have been uplifted after they began practicing. A former CCP leader initiated the persecution on July 20, 1999.

The brutal persecution has gone on for 21 years. The deaths of more than 4,500 Falun Dafa practitioners have been documented since July 20, 1999. Hundreds of thousands of practitioners were imprisoned or incarcerated in forced labor camps, suffered physical and mental torture, and were even subjected to forced live organ harvesting.

The actual number could be much higher due to the CCP’s cover-ups and information censorship. Despite tremendous pressure, practitioners have continued to raise awareness of the persecution.