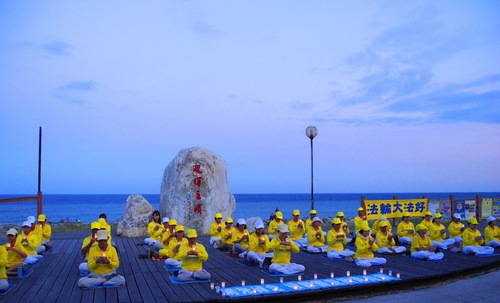 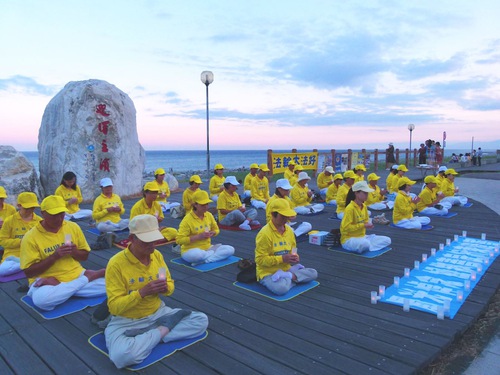 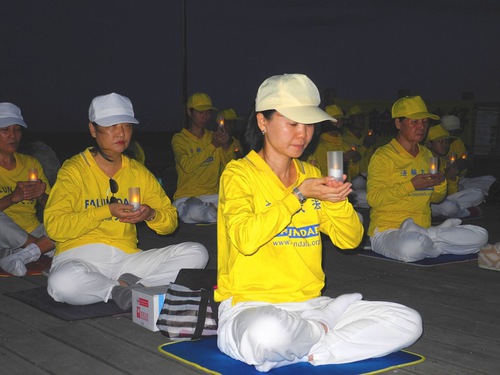 Legislator Liu Chao-hao, who represents Taitung County in the Legislative Yuan, met with practitioners shortly before the activities. He said that Falun Gong practitioners have been brutally persecuted for the past 21 years, which all people should condemn. 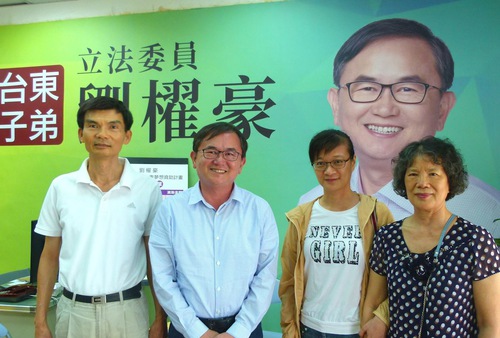 Liu stressed that all people should step forward to condemn the CCP atrocities, and that the Party has persecuted different groups of people just because they did not follow the Party line. He said that the CCP’s irrational behavior has sounded an alarm to democratic countries, and they shouldn’t allow the CCP to continue like this. Liu said that freedom of religion and speech were universal values that everyone should enjoy, and we should continue to fight for them. 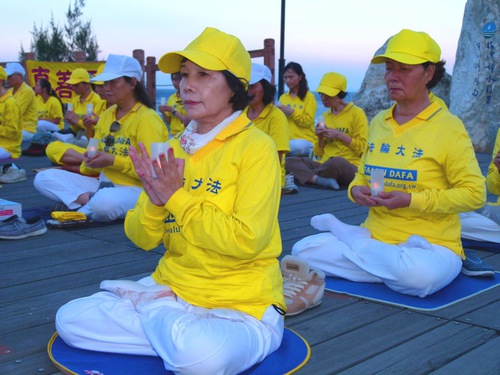 Yuhua, a Falun Gong practitioner who runs her own store, has been introducing the spiritual practice to her customers. She said, “Learning the facts of Falun Gong gives people hope. Everyone has to make a choice between righteous and evil.”

Many people want to learn Falun Gong after talking with Yuhua. One of them, Mr. Chen, brought his friends to sign the petition which calls for an end to the persecution. He told his friends, “We are on the side of justice. We should condemn the organ harvesting.” Yuhua learned from her police-officer friends that many people believe that the series of recent “natural” disasters in the China were a warning.

Amiao Zhu talked about her experience when the coronavirus pandemic first began spreading. One morning while she was meditating she heard a voice say, “Great elimination!” The voice was as loud as a thunder clap. Through her third eye she saw a trial taking place. A line of people as far as the eye could see was waiting to be tried for helping the CCP. 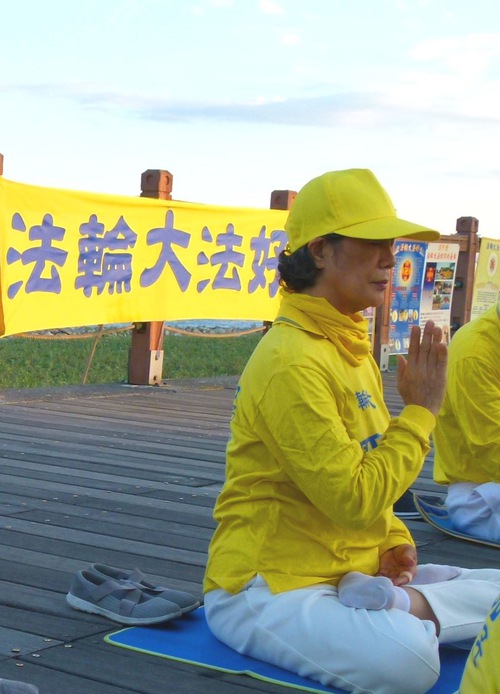 Amiao realizes the urgency of spreading the truth to more people.

Amiao’s experience made her realize the urgency of clarifying the truth to more people. She makes phone calls to China every day and treasures every person she talks to.

Amiao’s daughter also makes truth clarifying phone calls to China. One day, a middle-aged man decided to quit all the communist organizations as soon as she mentioned it. He said he met a Falun Gong practitioner while he was in prison. The practitioner was in his 20s, a kind young man who meditated every day. The young practitioner told him the true story of Falun Gong. The man said he also wanted to practice Falun Gong.

Many practitioners in Taitung make phone calls to government offices in China, advising them to end the persecution. Every day for the past ten years, seventy-year-old Mrs. Zhao has made phone calls to China for three hours. These practitioners are deeply concerned about the future of those people who continue to follow the CCP and murder practitioners. They call on the world's people to heed their conscience and make the right decisions.

“Shanghai Woman Sentenced to 1.5 Years for Her Faith—Losing Hearing and Vision in Custody”