San Francisco: Rally in Front of Chinese Consulate Marks 21st Anniversary of the Persecution in China

(Minghui.org) Falun Gong practitioners held a rally in front of the Chinese Consulate in San Francisco on July 17, 2020, to mark the 21st anniversary of protesting the persecution. They called on the public to learn more about the persecution in China and to distance themselves from the Chinese Communist Party (CCP). 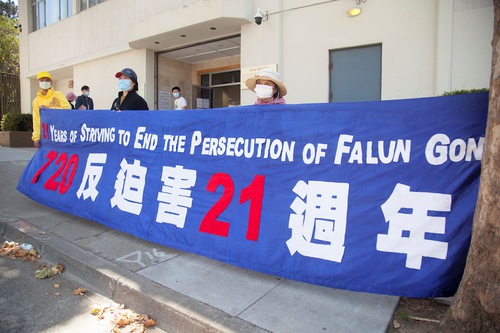 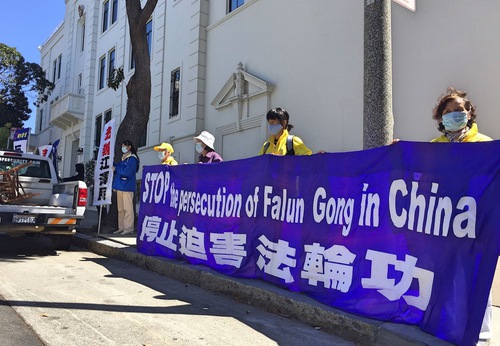 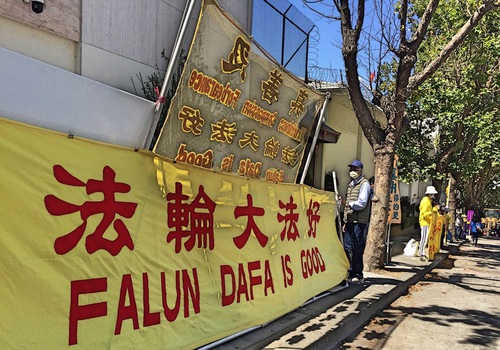 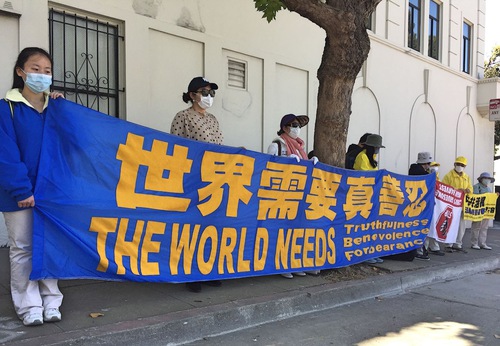 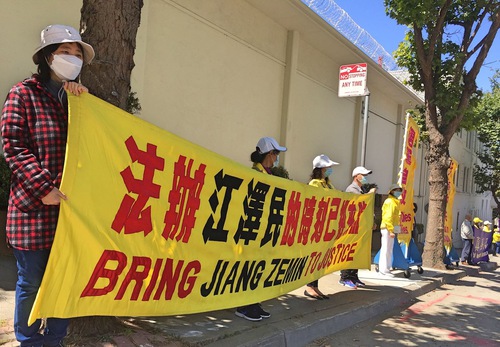 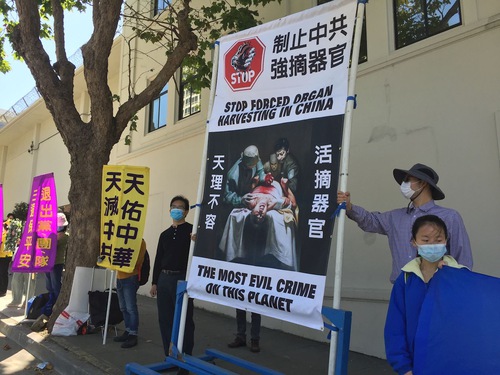 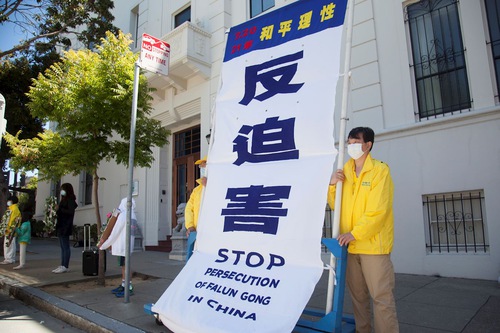 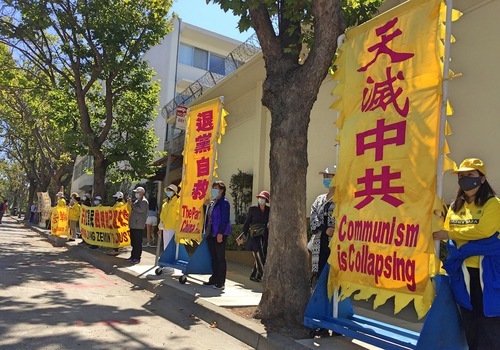 Falun Gong practitioners hold a rally in front of the Chinese Consulate in San Francisco to mark the 21st anniversary of protesting the persecution.

Falun Gong was first brought to the public in 1992. Within a few years, nearly 100 million people in China were practicing Falun Gong and had experienced improvements in their health and character by following the principles of Truthfulness-Compassion-Forbearance.

The CCP perceived the spiritual discipline's growing popularity as a threat to its atheistic ideology and launched the nationwide persecution of Falun Gong on July 20, 1999.

The brutal persecution has continued for 21 years. Falun Gong practitioners around the world have continued to raise awareness of the persecution and spread the grace of the spiritual practice.

Falun Gong practitioners hold large-scale events around the world to protest the persecution around July 20 every year. Due to the CCP virus pandemic (COVID-19), San Francisco had implemented a stay-at-home order from March 20 and started to lift restrictions step-by-step in June.

Nearly 100 practitioners went to the Chinese Consulate on the morning of July 17. They held banners up for the public to read while wearing face masks and maintaining appropriate social distancing.

“I browsed your websites and read lots of information,” a security guard named Juan told a practitioner. “What you do is great!”

Juan said he knew that the global pandemic was caused by the CCP’s coverup and disinformation. He said many people don't know that much about the CCP and might not agree with practitioners. He said he would tell these people to learn about Falun Gong, because what practitioners say is true. He thanked practitioners for their efforts.

Ms. Huang, one of the organizers of the event outside the consulate, said that the CCP’s persecution was based on lies and violence. The CCP tortures practitioners and conducts organ harvesting from living Falun Gong practitioners for lucrative profits.

Practitioners conduct awareness-raising activities and advise Chinese people to renounce their memberships in the CCP and its affiliated organizations for a safe future. The CCP has committed countless crimes and will eventually collapse. When that happens the perpetrators will be brought to justice.

Ms. Huang said the CCP’s initial coverup of and disinformation campaign about the coronavirus outbreak caused the virus to spread around the world. Nearly 600,000 people have died from the pandemic, and more and more people have come to see the CCP’s evil nature.

“Along with exposure to the CCP’s coverup, more and more people are awakening and resisting the CCP,” Ms. Huang said. “After understanding the CCP’s nature, people spread the information to others and help more people become aware.”