(Minghui.org) The authorities in Nanchang City, Jiangxi Province continue to harass a local resident after she was released on April 3, 2020, having served two years in prison for her faith in Falun Gong, a mind-body practice that has been persecuted by the Chinese Communist Party since 1999.

Ms. Xia Mingjin, 55, was arrested on April 3, 2018 while hanging Falun Gong banners on the streets. The police interrogated her for over 30 hours in the basement of the local police station. Wearing only a short-sleeved shirt, Ms. Xia was freezing at night and kept coughing, after the temperature dropped at night. She was transferred to Nanchang No. 1 Detention Center on April 5.

In August 2019, Ms. Xia was put on trial and sentenced to two years in prison in October. She appealed against the verdict, but was informed by Nanchong City Intermediate Court on January 9, 2020 that the term was upheld.

Due to the tremendous pressure, poor living conditions in the detention center, and worries about her family, Ms. Xia developed severe insomnia. Her memory also became worse. By the time Ms. Xia was released on April 3, 2020, her family saw that the once beautiful and cheerful Ms. Xia now wearing a dull look and looking aged with a head full of gray hair. 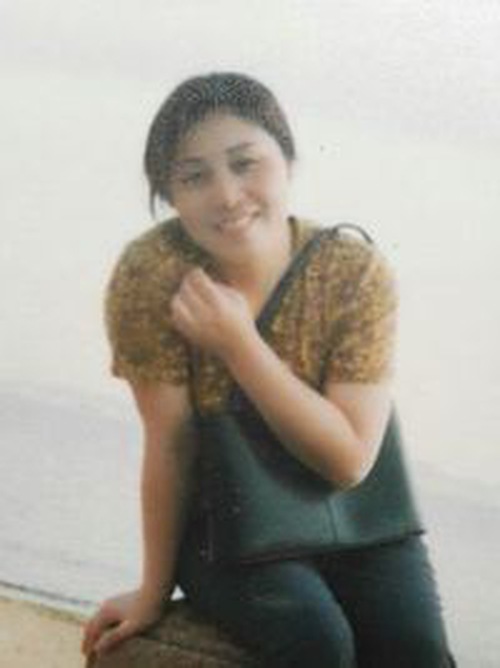 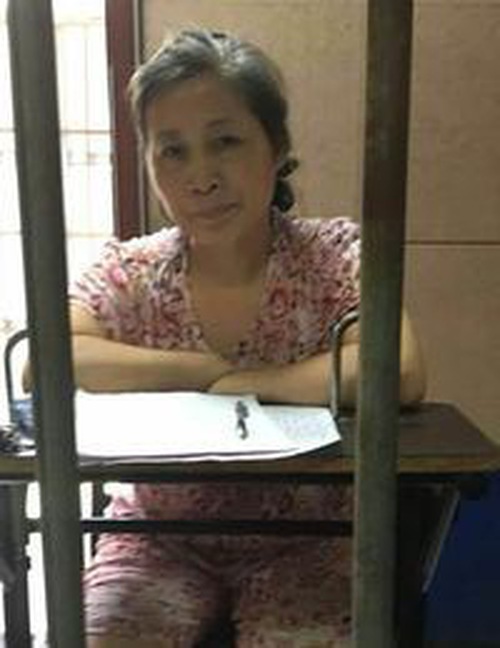 Ms. Xia Mingjin during her imprisonment

Despite being released, Ms. Xia continues to face harassment from the police. The police ordered her to report to them every month and write thoughts reports. They also took her fingerprints and recorded some of her personal information, including the size of her shoes.

When Ms. Xia refused to follow the police's requests, they called her husband in attempts to pressure him.

Ms. Xia was arrested while distributing informational DVDs about Falun Gong in a village on September 25, 2011. She was taken to the Nanchang County Detention Center. The police went to her son's home on September 29 to harass him.

Ms. Xia was given one year of forced labor and transferred to Jiangxi Women's Forced Labor Camp on October 30, 2011. As soon as she entered the labor camp, the guards made her stand for three days and two nights. Afterwards, two guards instructed inmates to drag her around the lobby. She was not allowed to close her eyes, or the inmates would flick her eyelids with their fingers. At the end of the torture, Ms. Xia's legs were severely swollen and both her eyes were red and painful.

In the next three months, Ms. Xia was forced to watch videos that slander Falun Gong from morning to midnight. Due to pressure from the labor camp, her aunt and son tried to force her to renounce her faith.

In the labor camp, Ms. Xia witnessed how Falun Gong practitioners' movements were restricted to a small dark room and often humiliated, sworn at, and beaten by the guards and inmates. Those who refused to transform were locked up in a solitary confinement room and not allowed to buy daily necessities, use the restroom, and had to adhere to a five-minute limit for showering and doing laundry.

The Ministry of Labor's law stipulated that inmates' working hours should not exceed six hours a day. In actuality, every inmate had to work for over 10 hours a day, and sometimes had to work overtime.

When Ms. Xia was held at the labor camp, she was forced to assemble thousands of calculator parts. The repeated assembling of the calculators' batteries resulted in severe pain in her right thumb, causing her to be unable to fall asleep. Her eyesight became worse and her weight dropped.

When Ms. Xia's son and daughter-in-law visited her in March 2012, the deputy director and team leader sowed discord between them by telling the couple that she was not allowed to go home, as she refused to be transformed and that she “chose Falun Gong over her family.” Her son and daughter-in-law believed the officers' words and stopped visiting her.

As Ms. Xia refused to be transformed, the labor camp extended her term by 17 days. She was released on October 11, 2012.

In August 2015, Ms. Xia was reported to the police while distributing Falun Gong materials. She was detained for 15 days.

Ms. Xia used to suffer from severe sinusitis and was told that there was no cure for her illness except to undergo surgery, which does not guarantee complete recovery. In December 1997, she heard her husband's colleagues talking about Falun Gong and decided to give it a try. She soon recovered.

Out of fear, Ms. Xia gave up practicing after the persecution of Falun Gong started. In 2007, she decided to start practicing again due to her deteriorating health. After regaining her health, Ms. Xia became steadfast in her faith and started to tell people about the persecution. As a result, she was arrested several times.

“Sichuan Woman Beaten and Detained 15 Days for Her Faith”