(Minghui.org) Falun Gong practitioners held an Information Day activity on Yliopistonkatu, a busy street in Turku, the former capital of Finland, on June 27, 2020. Practitioners introduced their traditional cultivation discipline, and many people stopped to learn more about Falun Gong and its persecution by the Chinese Communist Party. 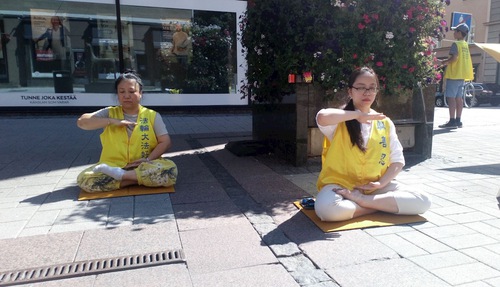 A local resident named Pauli said she had read a news report about the CCP’s organ harvesting from living Falun Gong practitioners. “It’s so cruel! I support all your work calling for human rights,” Pauli said.

Myjeebi, who works at Amnesty International, told a practitioner that he knew about the persecution pretty well. “I always stand with the people who are persecuted,” he said. 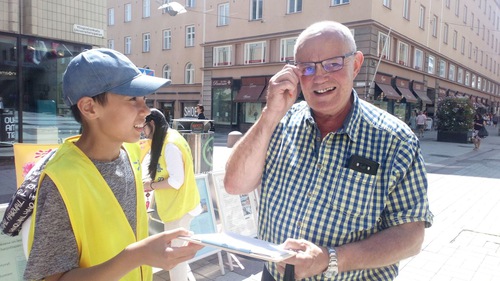 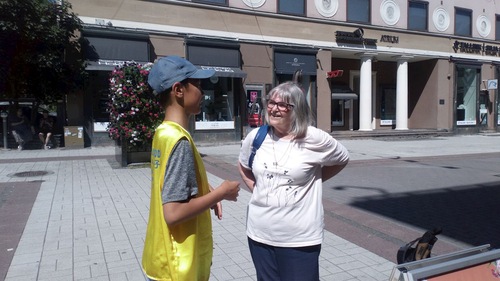 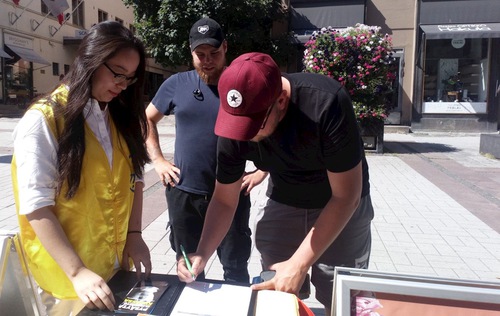 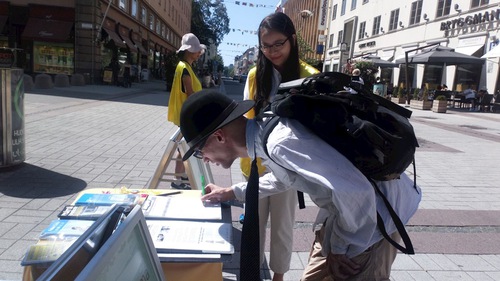 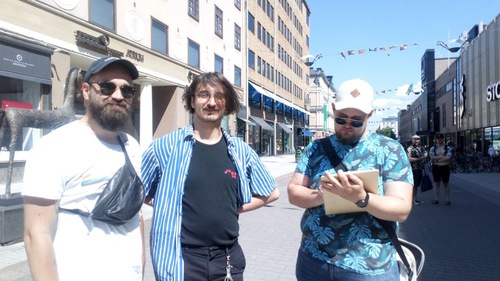 People in Turku sign a petition to support Falun Gong.

A culture and religion teacher signed the petition and told a practitioner, “I know about Falun Gong. What you are doing is very important.”

A young man named Jussi said he went to Shenzhen in China for a business trip a few years ago, and his visa and his colleagues’ work visas were canceled for no stated reason. “We couldn’t use even social media or mention any sensitive topics. I support your work,” he said.

A visiting scholar from Australia, Bryce said he was a loyal reader of the Epoch Times and knew a lot about the CCP’s persecution of Falun Gong. He signed the petition and expressed his support of practitioners’ peaceful campaign to stop the persecution.

“Carrying the Fa in My Heart”

“My Company Owner Stands on the Side of Justice”