(Minghui.org) Falun Dafa practitioners in Finland held an information day on June 18, 2020, in Lundi, a shopping center in Porvoo. Porvoo is on the southern coast of Finland approximately 50 kilometers east of Helsinki. They shared the benefits of practicing Falun Dafa and informed people about the Chinese Communist Party’s (CCP) persecution of innocent practitioners, especially the harvesting of organs from living practitioners. 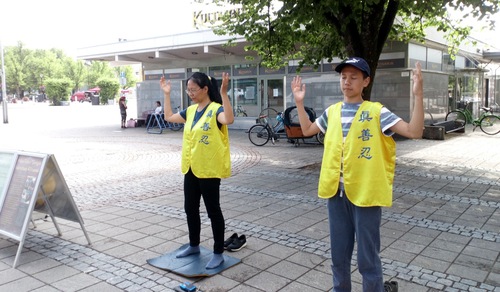 Falun Dafa practitioners demonstrate the exercises outside of the Lundi s shopping center in Porvoo.

Ilmari, a local man, said that he knew the CCP has no respect for human rights. He had been following the news about Hong Kong and the Uyghurs and thought the CCP was terrible. 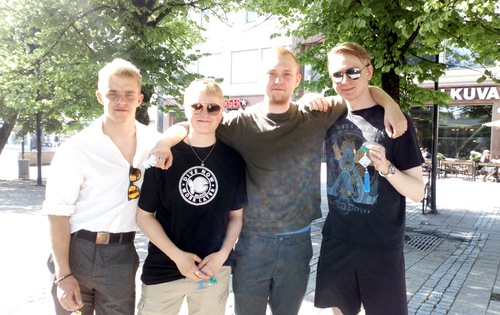 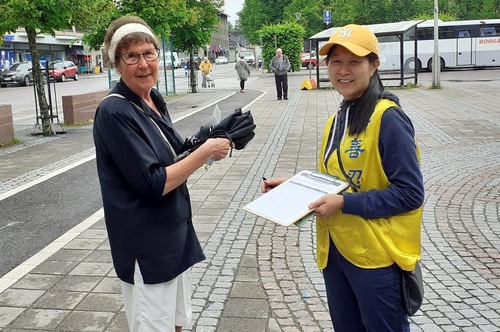 Markko, a business owner, was wearing a shirt with Chinese calligraphy on it. He told a practitioner he was interested in Chinese culture and hoped his signature would help stop the persecution. 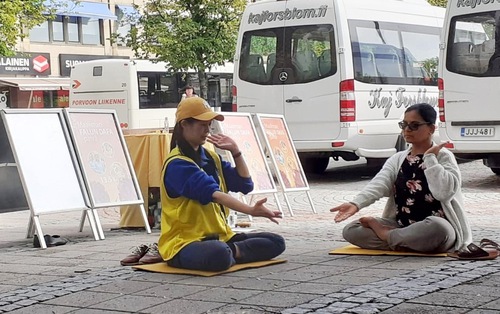 A woman named Elin asked to learn the Falun Dafa exercises. She was able to meditate with both legs crossed. She said, “This practice is good for everyone. The meditation gestures look like a Buddha’s. We’ll be protected.” She also accepted informational materials in Finnish and English.

A young man named Leevi and his friends took a brochure about the CCP’s organ harvesting as they passed by. They couldn’t believe such an atrocity could be taking place in the world today. They had heard about the Chinese regime’s violations of human rights, such as brainwashing and labor camps. They sincerely hoped the Finnish government would do more to help the Chinese people protect their human rights.

“Hebei Man Faces Trial for His Faith, Daughter Testifies to His Character”