Munich, Germany: Practitioners Expose the Persecution in China at Odeonsplatz

(Minghui.org) Bavarian Falun Dafa practitioners assembled at Odeonsplatz, a large square in central Munich, on May 30, 2020, to inform the public about the brutal persecution of Falun Gong in China.

The Chinese Communist Party's (CCP) cover up and disinformation have caused millions of people worldwide to become infected by the coronavirus. Germany has had more than 183,000 confirmed cases and over 8,600 deaths as of June 1, 2020.

Inside China, the CCP's crimes have caused even more harm. For the past two decades it has suppressed Falun Gong, a meditation system based on the principles of Truthfulness-Compassion-Forbearance. Since July 1999, the CCP has persecuted practitioners by subjecting them to detention, imprisonment, torture, and killing them through forced organ harvesting. 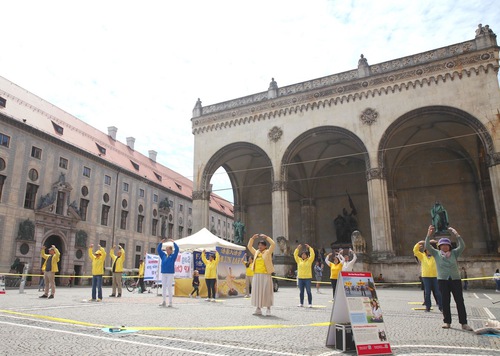 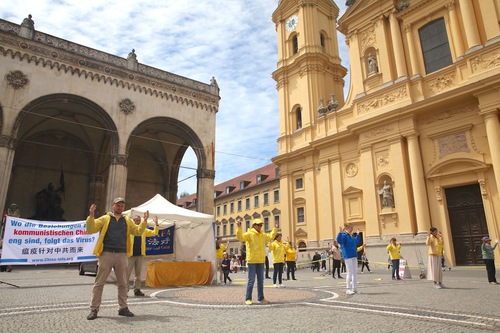 Exercise demo by Falun Dafa practitioners at Odeonsplatz in Munich on May 30, 2020.

Pedestrians stopped in front of the banners and large posters to read the information, especially the information about forced organ harvesting. Some people also signed the practitioners' petition calling to end the brutality in China. 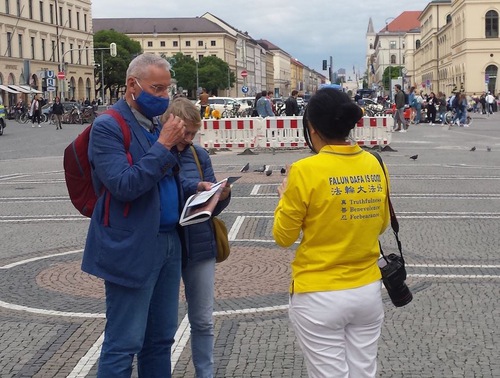 A practitioner talks with a passerby about the persecution in China.

Arnsberg, an artist working in Munich, was drawn over by practitioners doing the peaceful exercises. He talked with practitioners for a long time and was shocked to hear how practitioners had suffered for their belief. 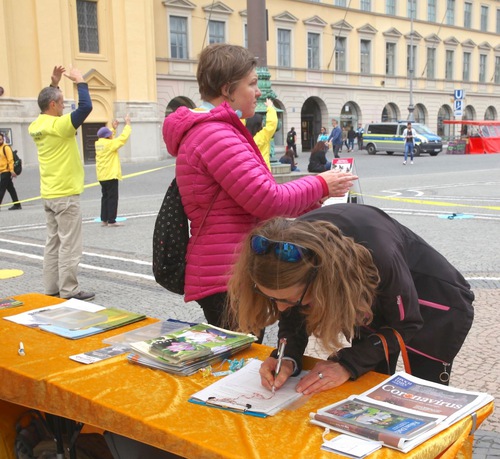 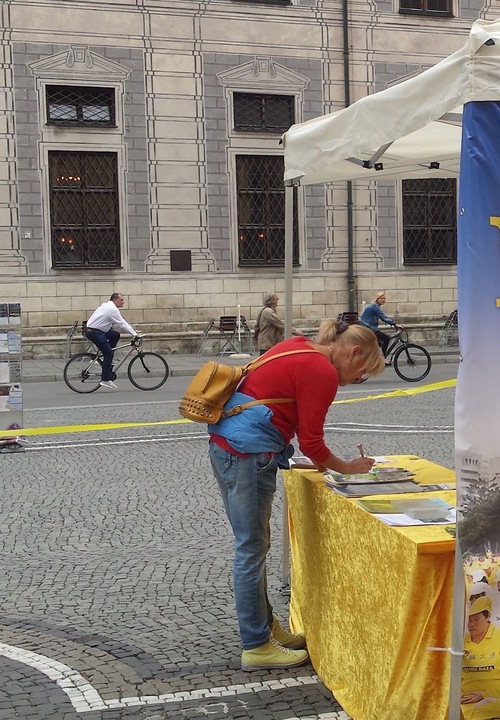 Arnsberg said because of economic interests Western countries have supported the growth of the CCP over the past few decades while ignoring its human rights violations.

“I don’t understand why people care so much about money,” he said, “When material interest is the only goal in our life, we will run into trouble.”

Arnsberg signed the petition and said that spiritual pursuits are important for any society. He wanted to urge the German government to take action to stop the human rights violations in China. 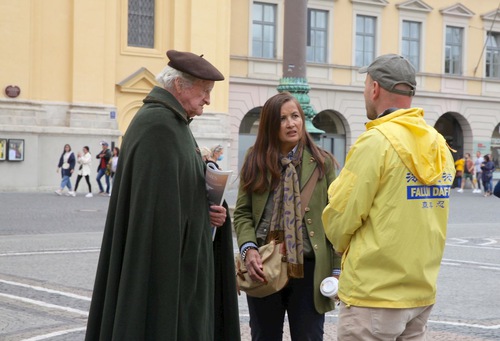 A couple from New York who are concerned about the situation in China.

A couple who work in the art industry in New York spoke with practitioners for a long time after signing the petition. They agreed that international society must step in to stop the Chinese regime from committing more bad deeds, before it is too late.

“We should follow our principles instead of bowing to totalitarian regimes like the Chinese Communist Party,” the husband said, “Otherwise, the consequences could be devastating, as we have seen now.”

“Qinghai Policeman and Wife Persecuted to Death for Their Faith, Father Died of Grief”