(Minghui.org) The Metropolitan Municipality of Mersin, Turkey, invited Falun Dafa practitioners to hold activities at the seaside on June 13, 2020, after the city lifted the Wuhan virus (coronavirus) restrictions.

Throughout the day, practitioners demonstrated the exercises, distributed leaflets, and talked to people strolling along the pedestrian pathway about the practice. They also raised awareness about the persecution of Falun Dafa in China. 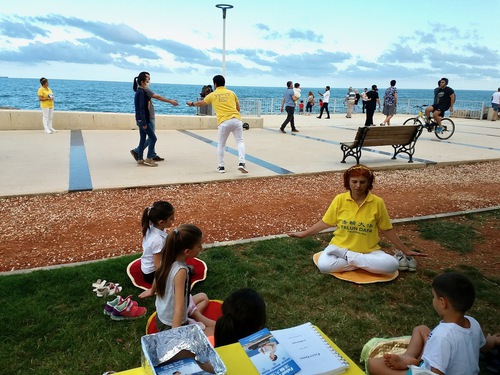 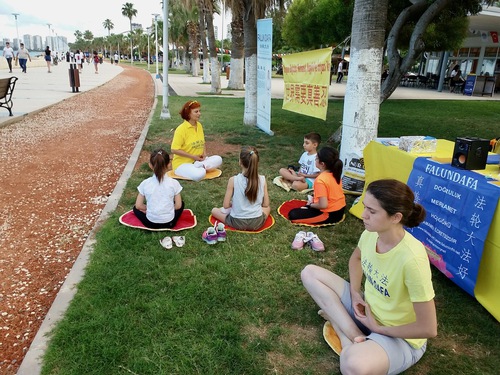 Practitioners distributed leaflets to people on the crowded pedestrian walkway and showed children how to do the exercises.

City organizers and officials in the Metropolitan Municipality of Mersin have been very interested Falun Dafa and have supported previous activities held by practitioners. The municipality invited them to do the exercises on the city’s busiest coast twice a week. 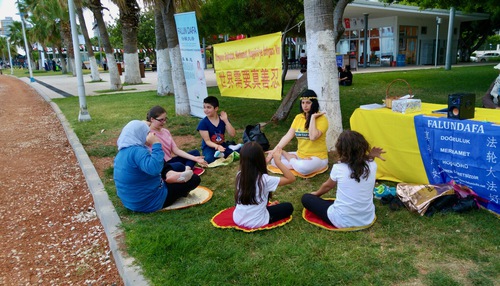 Mersin is a southern city near the country of Syria, and many Syrian immigrants live in and visit the city. Syrians were indeed interested in Falun Dafa and were given brochures written in Arabic. Several Syrian children learned the exercises and practiced them for half an hour. 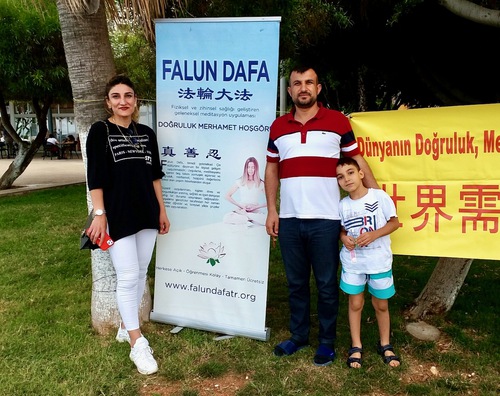 Mrs. Serpil and her family from the city of Batman 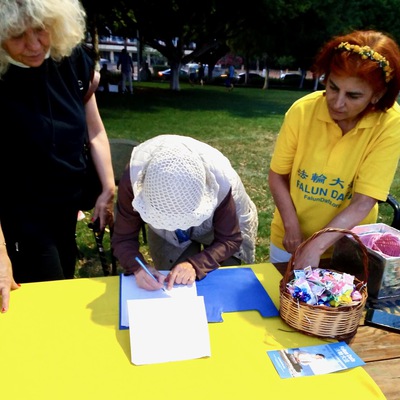 Mücella and her mother sign the petition to end the persecution.

Mücella loves Falun Dafa even though she is not a practitioner. She and her 83-year-old mother came to the activity to support the practitioners. Mücella’s brother was infected with the coronavirus and had to be intubated and put on a respirator. He was in intensive care for three months. Mücella repeated the words “Falun Dafa is good, Truthfulness-Compassion-Forbearance is good” all the time he was in intensive care. Her brother finally recovered. Her 83-year-old mother and Mücella signed the petition calling for an end to the persecution of Falun Gong in China.

“Two Women Detained for Their Faith, Lawyer Not Allowed to Enter Not-guilty Plea”

“Immersed in the Boundless Wonder of Dafa”