Officials Order Woman of Faith Cremated While She Is Still Alive

(Minghui.org) When Ms. Li Mei had just turned 28, she was cremated alive after she lost consciousness from savage beatings for upholding her faith in Falun Gong.

The police in Hefei City, Anhui Province, informed her family that she had committed suicide by jumping off a building. Her family saw her body at the funeral home on February 1, 2001, and found that it was still warm and showed signs of life. Instead of resuscitating her, the authorities removed her family and ordered her cremation.

Her sister, Ms. Li Jun, exposed the authorities’ wrongdoing online. She was arrested and died in prison 10 months later, in December 2001.

Falun Gong, also known as Falun Dafa, is a spiritual and meditation discipline that has been persecuted by the communist regime in China since 1999.

Ms. Li Mei, took up Falun Gong in 1996 and recovered from asthma and other illnesses without seeking medical help. She also became optimistic and outgoing. She actively took on tasks at work without complaining, and she gladly volunteered to receive the smallest bonus so that others could have more. 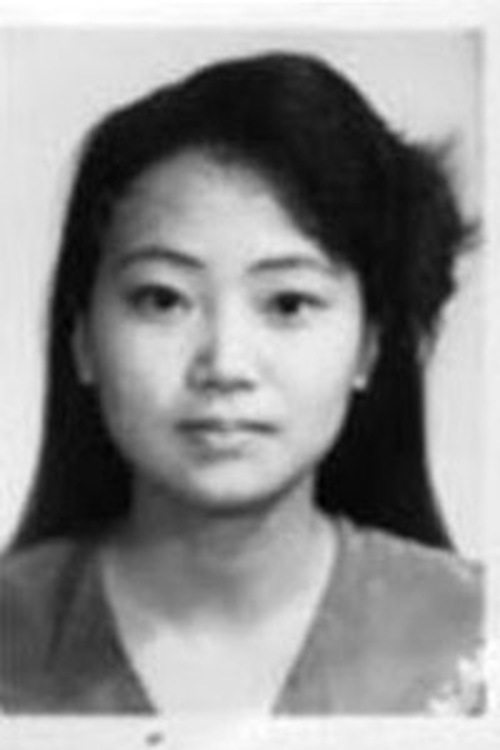 After the Chinese Communist Party started its persecution of Falun Gong, Ms. Li and four other practitioners went to petition the central government in Beijing in November 1999. The Beijing police arrested and beat them. She was taken back to Hefei and detained for 15 days in a brainwashing center.

As soon as she was released, she undertook another journey to Beijing, on foot, to avoid being arrested. After walking for two days, two women offered to let her stay at their home for the night. Eager to get to Beijing, she got up and left at 3:00 a.m., leaving behind the only valuable thing she had with her, a pair of wool pants, to show her appreciation to the house owner. She quietly went on with her journey. The two women later caught up with her and helped call her sister, who decided to join her with three other family members.

All five of them were arrested in Beijing and transferred back to Hefei. They were locked in Hefei Detention Center and later taken to a brainwashing center.

Imprisoned and Tortured for Making a Banner

Ms. Li was arrested yet another time and detained for 15 days in April 2000 for doing Falun Gong exercises in public. After her release, she went to to Beijing to appeal for Falun Gong for the fourth time.

On her way to Beijing, a person reported her to the police for making a Falun Dafa banner. She went on a hunger strike after being transferred to a brainwashing center in Hefei. Nine days later, she was put in Anhui Women’s Forced Labor Camp with no due process.

In the forced labor camp, Ms. Li was handcuffed for doing the Falun Gong exercises. Once she was cuffed to the upper bunk of a double bed, leaving her hanging with her toes barely touching the floor. This caused excruciating pain and injured her shoulders and wrists. She was watched around the clock by other prisoners and deprived of food and sleep. During the day, the guards forced her to do dirty and heavy labor.

Her mother and sister went to visit her on January 26, 2001, but an officer denied them visitation. Her sister questioned the officer and suspected that the prison had tortured Ms. Li and hence didn’t want them to see how terribly she’d suffered. The officer said that Ms. Li was being closely monitored every day and that nobody could visit her.

Four days later on January 30, the authorities informed Ms. Li’s father that she was dying. When her family got to the No. 105 People’s Liberation Army (PLA) Hospital, a doctor told them that she had a brain injury and organ failure. Her vital signs were weak. Her family was only allowed to see Ms. Li from afar with their hands bound by police. Ms. Li’s face was swollen, and blood oozed out of her eyes, ears, nose and mouth. A piece of cloth was wrapped around her neck, and she was covered from the neck down.

On February 1, the authorities sent a police vehicle and took Ms. Li’s family to a funeral home. The family was told that Ms. Li had committed suicide by jumping off a building and that she should be immediately cremated. Her mother questioned, “Wasn't she closely watched every day? How could she jump off a building?”

Officials Order Her Cremation While She Is Still Alive

Ms. Li’s family insisted on having a coroner perform a medical examination to find out how she had died. The police demanded that they not take photographs, audio, or video of the process. In order to see her for the last time, the family agreed. Around the same time, the Governor of Anhui Province ordered dozens of police vehicles to block all roads to the funeral home.

The family were told that Ms. Li stopped breathing at 6:05 a.m. By the time her sister brought clothes for her to change into at 9:00 p.m., her body was still warm despite sitting in the cold winter weather for 15 hours.

Her sister shouted, “Why would you cremate her!? She’s still alive!” The other family members touched the body and felt the warmth also. A female officer reached out her hand to touch the body and immediately retracted her hand, looking horrified. Her voice trembled, “It IS warm!” As she spoke, all the officers went to another room.

Ms. Li’s sister and other family members took this opportunity to closely examine her body. They found a two-inch-long fresh stitch under her chin. Her abdomen had several cigarette-butt-sized spots. Tears came down the families’ faces. In crying, her father yelled, “There will be karmic retribution! Instead of reviving her, you put her in a funeral home. You have no conscience!” Several officers stood on the side and sneered at the family.

Sister Killed After Exposing Her Story

As soon as Ms. Li’s sister, Ms. Li Jun, went home, she wrote down how Ms. Li was detained and the wounds and scars they had found on her body at the funeral home. They showed that Ms. Li had died of torture. She posted the information online to reveal the crimes committed by Chinese Communist Party against Falun Gong.

Ms. Li Jun and her husband, Mr. Wu Xing, quickly left Hefei for Shanghai to avoid retaliation from the authorities.

During the APEC Meeting in Shanghai on October 20 and 21, 2001, the police did a door-to-door search for dissidents to ensure that no one would cause trouble and expose the regime’s human rights violations during the meeting. Ms. Li Jun and Mr. Wu took the opportunity to tell people about the persecution of Falun Gong and the brutal torture faced by practitioners. Both of them were later arrested.

Soon the family heard that the Ms. Li Jun was hospitalized with severe hepatitis. Ms. Li Jun had always been in good heath, and her family did not believe that she could soon become critically ill under normal circumstances. Before the family could get to Shanghai to see her, the authorities told them that she had been transferred to the Hefei City Infectious Disease Hospital. When her family finally arrived at the hospital, Ms. Li Jun was on the verge of death. She passed away in early December 2001.

Sadly, Our Li Mei Has Passed Away -Another Falun Dafa Practitioner Dies as a Result of Abuse