Germany: ‘Please Keep This Up—Everyone Should Know the Truth’

(Minghui.org) Visitors to Marienplatz in Munich, Germany, on June 10, 2020, had an opportunity to learn about Falun Gong and the fact that the Chinese Communist Party (CCP) is persecuting the practice in China.

At their activities last week, Falun Gong practitioners reminded people that the CCP’s persecution has lasted for nearly 21 years, partly because the international community has remained largely silent about the persecution due to economic interests in China. The tacit accommodation of the CCP’s violence has had dire consequences for Falun Gong in China.

“Please keep it up. Everyone should know this,” a young man said. His wife agreed. They appreciated practitioners' efforts and wished that politicians would speak up for human rights in China. They disagreed with the current policy of putting economic interests above human rights. 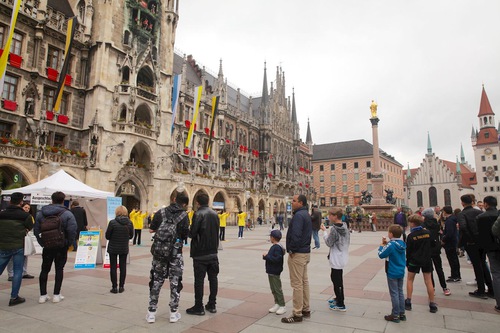 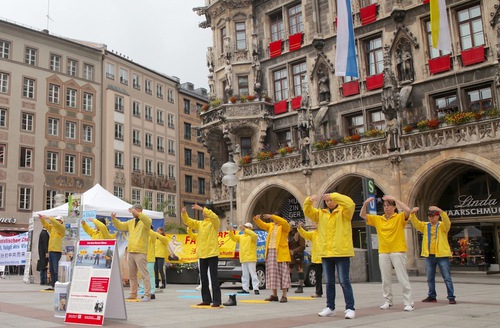 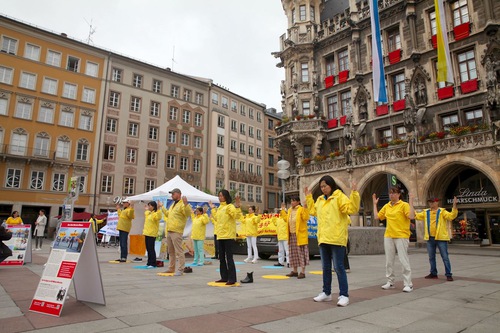 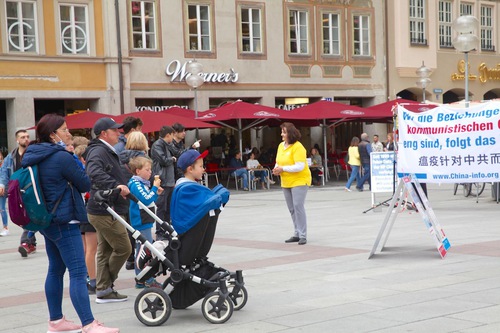 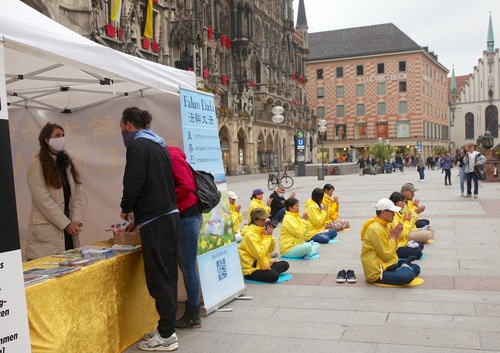 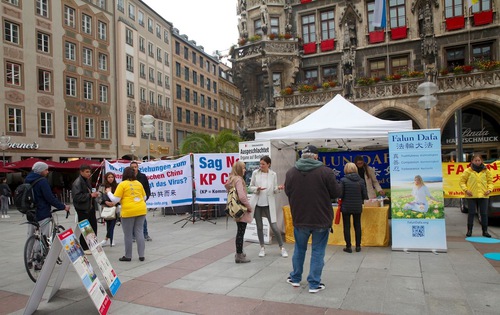 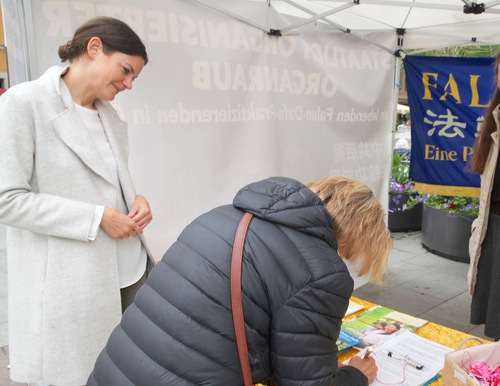 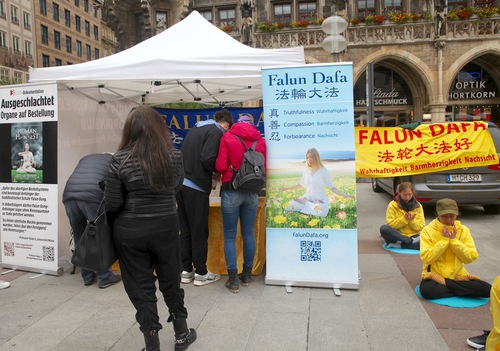 Wearing bright yellow jackets, several practitioners demonstrated the exercises at Marienplatz, while one explained what they were doing to interested passersby. People paused to watch the demonstration and read the posters with Falun Gong information.

Some people asked for fliers that they could take to read and wanted to sign the petition to protest the persecution. Several asked what they could do to help stop the persecution in China. Many people thought the CCP was irrational for persecuting practitioners who follow Truthfulness-Compassion-Forbearance.

An elderly man spoke with a practitioner for a long time. He said he could not imagine how some people could be so barbaric that they would harvest organs from living people. He said the CCP's state-sanctioned live organ harvesting must be exposed worldwide and that Falun Gong practitioners should not be persecuted.

Finding out that the CCP persecutes practitioners in China unsettled him. “That is crazy. Such peaceful people are subjected to organ harvesting and killing? It’s terrible,” he said.

Falun Gong was first taught to the public in 1992. Nearly 100 million people across China were soon practicing Falun Gong after experiencing improvements in their health and character. Jiang Zemin, former head of the Chinese Communist Party (CCP), perceived the spiritual discipline's growing popularity as a threat to the Party's atheistic ideology and issued an order to ban Falun Gong on July 20, 1999.

Minghui.org has confirmed the deaths of thousands of Falun Gong practitioners in the persecution over the past 21 years; the actual number is suspected to be much higher. More have been imprisoned and tortured for their faith.