The Journey of a Taiwanese Doctor’s Cultivation

(Minghui.org) Jiang Minxian is a doctor with two degrees in Western and Chinese medicine who works at a hospital in Kaohsiung, Taiwan. She grew up in a Buddhist family, and heard a lot of stories about heaven and hell. She believes that good is rewarded and evil faces retribution.

In 2003, Dr. Jiang learned about Falun Dafa and practiced it for a short period of time. For various reasons, she didn’t continue. Last year she resumed her cultivation. What made her change her mind?

When she was little, Dr. Jiang’s parents had high hopes for her and forced her to give up all kinds of hobbies and forms of entertainment so she would get good grades in school. She gave in to the pressure. In high school, she often asked herself what the real purpose of life was, where she came from, and where she was going.

She read a lot of stories and poetry from Buddhism and Taoism. She wondered what real Buddhas and Taos were like, and how to become one. “Is it true that one can become a Tao if he or she hides in a mountain?” she kept asking, and never found the answer. 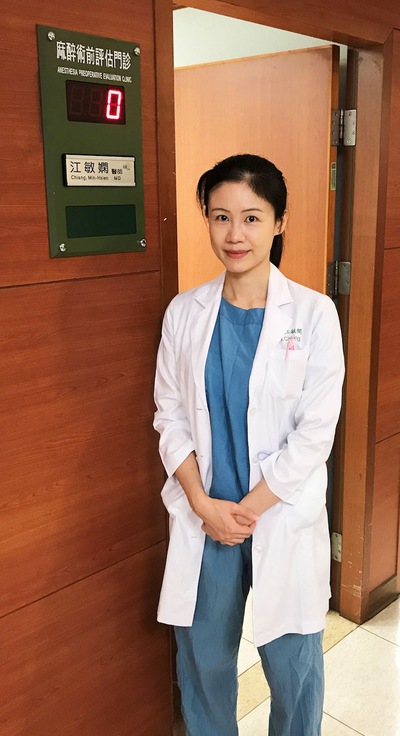 When she was a sophomore in college, one of her classmates introduced Falun Dafa to her and gave her a copy of Zhuan Falun (the main book of Falun Dafa.) Zhuan Falun answered all her questions about life.

Minxian joined a local exercise site and co-founded a Falun Dafa club with her classmate at her college. She also participated in activities to introduce Falun Dafa to the public.

“That was a happy time,” she said. “I found the answers to my questions about life. Practicing released my stress and healed my nasal problem, which was caused by frequent overnight work.”

However, Minxian failed to keep up with her practice. She was too shy to do the exercises in public or ask fellow practitioners her cultivation questions. The heavy schoolwork took too much of her time. Since she didn’t understand the essence of cultivation, she gradually dropped out.

“I often saw Dafa information and I knew that Dafa is righteous, which positively impacts society and its practitioners. But cultivation is hard, and I was too lazy,” she said.

Minxian became a doctor and got married. She read a lot of psychology books for dealing with stress and took some classes on communication and management. She often went to the gym, hoping to gain health.

“But I still often got the flu,” she said. “Then I found out that working out may not necessarily make you healthy.”

Minxian’s son has had bad allergies every winter since birth. During the winter, he had rashes and asthma and kept coughing overnight. Minxian had to take him to the hospital once a week. All the therapies they tried failed.

Last year, Minxian’s grandfather was sick. Every week she needed to drive several hours to visit him. There was a billboard on the highway with a few giant words: “Falun Dafa is good.” The words touched Minxian’s heart and reminded her of cultivation. A few weeks later, one day in October, she picked up the book Zhuan Falun and resumed her practice.

She got on the Minghui website and read practitioners’ articles about their cultivation experiences and understandings of the Fa. She tried to follow the principles of Truthfulness-Compassion-Forbearance in daily life, and learned how to look inward for her own faults during conflicts with others.

She read the book every night after her son fell asleep. A few months quickly passed. When spring arrived, all of sudden Minxian was surprised to find that her son didn’t have any allergy symptoms.

“Master Li Hongzhi, the founder of Falun Dafa, said that if one practices Falun Dafa, the whole family will benefit,” she said. “My son’s case proves this. I really deeply appreciate Master’s help.”

One day, Minxian read Zhuan Falun next to her son. The boy was curious what the book was about. He was able to read, so Minxian showed him the cover of the book and taught him to recite “Falun Dafa is good; Truthfulness-Compassion-Forbearance is good.” She also played several cartoons made by Falun Dafa practitioners and taught him Master’s poems.

Minxian felt lucky that she had a chance to resume cultivation after dropping out for so many years. She has developed a much more profound understanding of the teachings. She realized that as a practitioner, it is her responsibility to tell the public what Falun Dafa really is, and help people to wake up from the Chinese Communist Party’s (CCP) lies.

As a doctor, Minxian is very busy at work, but she still finds time to join local practitioners’ efforts to make phone calls to China and clarify the truth of Falun Dafa to Chinese people. “I send text messages to China during my breaks,” she said.

Besides this project, she also joined a team of practitioners to expose the truth of COVID-19 to the Chinese people. The CCP has tried to cover-up the truth of the pandemic and lied to the Chinese people. Falun Dafa practitioners understand that the evil Party is the cause of the pandemic, so they believe that one will be safe from the virus if he or she abandons the evil Party.

“I try to tell the Chinese people that quitting the Party is the best way to avoid the virus,” she said. “I also tell them to remember ‘Falun Dafa is good; Truthfulness-Compassion-Forbearance is good.’”

The massive death toll in China during the pandemic saddens Minxian. She spends all her time away from work calling Chinese people, “They have fears, and often hang up after a few seconds.” She went on to say, “But I believe that our efforts are like smashing ice with rocks. One or two rocks may not break the ice, but if we are persistent and collaborate well, we will break the ice. People will be saved if they learn the truth and quit the Party. I believe that more and more people will be saved if we don’t give up.”